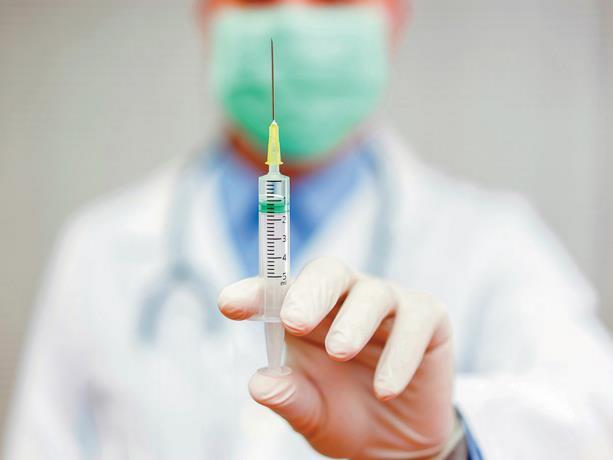 Vaccines based on messenger RNA have helped put a stop to covid-19, a technology that, however, was initially conceived to try to develop cancer vaccines, a fertile field of research thanks to better knowledge of the immune system and technical developments.

The head of the H120 lung cancer clinical research unit of the Spanish National Cancer Research Center (CNIO), Luis Paz-Ares, and Puri Fortes Alonso, a researcher at the Center for Applied Medical Research (Cima) of the University of Navarra ( northern Spain), they spoke with Efe about what the cancer vaccines are and the state of the research.

Right now cancer vaccines are experimental. What is normally used are those that serve to prevent some infections that, in the long term, can cause cancer, in the case of papillomavirus or hepatitis B.

However, in recent years there have been advances in understanding the mechanisms used by the tumor to evade the immune systemwhich has facilitated the development of immunotherapy strategies, including vaccines, said Paz-Ares, also head of the oncology service at Hospital 12 de Octubre in Madrid.

Added to this is a greater technological deployment, such as RNA-based vaccines, which have been seen to work in other contexts such as covid-19, and the improvement of prediction technologies on “which antigens may be important to help configure strategies of vaccines”.

Current studies focus on therapeutic vaccines, for when the tumor already exists, and are part of the so-called immunotherapies, which seek to boost our immune system so that it destroys it.

Vaccines help the immune system to attack something foreign, be it a virus or a cancer, “everything depends on how they are built”, and for this it is necessary to “design a vaccine that shows the immune system what is foreign, tell it against what has to go,” Fortes explained.

In general, vaccines are directed against an antigen, a foreign molecule that does not exist in healthy tissues, which the immune system will attack.

“In the case of the coronavirus, it is the Spike protein, which is in the virus envelope and is totally foreign to our body. In cancer, the ideal is for it to be something specific only to the tumor or preferably to it.”

In cancer, there are two types of foreign proteins against which vaccines can be particularly directed, the researcher pointed out.

The former are proteins that are only produced in one phase of life, for example in the embryo, but that are regenerated in many tumors. They are the oncofetal antigens against which a vaccine can be directed.

The second are the neoantigens; these are new proteins that are produced, for example, when certain mutations appear in the DNA of a tumor and that do not exist in the rest of the body.

It is about individualized medicine, but the trend now in research is to try to identify neoantigens that are not only specific to an individual’s tumor, but also those that occur in several patients and in different types of cancer, for example in colon or mom, Fortes said.

The vaccine thus includes various types of neoantigens that are considered to be common and that could work against a specific type of cancer.

To date, it is not yet known which of the two strategies will work better, individualized vaccines or those that serve more people.

“Maybe one works better for colon cancer and the other for melanoma, both possibilities are good,” said Paz-Ares, president of the Spanish Association for Cancer Research (ASEICA).

Combined with other immunotherapies

Research also differs on what type of vaccine is formulated. Some are made with a modified virus to express an antigen, the antigen can also be pricked directly, which are protein or peptide vaccines, and now those based on RNA are being studied a lot, of which there are also several types, Fortes listed. .

Currently, the researcher directs the Blanca project, with funding, among others, from the Spanish Association Against Cancer, for a vaccine against triple negative breast cancer and hepatocellular carcinoma, both of which have a poor prognosis. To do this, they will use genomic techniques and design an RNA-based vaccine.

Both researchers also agree in emphasizing the importance that vaccines can be combined with other immunotherapy strategies, with which to combat the mechanisms of immunosuppression or evasion of the immune system that tumors use and that are already applied to patients.

Cancer vaccine research is a “very active and relevant” field, said Paz-Ares, in which “interest and hope have increased a lot in recent years, because now we have much more knowledge.”