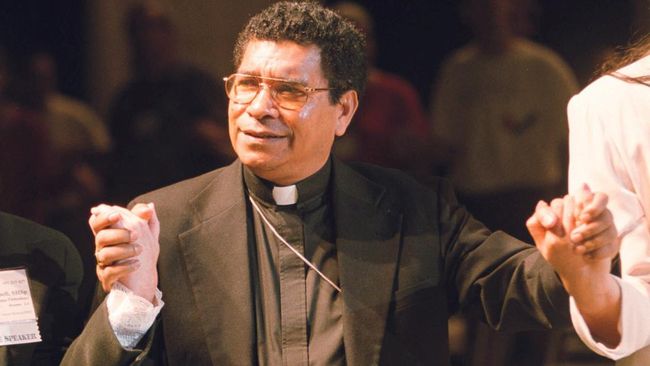 Vatican claimed to have imposed sanctions on Bishop Carlos Ximenes Belo (Bishop Belo) from Timor read of the sexual harassment scandals during the 1990s. Belo is an East Timorese independence leader and winner of the Nobel Peace Prize.

The Vatican announcement comes a day after a Dutch magazine, De Groene Amsterdammer, exposed Bishop Belo’s sexual abuse of a number of boys in East Timor during the 1990s, citing two so-called victims.

To De Groene Amsterdammer, two victims said they received sexual harassment from Belo at his home in Dili when he was 14-16 years old in exchange for money.

According to the magazine, there are still several other victims of abuse who have not spoken up.

Vatican spokesman Matteo Bruni said it had received allegations “about the conduct” of Belo in 2019 and within a year had imposed restrictions and bans on the bishop.

The sanctions included prohibiting Belo from carrying out his services as a Catholic religious leader and forbidding him to have contact with minors and the East Timorese party.

The Vatican, Bruni said, also imposed a series of other restrictions and prohibitions on Belo.

In his statement, Bruni said the sanctions were ‘modified and strengthened’ in November 2021. Bruni also mentioned that Belo had officially accepted the punishment on both occasions.

However, the Vatican did not explain why the then pope, St John Paul II, allowed Belo to resign as head of the church in Timor Leste in 2002, two decades before the scandal was revealed.

The Vatican also did not explain why it allowed Belo to be sent to Mozambique where he works with children.

The Belo scandal rocked Timor Leste because he considered the former bishop as a hero for fighting to win East Timor’s independence from Indonesia.

“We here are also surprised to hear this news,” said an official at the Archdiocese of Dili in East Timor, Thursday, to The Associated Press on condition of anonymity.

Several others said they would continue to support Belo for his contributions to the country and his struggle for independence.

“We accept and submit to any decision issued by the Vatican regarding the allegations against Bishop Carlos Ximenes Belo, whether they are true or false,” said Gregoriu Saldanha, who heads the Nov. 12 Committee, a youth organization founded after the Santa Cruz massacre.

He told a press conference in Dili that “we will stand with Bishop Belo, because we recognize, as a human being, Belo has weaknesses or mistakes like everyone else. If he makes mistakes, it is his personal fault, it has nothing to do with religion.”

He added that “We cannot ignore his kindness and what he has fought for for the people of East Timor. Belo is part of our struggle for independence. As a leader of the Catholic church, he has given support and solidarity to the people’s struggle.”