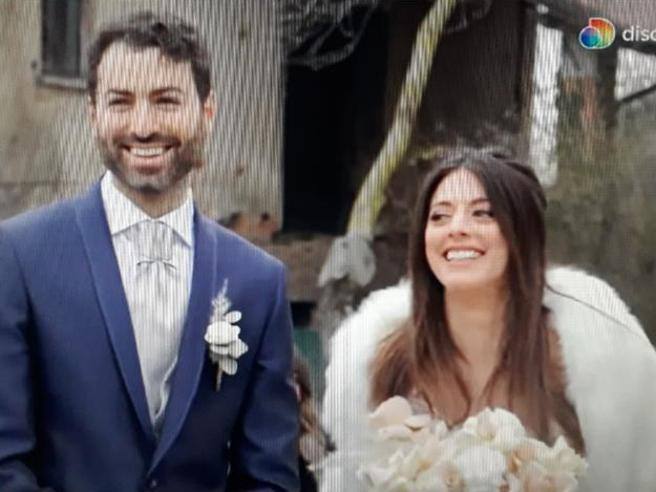 Not only wedding in the dark but also lightning, those celebrated on TV between the Veronese bartender Carolina Manfrin and the Mantuan art curator Paolo Lucas Vianini.After the match-fixing scandal and the video-shocks of a week ago, the sensational expulsion from the reality show of the newly married couple ended up in the maelstrom of suspicion and controversy. And so, theirs will not be remembered only as a wedding at first sight without ever having seen each other before promising the fateful yes, I want it in front of the cameras. Their legally valid union will pass above all to television history for having collapsed in record time amidst accusations and poisons.

Both kicked off the show for trying to mock everyone, production and audience, by feigning a nonexistent mutual interest. A deception of love in order to gain, by their own admission, visibility. Discovered and expelled, despite the recordings of the well-known program (which is already visible in preview streaming on Discovery + and will be broadcast on Real Time at the end of October) have not yet reached the final end. With an unprecedented measure in previous editions of the programnot even in the other countries where it is broadcast, yesterday the new spouses were both disqualified from production despite the fact that the video-shock released a week ago makes it clear that the greatest responsibility for the fool must fall on the Lombard art expert.

Dialogue in the house

The crime, the very serious violation of the regulation that caused their marriage to collapse at first sight and also their visibility on TV, had as a background the house where the couple had just started living together.

. It all happens when Lucas and Carolina are left alone from production: the two seclude themselves to speak in a low voice, convinced that their microphones are off and that they can confront each other away from prying ears. Their speech falls on a proposal previously made by her husband. Lucas had asked Carolina to simulate an interest in him so she could stay on the show and get that greater visibility which would also be useful in the workplace. But the Veronese wife is doubtful and she tells him: I have a little problem. Ever since you told me that your purpose is that thing… since you told me that your purpose is visibility… To agree because you have to get out of it well…. He blocks her and tries to reassure her: You have to be yourself. Sit down here. We met at the club and you said to me: “Look, Lucas, don’t snap me. If you understand it, I melt, I’m prettier. If you are not, however, I’m more… .za. ” And I told you: “Look, I understand”. To meet you I told you: “I also have a situation …”. But I didn’t tell you it had to come out cool … or ugly, I don’t give a shit … !. From there the spirits light up risking to precipitate events: in the face of Carolina’s no, who would have preferred to go through the str … of the situation rather than pretend, Lucas calls her deranged, forcing the show team to intervene quickly.

The intervention of the director

What are you saying, look at that we are listening to everything, the voice of an author blocks them. The experts of the program Mario Abis, Nada Loffredi and Andrea Favaretto, who had formed the couple on paper, combining them according to affinities, then confronted themselves with the newlyweds: according to the advances made known by the reality show, Lucas and Carolina would have tried to justify themselves and propose alternative solutions to the defenestration from reality. But in the end, the leaders still decided to remove them, also and above all out of respect for the other two couples of the show and for all those who were rejected in the casting phase. An epilogue to forget for the bartender from Verona who presented herself as jealous, moody and crazy. A crazier ending than that …