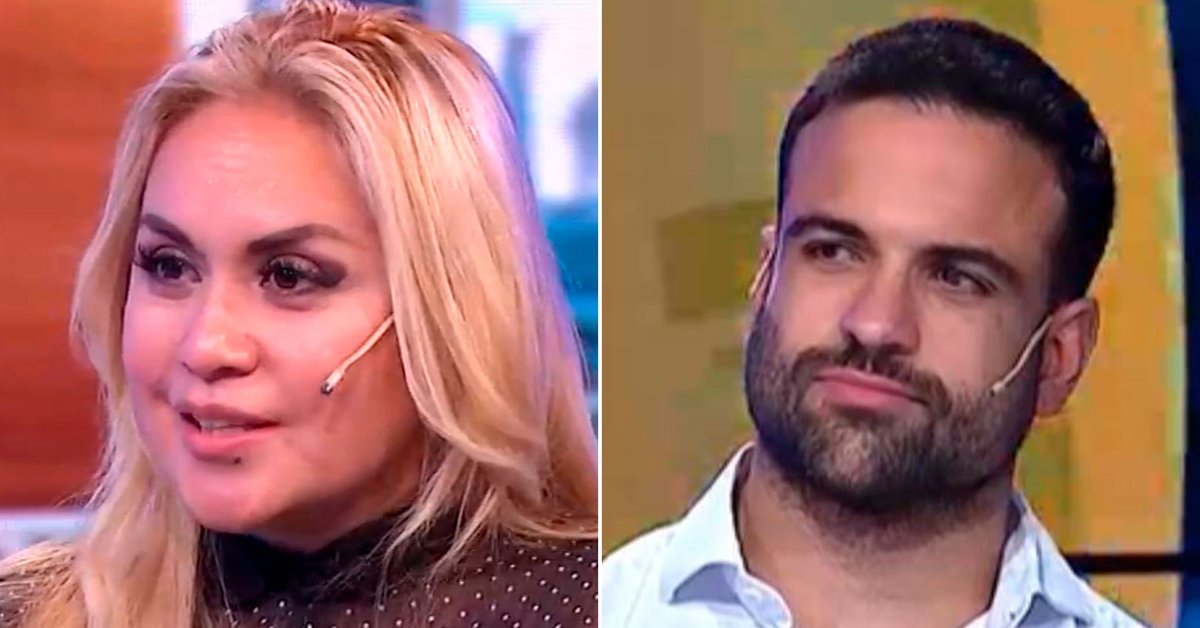 8 months after the death of Diego Armando Maradona, Justice investigates the health professionals who treated him during the last months. In the cause, the most complicated are the psychologist Carlos Diaz, the psychiatrist Agustina Cosachov and the neurosurgeon Leopoldo Luque. After the investigation, the addiction specialist spoke for the first time in an interview with Intruders and made harsh statements against Dalma, Gianinna and Verónica Ojeda.

The therapist assured that this was the first time he had seen the relatives of a patient dealing with “such ingratitude to the professionals” who took care of the soccer star. He also pointed out that “some people in his family were committed and others were not” with the situation. Regarding Dieguito Fernando’s mother, she stated: “Something from Verónica Ojeda hurt me a lot, which was public, and it was some audios that I heard from Diego completely intoxicated and she asking for money “.

How did Maradona’s ex react when she found out about these sayings? “I spoke with Verónica about the interview with Diego Maradona’s psychologist, but at this point you already know me, I try to put cold cloths because I do not take them as personal assaults,” explained the lawyer Mario Baudry in an interview with the journalist Juan Etchegoyen on Mitre Live. Then, he affirmed: “I understand that it is not useful to take it that way, My role is to contain Veronica and the main role, which Diego asked me, a paradox of fate, is to take care of his son ”.

Ojeda’s current partner stated: “My role is that this ends quickly so that Dieguito does not have a life full of problems and trials. May he be raised in freedom and live his life in the best way that he can and wants. And for that, I need to have a contained Veronica and understanding reality ”. In addition, he pointed out: “When they disqualify you every day on television and in the same program, it is evident that one explodes, but I feel that it does not add up, we have to dedicate ourselves to the cause and contribute the elements.”

See also  The tax authorities wrongly labeled Nazmiye as a fraud: "Does this never end?"

In addition, he took the opportunity to make an important clarification: “I do not filter information to the press, I am when they call me. I never call, they always call me. And I always tell you what I do, not the things that others do and always with my signature, with which the one who leaked the report of the experts to the press was Cosachov’s expert ”.

Finally, Baudry assured: “Those who sold the audios were not me, it was a lawyer who is in the cause. In the file, it says that the press of (Matías) Morla passed information to a journalist from The nation already a program of America. But all that is in the cause, and I am not in those files ”.

Dalma Maradona was the first to express her anger on Twitter after hearing Diaz’s statements on television. “¡This guy who is going to lie on TV forgets that there are thousands of chats presented in court saying the opposite of what he is going to lie on TV! You are not ashamed HDP! Why don’t you explain why you as a psychologist managed Cosachov’s salary? (sic)”.

“¡You are the worst of all! In the chats it is as you said that you were going to manipulate us so that ultimately the fault is ours! Everything is in Justice! And since you asked Agustina to lie to us saying where you came from… Because you were there because I had put you… (sic) ”, continued the actress. Finally, he noted: “I’m sick of them going on TV to talk about a topic that if they had done their job it would not have happened! Some psycho respect! “.

See also  Julian Nagelsmann and Diego Simeone were in a row, what's wrong?

While Gianinna also wrote strong messages on the social network: “Dear Carlos, I wish that your old people do not suffer this role. With all desperation I received you in my house, I swallowed your lies, your lack of truth, of loyalty to your title. Motherfucker. I’m not going to leave without you paying for each of your audios, for what you did, for your complicity ”.

“I am grossed out by people who for 1 rating point shit on their own convictions. Today I am very aware that he is so attentive to everything and everyone that he locates idiots from the sky. Sorry pa, they don’t know what they say, they lived all their lives from you. Forgive them ”(sic), said Benjamin Agüero’s mother. “They were like this all their lives, but with you they knew how to hide the lack of love. They never loved us unfortunately. We were always Claudia’s daughters, they did not know how to separate that we were also your daughters”, He concluded.

Joy Corrigan and her sister’s beach days in Miami, Bella Hadid’s romantic vacation with her boyfriend in France: celebrities in one click
ShowMatch’s Cuba: he arrived from the island 22 years ago, lived in a pension, today he is head of hairstylists and prays: “Hear the Cuban voice!”
Nicole Neumann’s eschatological comment about her marriage to Fabián Cubero and Mica Viciconte’s response: “If you don’t let go of your ex …”
Eight Hollywood stars who rose to fame without trying: a bank line, a plane crash and a tribune