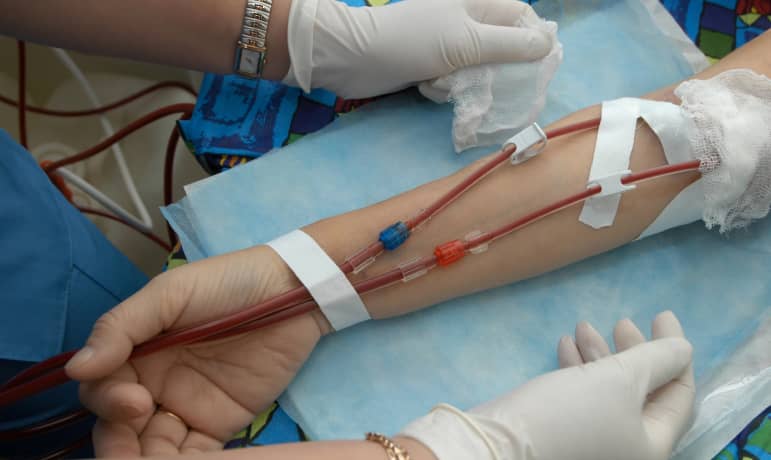 Results of the REDUCCTION trial, recently published in the BMJ show that the implementation of a multifaceted intervention was ineffective in reducing catheter-related bloodstream infections (CRBSI) in patients requiring a catheter for hemodialysis.

That multifaceted intervention consisted of a complete package of recommendations for catheter care during catheter insertion, maintenance, and removal. The REDUcing the burden of dialysis Catheter ComplicaTIons (REDUCCTION) trial is a cluster randomized study with a so-called ‘stepped wedge’ design. That is, after a baseline observation period, the intervention was introduced at center level on a randomization basis at three different time points.

The study involved 37 Australian centers, which included all (adult) patients requiring a new hemodialysis catheter to be inserted. This resulted in a group of 6,364 patients of whom a total of 1.14 million days of catheter use were observed. Between December 2016 and March 2020, twelve centers were randomized to the first, twelve to the second and thirteen to the third time point.