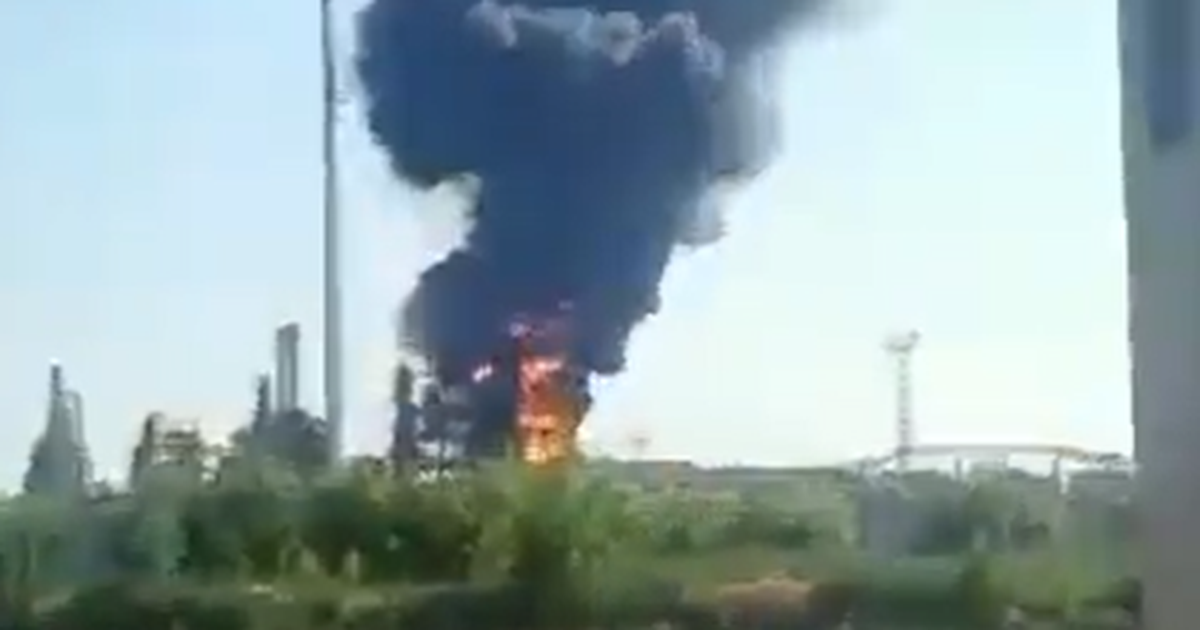 According to preliminary data, the fire at the refinery broke out at around 9 in the morning. The area of ​​вЂ ‹вЂ‹ the fire is 50 square meters. There are no victims.

A video has been posted on the Telegram website showing that the refinery is being attacked by a drone. The footage shows the unmanned aircraft approaching the factory and then dropping explosives on it. An explosion then ensued and a fire broke out.

The published video shows people behind the scenes judging whether the drone has not “entered Ukraine”.

A fire broke out at the Novoshakhtinsk refinery in #Rostov region, #Russia. It looks like explosives were dropped on the plant from a drone. pic.twitter.com/JOguzEtG54

Russian rescuers managed to put out the fire. Footage showing the remains of the drone has been published on the Telegram channel.

UNIAN reports that the Novoshakhtinsk oil refinery was commissioned in 2009. According to media reports, the plant is linked to Ukrainian pro-Russian politician Viktor Medvedchuk, whose godfather is Russian President Vladimir Putin.

See also  A painful journey from the war zone. The Ukrainian heroine still has cruel moments in her head