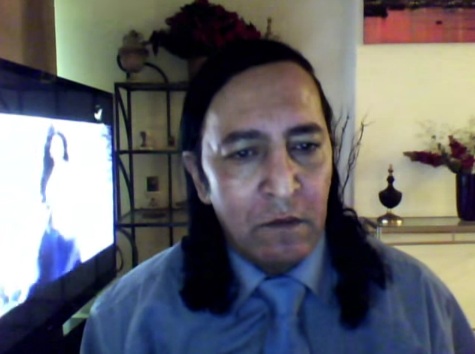 Only 6 months was the period between the death of the spy, Inshirah Moussa and her son, Adel Shaheen. Adel died on May 22, at the age of 63, after a struggle with cancer, while his mother, Inshirah, who was known in Israel as Dina Ben David, died a few days ago. .

Inshirah recently met her son, who became Rafael Ben David, after she traveled with her three children to Israel, after Israel separated them for many years. .

Ravel confirmed on his YouTube channel that he had been against his family’s espionage since the beginning of his knowledge of it when he was only 11 years old, and he even threatened his family to report them to the police, unlike his two older brothers, Muhammad and Nabil, who were happy with this matter, because of the money. The money they got from Israel.

Ravel did not report his family after they convinced him that his father had been wronged by his manager at work in the Suez Governorate after fabricating a bribery case for him in order to obtain a sexual bribe from his mother Anshirah. different parts of Egypt, despite his objection to that, as he claims.

When the Egyptian General Intelligence arrested the spy Inshirah Moussa, and her husband Ibrahim Saeed Shaheen, after they had filmed 72 films for some important military sites after the setback of 67, and Ibrahim Shaheen was executed, Ravel traveled with his mother Inshirah and his two brothers to Israel.

Despite the conversion of his religion and his family from Islam to Judaism, Ravel was not satisfied with life in Israel, saying in one of his videos, “The Israeli intelligence gave us a paper that protects us from anything that happens to us in Israel, so anyone from the police or from any side is trying to stop us.” We would give him the paper and he would leave us immediately.”

He added: “I always intended to return to Egypt, so after completing my studies at school and mastering the Hebrew language, they chose me to study hotel, between becoming a chef or a waiter, because these professions have a great salary in Israel, so I chose the most study I finished quickly, in order to travel to a European country For a few years, then go back to Egypt, I wanted to forget the past, forget the espionage and the joy of Moses and Ibrahim, forget everything and go back to my country.”

Ravel explained that he was sad for his presence in Israel, where he saw that he was excelling in studies, and he could have become an engineer or a doctor in his country, Egypt, instead of being forced to become a doorbell in Israel.

Ravel was able to leave Israel after 25 years of his presence there, and traveled to London to live there, cutting off all his relations with his family and his past, and then launched his own channel on YouTube to talk from Britain about his love for Egypt, and his regret for the story of his family and their association with espionage throughout their lives, and despite his failure to Returning to Egypt, he did not return to Israel again until his death last May.