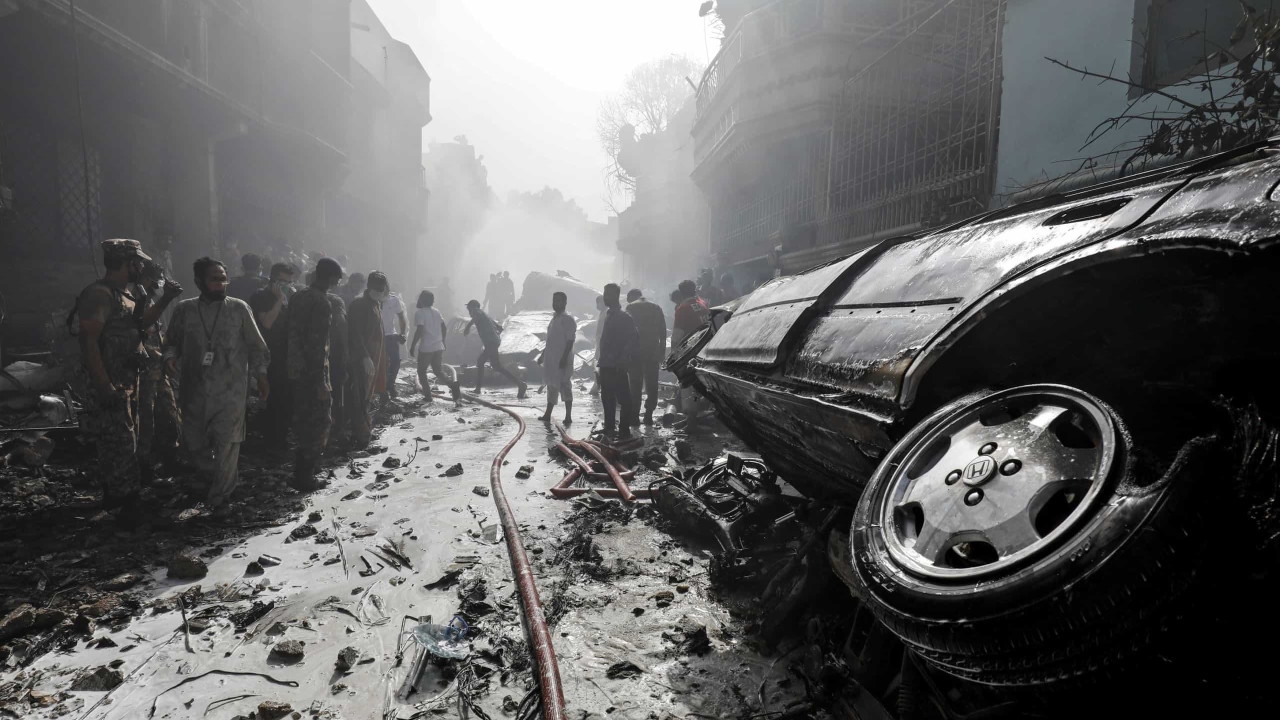 UA video posted on social media shows the horror scenario that was experienced in Karachi, in southern Pakistan, moments after the crash of a Pakistan International Airlines (PIA) plane over several houses.

PIA’s Airbus A320 tried to land two or three times before crashing into a area residential near international airport Jinnah, having destroyed at least five or six houses.

It is recalled that the aircraft carried 91 passengers and seven crew members, for a total of 98 people.

Civil aviation authorities Pakistani said they believe there are two survivors, but broadcasters television Locals are reporting that at least six passengers, who were flying in the front row of the plane, may have survived. Among them will be a baby.

Police and soldiers are trying to isolate the area the accident, where many people came with curiosity to understand the dimension of the tragedy.

Also Read: Plane that crashed in Pakistan carried 98 and not 107 people on board