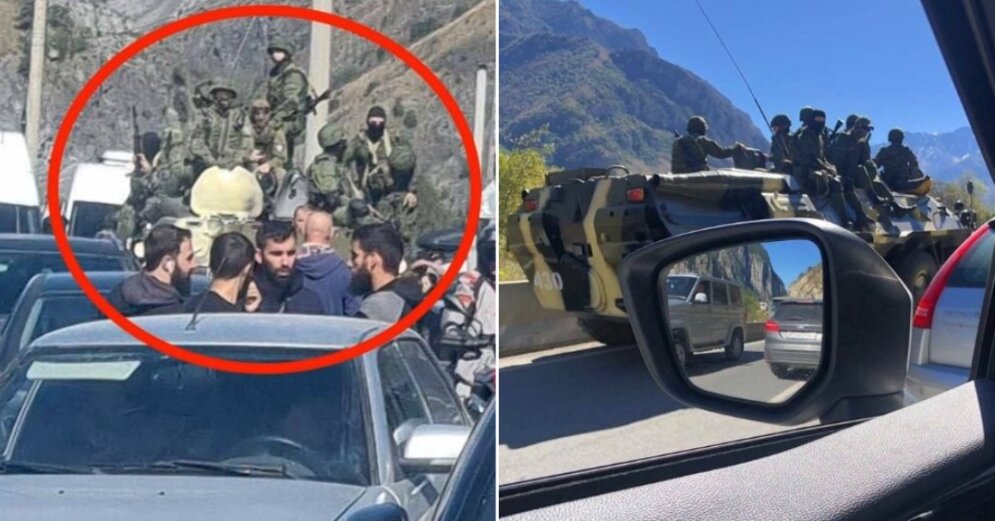 One of the lines of cars in Russia at Georgian the borders stretch 16 kilometers long, according to satellite images of the US company “Maxar Technologies”.

Tens of thousands of Russia citizens are fleeing their country after Russian President Vladimir Putin announced a partial mobilization on September 21. Long queues of cars have formed on Russia’s land borders with foreign countries.

Kazakhstan has become one of the main destinations for Russian citizens who do not want to go to war in Ukraine. Near the big cities of Kazakhstan, Petropavlovsk, Oral, Kostanay and Atyrau, kilometers-long queues of Russian cars have formed. Due to the mass arrival of Russian citizens, rents in border towns have become more expensive and available accommodation has run out.

Russia’s Federal Security Service (FDD) has sent an armored personnel carrier to the Verkhniylars border crossing on the Georgian border in case Russian citizens gathered there try to break through. Although this border point is intended only for cars, it is also allowed to cross it on foot during daylight hours.

On the other hand, on Tuesday, September 27, the Ministry of Internal Affairs of the Russian Federation announced that in the near future a mobilization point will be set up at this border point, which border crossers will also be checked according to the mobilization list. According to eyewitnesses’ video communication apps, the military transport in question is already heading towards the Verhnijlars border point.

The number of Russian citizens crossing the Russian border with Finland has increased at a record pace during the week. Almost 17 thousand people entered Finland from Russia on Saturday and Sunday. Finland plans to close the border to Russian tourists, but it is not yet known when this will be done.

#SatelliteImagery from September 25, 2022 shows a large traffic jam of vehicles leaving #Russia and attempting to cross the border into #Georgiaat the Lars checkpoint, following Russian President Putin’s mobilization order for the war in #Ukraine. pic.twitter.com/iHUsC8hYs2