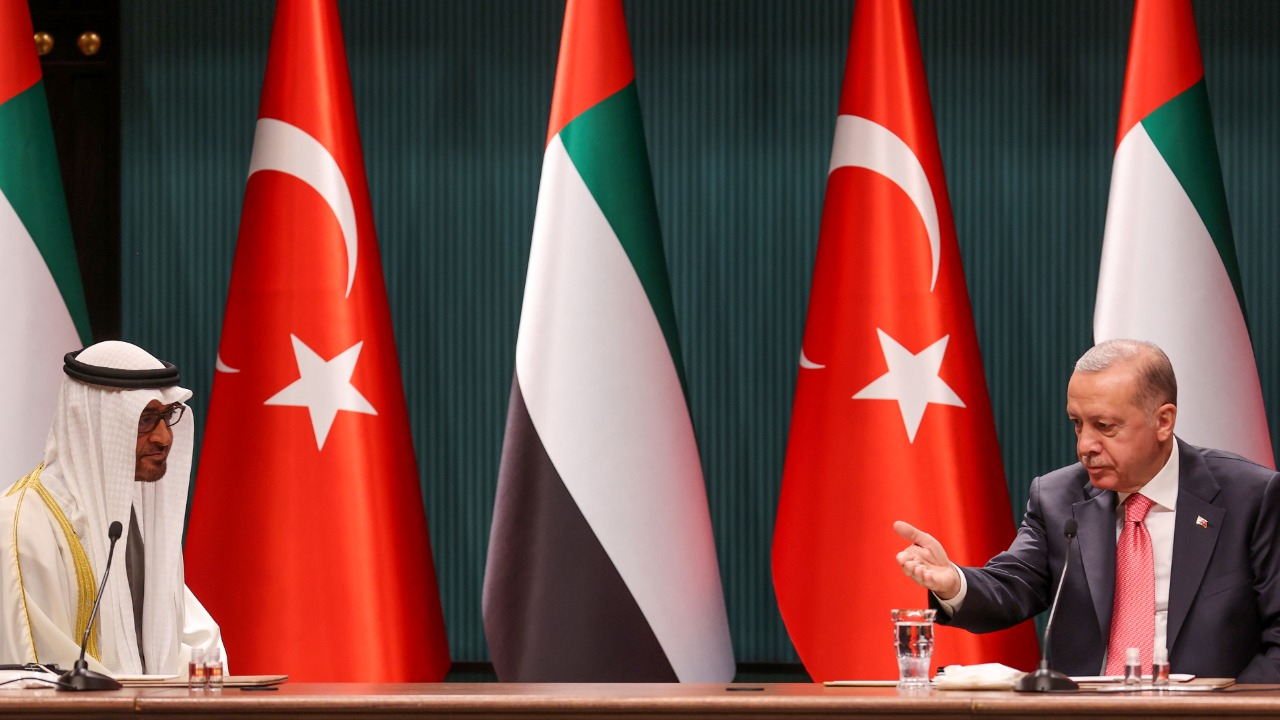 Turkey is considering a “gradual” rapprochement with Israel and Egypt, after opening a new chapter in its relations with the United Arab Emirates, President Recep Tayyip Erdogan said, according to remarks reported Monday by Turkish media.

“We will be able to appoint ambassadors within a defined timeframe when we have taken this decision (…) We will move forward gradually,” the head of state told reporters, in response to a question about the difficult relations that Turkey maintains with Israel and Egypt.

Relations between Ankara and Israel have been strained since the Mavi Marmara incident in 2010, when Israeli forces launched a deadly assault on a Turkish ship trying to get aid into Gaza.

The two countries recalled their ambassadors in 2018 after the deaths of Palestinian protesters in Gaza.

In mid-November, however, the Turkish president met with his Israeli counterpart Isaac Herzog and Prime Minister Naftali Bennett – the first meeting between an Israeli prime minister and Erdogan since 2013 – a few hours after the release and return to their country. of a couple of Israeli tourists accused of espionage and detained in Turkey.

Ankara also maintains tense relations with Cairo since the overthrow in 2013 of the former Egyptian president Mohamed Morsi, supported by Mr. Erdogan, which led to the recall of the ambassadors of the two countries.

Turkey announced last March that it had established its first diplomatic contacts with Cairo since 2013. Talks between the two countries continued in September, without so far leading to significant progress.

“Like the approach undertaken with the United Arab Emirates, we will take similar steps forward with the others,” said the Turkish head of state, without giving details on the timetable.

The Crown Prince of Abu Dhabi, Mohammed bin Zayed Al-Nahyane aka MBZ, was welcomed last week in Ankara by the Turkish president, opening a new chapter in relations between yesterday’s regional rivals.

The UAE’s first high-level visit to Turkey since 2012 led to the announcement of a $ 10 billion fund for investments in Turkey, as Turkey’s economy goes through a period of turmoil.