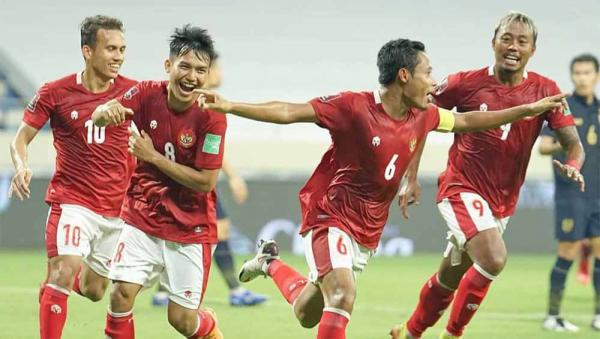 INDOSPORT.COM – The following are the four leading candidates in the prestigious football event in Southeast Asia or: AFF Cup 2020 according to Vietnamese media, Lao Dong.

At the AFF Cup 2020 which will be held on December 5, 2021, Indonesian National team joined in Group B with Malaysia, Laos, Cambodia and defending champions Vietnam.

Not only TC, Evan Dimas et al also underwent a number of trial agendas. In the first test match, they had to admit the greatness of Afghanistan with a narrow score of 0-1 on Tuesday (16/11/21).

After that, they will challenge one of the AFF Cup contestants, namely Myanmar, in the second trial on Thursday (25/11/21).

The serious preparation of the Indonesian national team received the spotlight from the Vietnamese media, Lao Dong. The media considered that Shin Tae-yong’s troops were one of the four seeds in the AFF Cup.

In addition to the Indonesian national team, there is the defending champion Vietnam. Despite being battered in the third round of the 2022 World Cup Qualifiers in the Asian zone, Park Hang-seo’s men are still the favourites.

The reason, they are considered to be physically and mentally ready for undergoing solid matches in the last three months.

Not only that, the experience of meeting strong Asian teams such as Japan, Australia and Saudi Arabia made Vietnam considered able to easily beat ASEAN countries including the Indonesian national team.