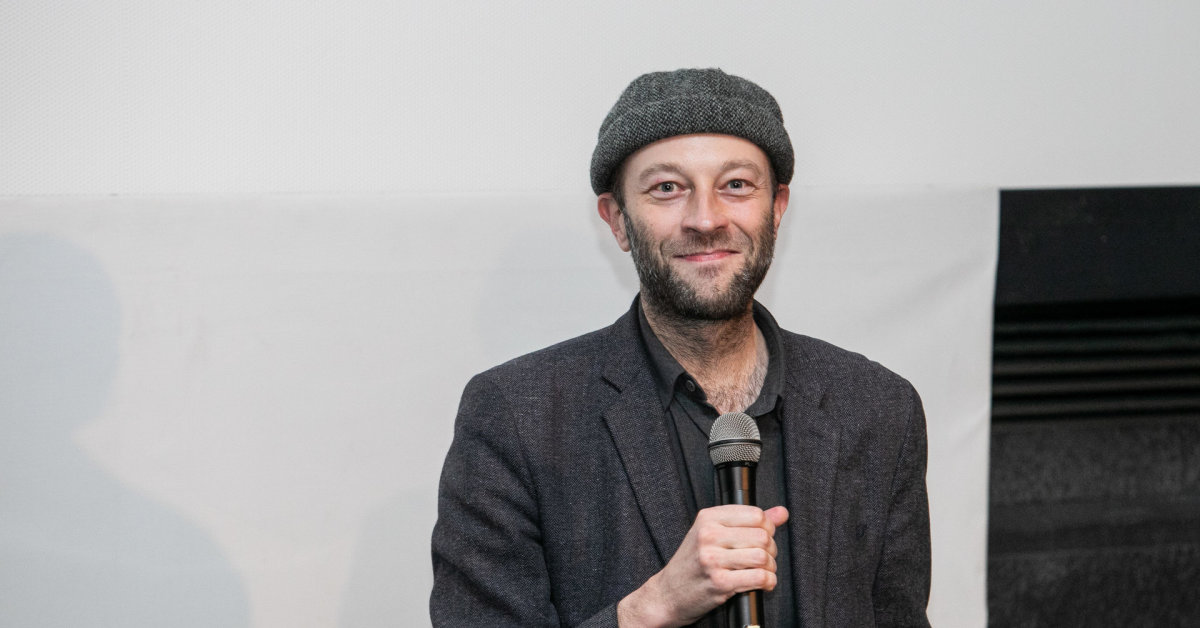 “I am very happy to see you all and it is a great pleasure to present this film” Walden (diaries, notes, sketches). ” It’s hard to believe, but 15 years ago I was in exactly the same place, entertaining the audience during the Networks short film festival, he said. “I would like to emphasize once again that this series of 10 films is the largest representation of J.Mek’s films in Lithuania in general.”

After all, we are not in a cinema in Paris, Tokyo or New York. We are here. It inspires me.

“I think it is very important to note that we are in Lithuania to see this great overture, the introduction to the global celebration next year. After all, we are not in a cinema in Paris, Tokyo or New York. We are here. It inspires me, “he continued.

He suggested that in 2022, Odile Publishing House would present a book of poetry by Jonas Mekas, in which readers would see the artist’s unpublished poems.

“At the end of the year, there will also be another exhibition at the Kaunas Picture Gallery, where my father will be moving towards the last 30 years (he created various, sound installations, multi-screen videos).

Pip Chodorov is a distributor of Jonas Mekas films. He also said a few words at the opening of the event.

“Next month, John would be 99 years old, and next year his 100th anniversary. And the whole celebration will start here, “he said.

Chhodorov revealed that “Walden (diaries, notes, sketches)” shown during the first film session of the program is especially important to him.

This movie started when I started it too.

“This is the first film by J. Mekas, which I published 25 years ago when I founded my company. It was a huge responsibility to do such work, ”he said.

According to Chhodorov, the first shot of “Volden” begins in April 1975. “True, I was born in the same year, so I feel like this movie started when I started.”

“Volden” is recorded on a 16 mm strip arranged in 6 reels. He noted that the session will be divided into 6 parts, there will be breaks. He assured that the breaks do not violate the main idea of ​​the film, as each chapter is numbered.

Chhodorov said the film was made 3.5 years ago, and Mek carried a heavy Bolex camera with him, filming a short shot every day. “I think the mechanism of this device in itself became the inspiration for the film,” he said.

“J.Mekas has once told me that after 4 years of filming, he has accumulated 20 hours. materials, and during the installation he removed the wrong moments, – said Chhodorov. – I once calculated that to film at 8 p.m. during that time every 3 days must change the spool of tape. “

“Volden” are small snippets, similar to glances, the distributor introduced: “John always said he felt filming what is here and now.”

According to Vilma Levickaitė, the director of the film center, “24 notes per second. Jonas Mekas and His Environment ”is a program that extends the exhibition“ Jonas Mekas and the New York Avant-Garde ”on display at the National Gallery of Art.

This shows that J.Mekas and this work do not lose their relevance and stimulate curiosity.

Both of these events were curated by Inesa Brašiškė and Lukas Brašiškis. “Luke is in New York at the moment, but he sends us wholeheartedly,” the director said.

I.Brašiškė, who participated in the event, presented the content of the event in more detail. “Volden (diaries, notes, sketches) seems to be a familiar film to all of us, but it still attracts so many curious eyes. This shows that J. Mekas and this work do not lose their relevance and stimulate curiosity, ”she said.

According to the speaker, it was very important for the curators to extend the experience of the exhibition in the original format of J. Mekas’ works, ie to show his cinema as well. But not just that, but from real 16mm strips. “I’m very glad we did it and we’ll all enjoy it for 10 days,” she said.

The film program is divided into 4 subtopics: