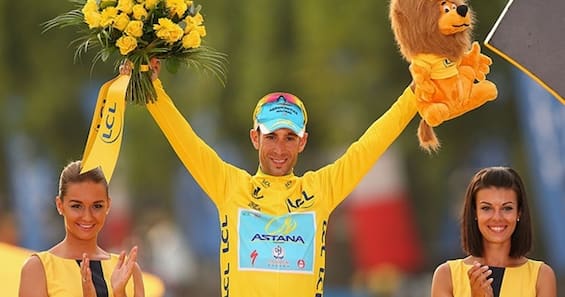 NUMBERS. Vincenzo, born in Messina on November 14, 1984, is one of the seven cyclists (in the company of Jacques Anquetil, Eddy Merckx, Felice Gimondi, Bernard Hinault, Alberto Contador and Chris Froome) to have conquered at least one edition of the three Grand Tours: the Vuelta a España in 2010, the Corsa rosa twice (2013 and 2016) and the Tour de France 2014.