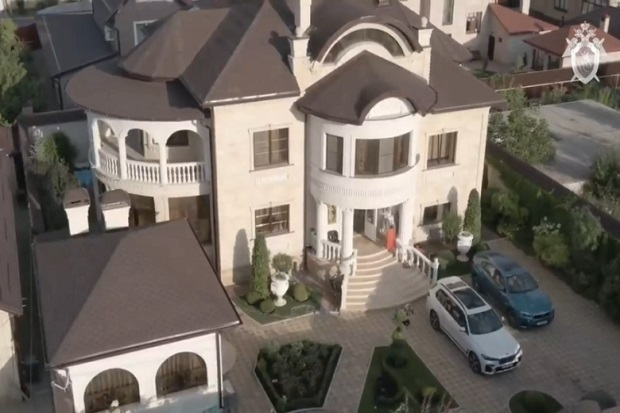 MOSCOW – A traffic police chief in the southern Stavropol region, Russia , was arrested for involvement in bribery and abuse of power along with several other police officers. He became viral after being known to be a mafia boss and has a lot of wealth, including palaces, luxury cars to gold toilet seats.

Alexey Safonov, head of the traffic police of the southern Stavropol region, was detained on Tuesday (20/7/2021). Authorities believe he is the head of a criminal organization or mafia.

The news was announced by State Duma Member Alexander Khinshtein, who revealed on Telegram that the police and national guard forces carried out a major operation on Tuesday morning.

According to Khinshtein, the police group that Safonov led was working as a mafia. “Profiting from everything—from license plates to passing trucks—large trucks involved in the sand trade,” he said.

“Almost all the top management of the regional traffic department were arrested,” he said.

In particular, Safonov and six of his accomplices have been detained on suspicion of accepting bribes totaling more than 19 million rubles ($255,000). This was revealed by the Investigative Committee.

As part of the corruption, the group accepted bribes for permits to transport goods, such as grain, through police checkpoints.

Khinshtein also shared a photo of Safonov’s house online online, jokingly referred to it as a “simple dwelling”. The pictures depict a luxurious palace, with large rooms decorated in gold.

According to a police source for the Russian news agency, TASS, searches are currently being carried out at the homes and offices of those arrested.

After the arrests, Russian Interior Minister Vladimir Kolokoltsev sacked Major General Sergei Shchetkin, the police chief in the Stavropol region. Some of those detained were his direct subordinates.

Safonov, a police colonel, has been the head of the traffic police department of the Stavropol region since 2012.