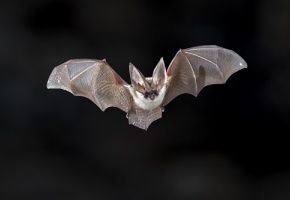 This could be a “major breakthrough” in the search for the origins of Covid-19: researchers from the Institut Pasteur have identified viruses similar to SARS-CoV-2 in bats in northern Laos, capable of infect humans.

The conclusions of this work, in open access since Wednesday on the scientific platform “Research Square”, must still be the subject of a peer review for publication in a scientific journal.

In order to better understand the evolution of SARS-CoV-2 and its origins, which have been the subject of intense speculation for months, researchers from the Institut Pasteur in Paris, the Institut Pasteur in Laos and the At the end of 2020 and the beginning of 2021, the National University of Laos carried out a field mission in the north of the country with different species of bats living in limestone caves.

“The original idea was to try to identify the origin of this epidemic”, explains to AFP Marc Eloit, head of the “discovery of pathogens” laboratory at the Institut Pasteur in Paris, whose teams analyzed the various samples collected. “For various reasons which accumulate, it is suspected that certain insectivorous bats could be the reservoir of the virus “.

The samples took place in an area that is part of an immense karstic relief, geological formations mainly made up of limestone, which also includes northern Vietnam and southern China.

“Laos shares this common territory with southern China, filled with cavities where bats live, hence the idea of ​​going there”, continues Marc Eloit. Because what happens there is representative of this ecosystem.

See also  Pomegranates discovered in a cellar in Angleur | Miscellaneous

Conclusions of the Institut Pasteur analyzes: the virus sequences found in bats are almost identical to those of SARS-CoV-2 and the researchers have been able to demonstrate their ability to allow viruses to enter human cells.

However, the viruses studied were …