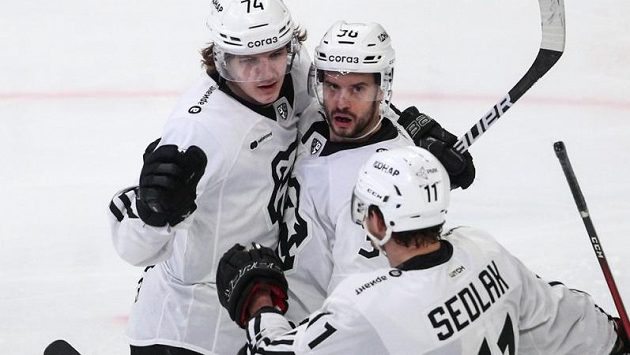 The Czech hockey players helped Chelyabinsk extend the winning streak in the KHL to five matches. The best Czech scorer in the competition, Lukáš Sedlák, scored on the ice of Vladivostok for the seventh time of the season, Tomáš Hyka assisted him with a 3: 3 goal and goalkeeper Roman Will contributed to the 4: 3 victory after separate raids with 31 successful interventions.

Lukáš Sedlák rejoices with teammates from the goal (archive photo)

Vladivostok started well at home. In the 4th minute, he led 2: 0 and drove Will ‘s substitute Emil Garipov out of the goal. The Czech goalkeeper was then overcome only by Dmitrij Lugin from the finish and Will’s teammates caught up with a 1: 3 loss.

With the exclusion of Vojtěch Mozík, Albert Jarullin first reduced and in a game without a goalkeeper after the action of Hyka, Chelyabinsk equalized with Sedlák. The guests won the raids 2: 1, the farmer did not make it in them.