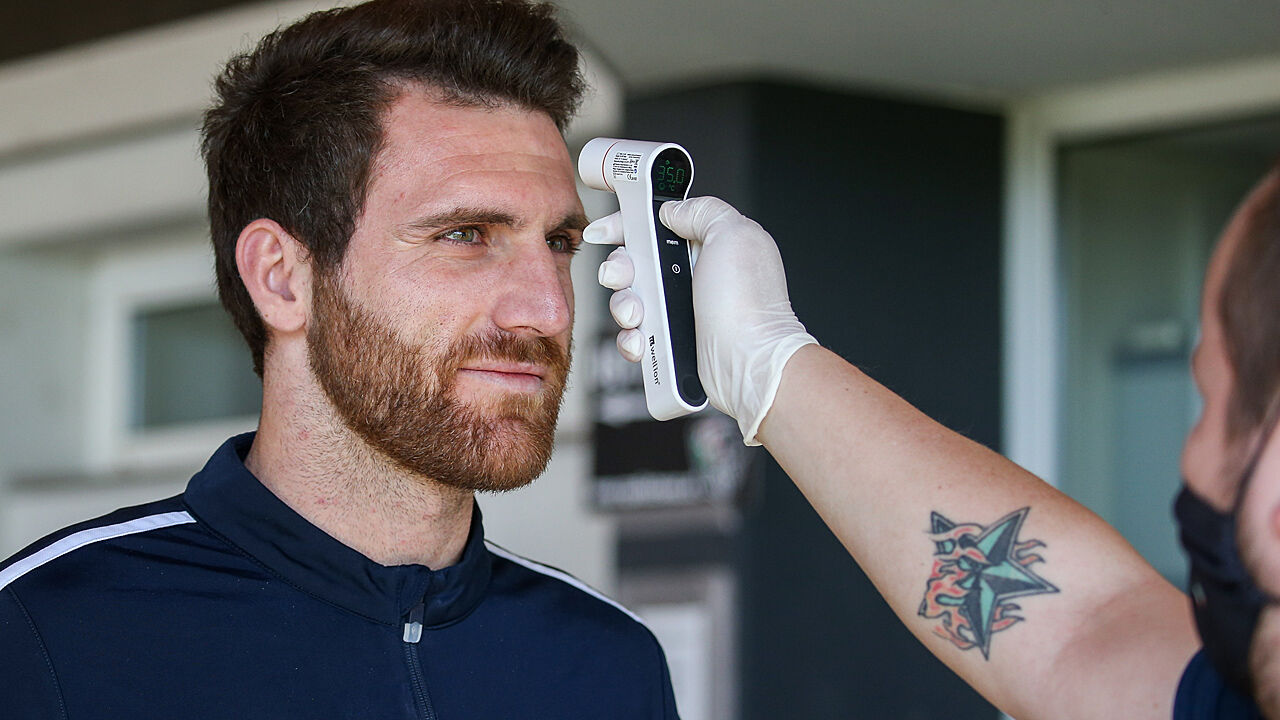 The WAC is one of those Bundesliga soccer clubs that, in addition to the PCR tests, also carried out antibody tests on their players because of the coronavirus pandemic.

Since the latter brought a “surprisingly high number of people who tested positive”, as club doctor Johannes Weinberger told the APA, Wolfsbergers are now going one step further by carrying out neutralization tests.

“Today we agreed with the Dr. Perne laboratory and in agreement with our President, who wants to have this as a safeguard, that all those who test positive will carry out this neutralization test,” Weinberger explains. This affects 17 of the 60 actors tested, in addition to players, coaches and officials.

“No one was seriously ill, but an impressive number of those who tested positive said: ‘I thought so anyway.’ But there have also been those who have never had symptoms, “emphasizes Weinberger.

(Article continues below the video)

Reference test is 99.9 percent sure

So now the goal is to “filter out possibly false positives” because the antibody tests are not entirely safe.

“The result that we have now can be enjoyed with a little bit of caution. Now we just want to be certain. Whoever is left then actually has antibodies against the coronavirus,” said Weinberger.

The reference test is 99.9 percent certain. Until now, it has only been carried out in the center of virology at the medical university in Vienna, and is generally not offered. It is open when results can be expected.

“The test is very complex, I think it will take a few days,” Weinberger suspects. The costs for this would be just under 100 euros.

See also  The victorious coronavirus, the most expensive Italian player, answered questions about the disease: Football

A small residual risk remains in the end, as there is no evidence that the existing antibodies actually lead to immunity.

“Nobody will give them black and white that they are now immune,” said the trauma surgeon. At the moment it is unclear whether a neutralization test plus antibody detection could ensure that if the league season continues, the prescribed PCR tests no longer have to be carried out on this person.

Incidentally, the PCR tests conducted in small groups at the WAC before the training operation started on April 22nd were all negative.

“Back then, nobody was infectious,” Weinberger assures.

Admiral boss Irsigler: “The house of sports is blazing!”

to the top » COMMENT_COUNT comments

User comments do not necessarily reflect the opinion of the LAOLA1 editorial team. LAOLA1 reserves
propose to delete comments without giving a reason, especially if they are criminal or civil law norms
violate, contradict good manners or otherwise run counter to the reputation of LAOLA1. We refer to
this context, in particular to our terms of use. In such cases, the user cannot do anything
Assert claims. Furthermore, Sportradar Media Services GmbH reserves the right to claim damages
make and report criminally relevant facts.