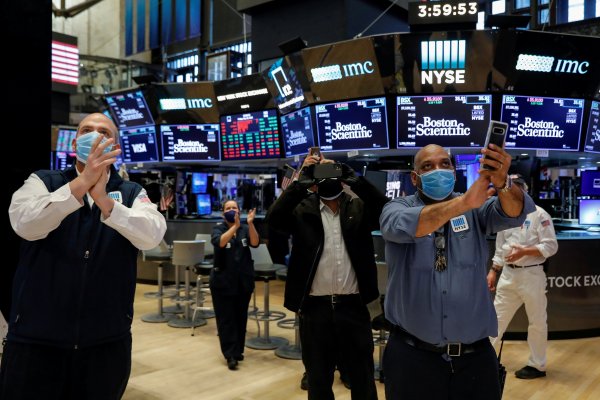 The steps the US government is taking to rush a treatment and / or a vaccine against Covid-19 that can accelerate the reopening of the world’s largest economy has investors in the mood for this start of the week.

The largest stock markets in the world rose on the day after it was reported that the United States health regulator allowed the use, without prior approval, of a treatment for coronavirus based on plasma from people who recovered from respiratory disease.

Additionally, the Financial Times reported that the Donald Trump administration is considering continuing the same steps to accelerate the approval of the vaccine in which the University of Oxford and the pharmaceutical giant AstraZeneca are working.

In this context, the major Wall Street indices started the week on the right foot. At the end of trading, the Dow Jones inudstrial posted a 1.35% rise, while the S&P 500 and the Nasdaq reached new all-time highs after rises of 1% and 0.6% respectively.

The Chilean stock market was much more cautious. Although the S&P IPSA, a benchmark for the Santiago square, started the day higher, the passing of the hours took ground away until the day ended at 3,962.37 points, 0.81% below Friday’s close.

While global investors have not let the pandemic curb their appetite for risk, capitals are looking for signs that the United States may turn the page.

Furthermore, news on the evolution of regrowths in Europe is expected to move the needle on the money tables in the near term.