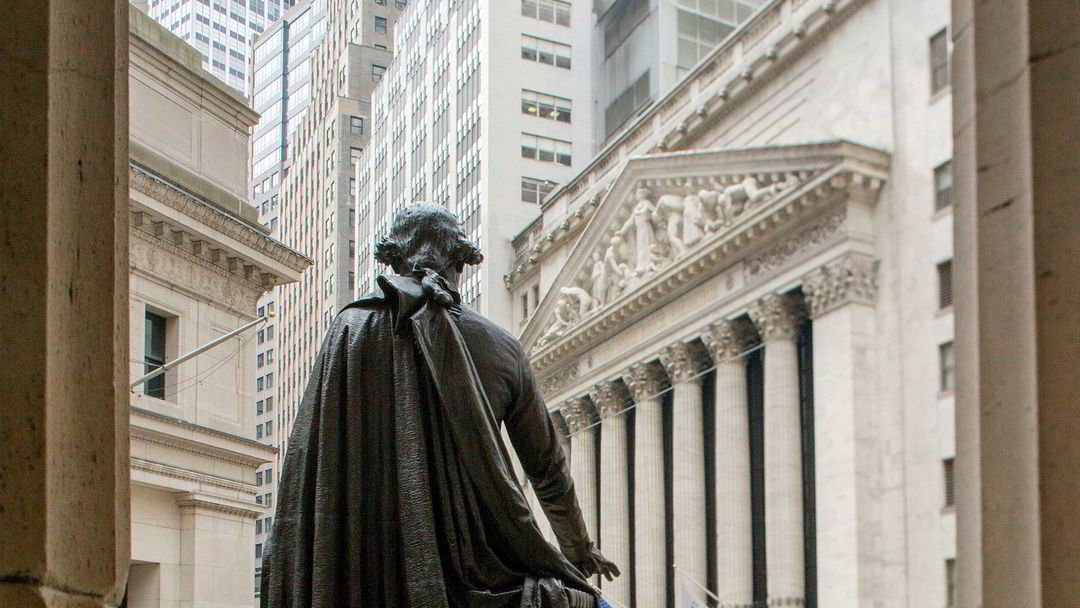 On Tuesday afternoon, shares on Wall Street fell cautiously from the start, but recovered towards closing time and closing.

At closing time on Wall Street, it ended like this:

After rising above 12 percent on Monday and then crashing to the start again towards closing time, the Tesla share ends up in excess of one percent on Tuesday night.

This is after the stock markets rose sharply at the opening on Monday, but fell back to the start at closing time. The S&P 500, Nasdaq and Dow Jones ended down one percent, down 2.1 percent and up 0.04 percent on Monday night, respectively. Nasdaq Composite ended down after Netflix, Microsoft, Amazon and Facebook reported losses on Monday, writes CNBC.

The rise at the opening on Monday afternoon was driven, among other things, by the electric car manufacturer Tesla, which rose by around 12 percent on Monday and was for a while at a price of 1723 dollars per share. Then it suddenly fell two hours before closing time – and ended down over three percent. The Tesla share is around 1530 dollars per share on Tuesday afternoon.

On Tuesday, several of the banks in the USA announce their quarterly reports. Several of the banks have stated that they are setting aside several billion dollars to prepare for an expected wave of loan losses in connection with corona bankruptcies, writes The Wall Street Journal.

The bank JPMorgan Chase rose more than one percent after the bank reported revenues of $ 33 billion, above analysts’ expectations of $ 30.3 billion. The bank’s strong results were partly driven by a 79 per cent increase in trading revenues in the middle of the market’s unstable fluctuations in the second quarter, the newspaper writes.

Citigroup shares also rose by just over one percent after delivering better-than-expected results for the second quarter. A massive increase in trading revenues helped to offset a decline in the company’s consumer banking operations.

– What is so influential about the banks reporting early in the income season in times like these, is that we really count on the banks’ views on what happens in the future, says Susan Schmidt in Aviva Investors.

The bank Wells Fargo has fallen close to seven percent in less than an hour after opening. On Tuesday, the company reported a deficit of 2.4 billion dollars in the second quarter. The bank reported revenue of $ 17.8 billion, which was lower than analysts’ estimate of $ 18.4 billion. The bank has also had to reduce shareholders’ dividends to 10 cents per share in the second quarter.

– We are extremely disappointed with both the results in the second quarter and that we had to reduce the dividend. Our view of the length and severity of the economic downturn has deteriorated significantly from the assumptions used in the previous quarter, says CEO Charlie Scharf, CNBC reports. (Terms)Copyright Dagens Næringsliv AS and / or our suppliers. We would like you to share our cases using a link, which links directly to our pages. Copying or any other use of all or part of the Content may only be done by written permission or as permitted by law. For further terms look here.