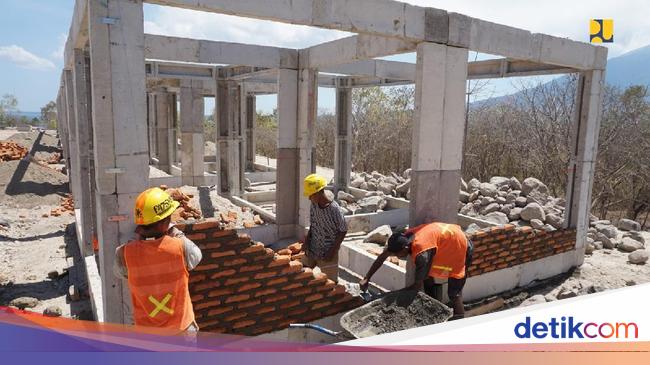 The need for livable, safe, and affordable housing is increasing. To get a house, people can choose to buy a house with various types of payments or choose to build their own house. At least 41% of Indonesians prefer to build a house rather than buy it.

The government through the Ministry of Public Works and Public Housing (PUPR) has a savings-based housing finance assistance program (BP2BT) which is given to low-income people (MBR) with a wage limit of IDR 8 million and below.

“41 percent want to build their own instead of buying it at BP2BT, it is possible to build their own. If FLPP mostly buys houses, BP2BT is for MBR who want to have a house to build on their land,” said the Director General of Public Works and Public Housing Infrastructure Financing (PUPR). ), Herry Trisaputra Zuna in the Indonesia Housing Forum, Thursday (14/10/2021).

He said the capital assistance or down payment provided by the government was a maximum of 45 percent of the total construction cost or equal to Rp 40 million for one house.

“Say that if the cost of building it is Rp. 90 million with Rp. 40 million, Rp. 50 million will be paid in installments. In this way, 41 percent can take advantage of it,” he said.

In addition to BP2BT, the government also has a FLPP assistance program which is recorded to have been utilized by 1,097,176 units. This program will be continued in 2022 with a target of 200 thousand units.

The following are the requirements to participate in the BP2BT program from the Ministry of Public Works and Public Housing:

– Indonesian citizen who is 21 years old or married.
– Spouse (husband/wife) does not own a house and has never received government subsidies for home ownership.
– Maximum income of IDR 6 million for landed houses and maximum income of IDR 8 million for flats
– Have a minimum of 1 year of work or business
– Have a Taxpayer Identification Number (NPWP) or an individual Annual Income Tax Return (SPT) in accordance with applicable laws and regulations.
– Must have savings at Bank BTN for a minimum of three months.