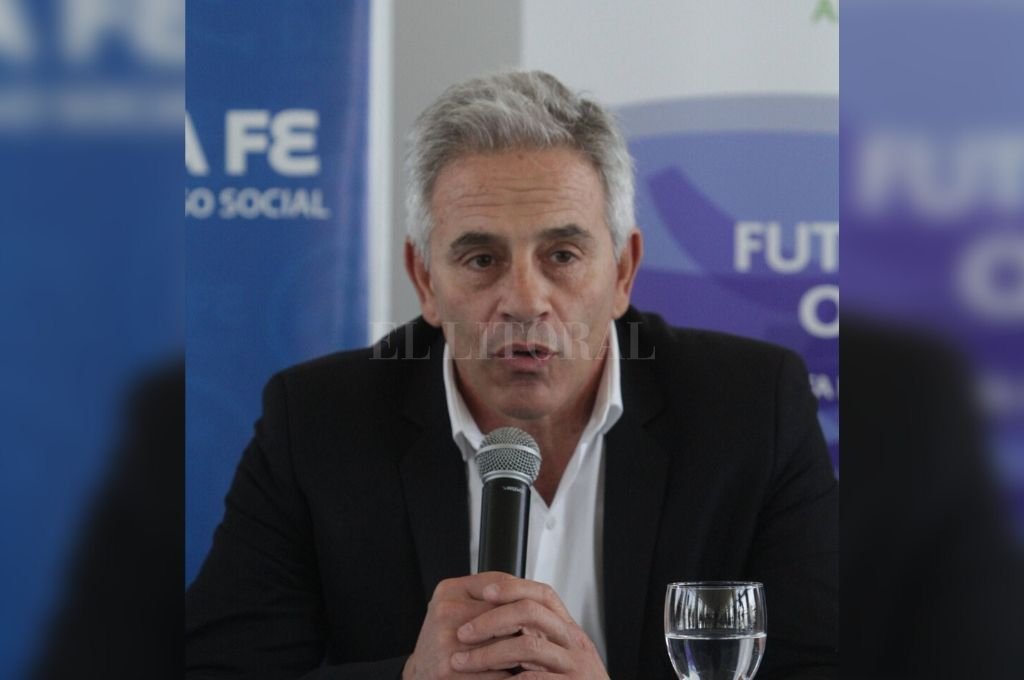 The President of the Argentine Rugby Union referred, among other things, to the possibilities that are managed, taking into account the current quarantine, to resume sports activities. Support for Pichot in choosing Worl Rugby. The growth of women’s rugby.

Like all sports competitions, rugby is no exception and is in a stand-by moment due to the pandemic that affects the entire world. The only active thing is the election that is taking place these days, to elect the new president of World Rugby (WR), where Agustín Pichot is one of the candidates (the other is the current “Chairman”, the Englishman Bill Beaumont ).

To all this situation, logically, the San Juan Marcelo Rodríguez, president of the Argentine Rugby Union, is no stranger. Rodríguez played center at the National University of San Juan, from the mid-1980s to the mid-1990s. Until 39 years.

His managerial life began, almost in parallel, with his last years as a player, where he began to form part of the club’s board of directors. Later he was president, later he passed to the Sanjuanina Union and then to the UAR. That is to say that almost everything was continued: stop playing and get involved in leadership.

He has chaired the Argentine Rugby Union since March 2018, that is, he has two years of management left.

—Impossible to imagine a context like the current one.

“I think what happened now, no one in life imagined.” This context with the pandemic situation, the game stopped worldwide. It is something that surprised us all in a terrible way. Maybe we are watching a science fiction movie now and it reminds us a little of this moment. But the truth is that none of us in the sport imagined ourselves being in a situation like this.

—What can happen in the World Rugby elections?

“A novel mechanism, because no one had thought it would happen this way.” A procedure of carrying out the elections was implemented through a virtual mode that is very special, unpublished. We are all vigilant that this process ends successfully, beyond the uncertainty generated by voting like this. It is a complex and novel methodology.

Beyond the technical and administrative process, I think we are facing a situation that, both as an Argentine, but as a member of a global rugby community, we are facing unique circumstances. It is a great moment, and not only because Agustín (Pichot) is our candidate, but it is a good moment to change things in the world, and everyone is understanding it, and that is why they are his great chances of being ” Chairman ”of World Rugby.

Much of the world community respects him enormously, he knows Pichot not only as a sports figure, but as an enormous energy to generate transformations and he trusts his projects. Which is very challenging for the current structure that has governed WR for decades.

You have to read

—What scenario do you imagine with this or that president?

“If Bill (Beaumont) wins the election, nothing will change.” Rugby will remain as it is, there will be no major changes, nor will a more inclusive rugby. The status quo will follow, because the Six Nations has everything tied up, it does not want anything to change, it intends to monopolize all resources and world attention. Whereas if Pichot wins, he showed that he has a more open look tending to promote the development of countries that today do not have adequate competition. And also, to generate the possibilities of a more equal participation. Without guaranteeing anything to anyone, more than their own effort, but that depends on the development of each of the nations where it will arrive with its competition. And that is what, among other things, Augustine is guaranteeing. He demonstrated it when he made a tremendous management with women’s rugby worldwide, the inclusion of rugby in the Olympic Games after 92 years. In other words, he obviously has clear convictions and is representing thought in much of the world.

– Taking into account the opinion of Agustín Pichot (who disagrees), can the windows of June / July and November be no longer in the long run?

—The novel format of the competition, and proposed by Agustín, last year, does not mean that we will never again have international matches in Argentine territory. But on the contrary: it has to do with the form and why it competes. The competition in the world was raised by levels, and with ascents and descents, and this is what really was revolutionary and rejected by the Six Nations, privileging their business more than sports competition.

That is why I want to emphasize at this point: because in the competition model, international matches are planned on an adequate schedule to be able to coexist with professional leagues, with competition in clubs and at the same time have first-class and more attractive international competition. than the current one. Where you compete to maintain a category, and those who do it below Tier 1 level, have the aspiration to ever play with the best in the world. That is the essential change that the model proposed by Pichot had.

“Is Super Rugby impossible inside?”

—It is difficult that this circumstance could occur, especially due to logistics and especially due to costs. Super Rugby teams permanently travel around the world and this generates significant wear. I don’t see it any time soon. The fact of having the headquarters in Vélez, was part of the negotiations and for greater comfort. However, nothing is set in stone, and sometimes that can change.

—What can happen with the regional tournaments, interior, national? Are there any plans planned?

—As we all know, what we decided was to prioritize the health of all the players and the entire rugby community. So we were one of the first in for all sports activity in the country. In this regard, we had the unanimous support of all the unions. On March 30 we held an assembly, virtually, with the 25 unions, and the support was total. Argentine rugby is absolutely united in the face of this reality that we have to face.

But within the framework of enormous uncertainty that we all have, there are some plans that we are modeling as reality changes, and in case of starting the competition, how we would do it. This logically has to do with the time of year when competition resumes; it will be necessary to allow time for the teams to prepare; that is, depending on the available weeks that remain for the year, establish the best formats.

Today we are working on a hypothesis, in case we could start in July. In that case, we could play smaller regional tournaments, which can generate the necessary classification processes to play the Interior and the National Clubs. The latter are hierarchical tournaments, televised, which allows clubs to have their teams competing with the best in the country.

—The Argentine selected, is it history?

—It was a tournament that up to a point made sense and it was really important to play it, because among other things it allowed the coaches of the selected teams to have the best players on the court, and to recruit talent.

Today the Argentine rugby system has changed, and the talent detection system is much broader and more comprehensive than a tournament, and club competition was prioritized because it involves more players. When the competition is limited to provincial teams, it is a group of 35 or 40 players, while when it is for clubs, this multiplies considerably. 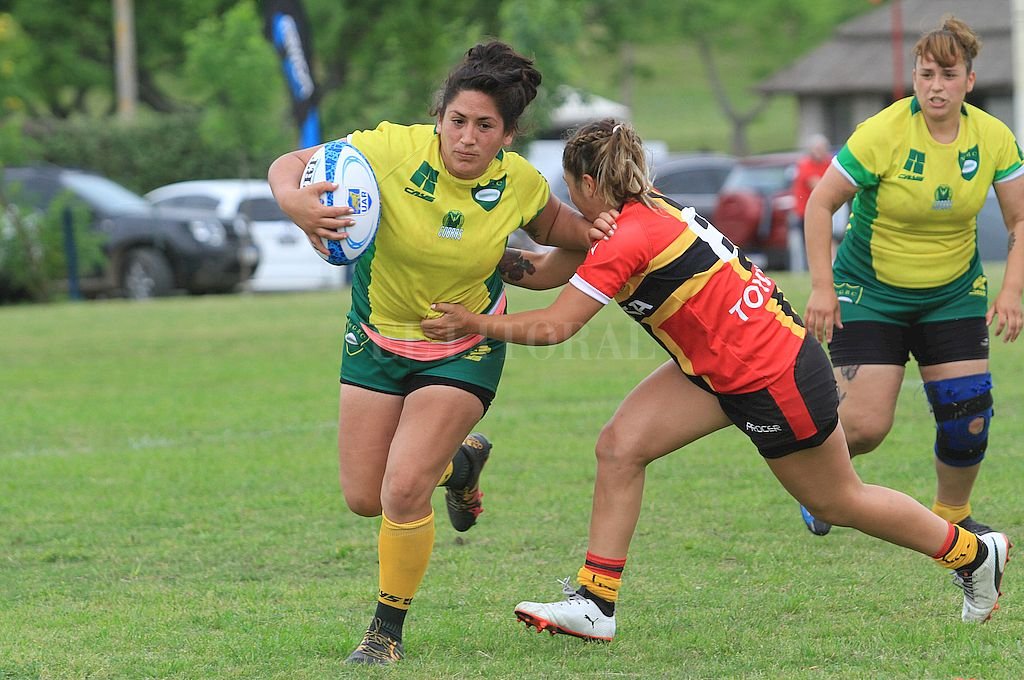 Women’s rugby. The priority is to continue the growth of recent years. Photo: Pablo Aguirre

“What plans are there to continue growth?”

—It was a pending subject for Argentine rugby. You had to put a plan in front of you to make development firmer, more sustained and sustainable over time. That is what we did with the UAR, establishing strong dissemination activity and attractive tournament formats as well.

I think the response from women’s rugby was immediate, because the growth was exponential. The girls were hungry for a space to play and compete, and having generated it, the response was instantaneous. I have no doubt that it will continue to grow in the future. We are already above the 6,000 girls who play, and there are more and more initiatives in the clubs to integrate the discipline. It will take a while, but we are happy because last year we had a growth of 15%, after a great 2018, in 2019 we consolidated what was done.

We must continue betting on the game of 7, which favors and facilitates growth in all the clubs in Argentina and with expectations that when activities resume, we can take advantage of the weeks of the year that remain to the maximum.