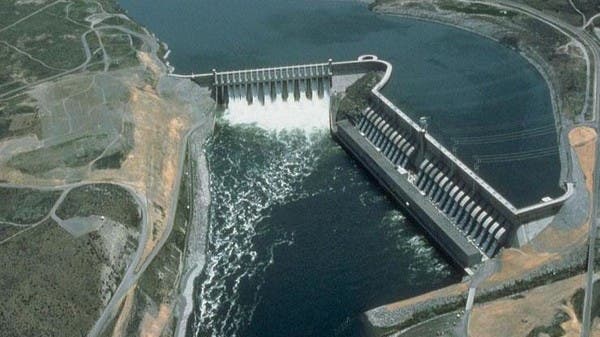 Last Thursday, the Ethiopian Ministry of Foreign Affairs announced that The second filling of the Renaissance Dam was done in the quantity that was previously scheduled, which is 13.5 billion cubic meters, adding that this filling did not harm Egypt and Sudan, but they – that is, the two countries – do not want to admit this.

Despite the previous official letter sent by Ethiopia to the ministries of irrigation in Egypt and Sudan, which included its decision to start storage The second filling is due this July And in two phases, with a quantity of 13.5 billion cubic meters. However, Egyptian experts assure Al Arabiya.net that these allegations are incorrect, and that Addis Ababa did not store more than 4 billion cubic meters in the second filling, which lasted for only two weeks.

Dr. Mohamed Nasr Allam, former Egyptian Minister of Irrigation, says that Ethiopia has the right to say whatever it wants, but the fact that we know well and is consistent with logic and reality, says that the height of the middle corridor of the dam currently, which is 574 meters and has been proven by satellite images, will not accommodate more than 8.5 One billion cubic meters of stored water, adding to Al Arabiya.net that Ethiopia stored 4.9 billion cubic meters in the first filling, and therefore it will not be able in any way to store more than 3.6 billion cubic meters in the second filling, to match the current height of the corridor middle of the dam.

He said that Ethiopian officials They announce that the second filling is complete and in the required quantity To escape the anger of their people, who deceived them with fiery statements that inflamed their enthusiasm for sovereignty, renaissance and development behind the dam, and that they are proceeding with it vigorously despite the objections of Egypt and Sudan and despite the economic pressures, adding that they fear that this people will become frustrated and the volcano of anger will explode against him if he knows the bitter truth.

He added to “Al Arabiya.net” that the dam lake currently holds about 8 billion cubic meters, which corresponds to the current height of the middle corridor, which Addis Ababa failed to complete its construction to accommodate the prescribed amount before the start of the flood season, noting that Ethiopia was forced to withdraw construction equipment before the arrival of construction equipment. The flood level is at the top of the dam, and it was satisfied with 8 meters of concrete and 3 billion cubic meters of stored water.

See also  Volunteers continue to help. Some people on the Lord already have roofs

The Egyptian expert revealed that the revenues of the Blue Nile at Al-Dim station on the Sudanese-Ethiopian border exceeded 590 million cubic meters yesterday, Friday, and reached the level of the flood, and the rate will increase during August and may reach one billion cubic meters per day, stressing that the second storage stopped on July 19 and the entire Nile water crossed The blue is over the middle passage, where it reached Sudan, and from today, Saturday, the water will begin to reach the High Dam in Egypt.