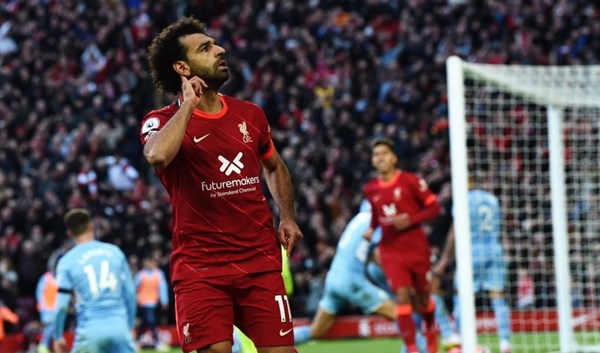 Press reports indicate the demands of the Egyptian star, Mohamed Salah, to renew his contract with Liverpool.

Today, Tuesday, press reports indicated that the Egyptian Mohamed Salah revealed his demands to renew his contract with Liverpool.

Salah’s contract with Liverpool expires in June 2023, and club officials are seeking to extend the player’s contract for fear of his departure after the end of the current season, only a year before the end of his contract.

And the British newspaper, “Mirror”, said that Salah required 500,000 pounds in order to extend the contract.

In turn, the British newspaper “The Sun” confirmed, from a source close to the Liverpool administration, that these reports are not true, and that Salah is asking for 380,000 pounds per week in order to sign a new contract with the “Reds”.

It is expected that Liverpool will discuss Salah’s demands, in light of the Dutchman Virgil van Dijk receiving only 235,000 pounds per week, which is the team’s highest paid player; This means that the club will be required to break the salary ceiling to maintain Salah.

According to reports, Salah believes that his marketing value is no less than the Belgian Kevin De Bruyne, the current Manchester City star, who earns 358,000 pounds per week.

It is reported that Salah scored 9 goals in 9 games with Liverpool this season.

See also  The number of coronavirus infected in Russia exceeded 90,000