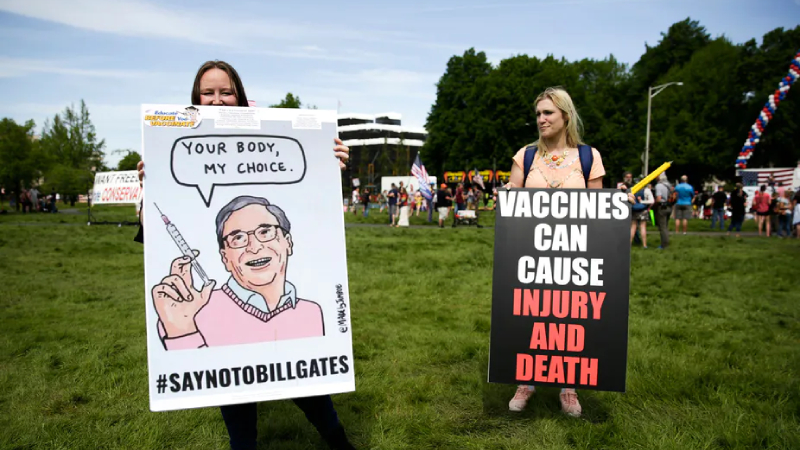 The World Health Organization stated that the anti-vaccines, which are among the top 10 threats to public health in 2019, have some common features.

Newspaper Oxygen, WHO’s “How should we respond to the loud voices against the vaccines?” Examining his book named “Vaccine”, he made the following observations about the characteristics of anti-vaccine:

They bend scientific facts.
– They reject numerical results that do not support their arguments.
– They avoid open discussions, they are very harsh with criticism.

In this booklet, WHO also made recommendations on how to talk to anti-vaccine:

The individual and social benefits of the vaccine should be clearly demonstrated.
– An inclusive language should be used with expressions such as “we parents”.
– Consensus on vaccines in the scientific world should be undisputed.
– Anti-vaccine arguments should not be repeated and valued.
– The motivation of opposing groups should not be questioned, the main message should be focused.
– The key messages about the vaccine should be told over and over again.
– Humor and humor should not be involved in a matter as serious as vaccination.
– Jews can be told the importance of saving someone else’s life from the Torah. Christians should be reminded of the principle of preserving generations. On the other hand, verses that explain the value of preserving life and preventing social harm can be shown to Muslims.

According to Aoife Gallagher of the UK-based Institute of Strategic Dialogue, which monitors anti-vaccine websites online, the vast majority of anti-vaccine people think they are more critical of things than ordinary people. But this goes no further than striving to be different by challenging the obvious facts, such as flat earthers or global warming deniers. When these people are mocked for their views, when they are insulted, they harden their message and become more attached to the wrongs they defend. As the messages harden, the audiences they address are further and further away from the vaccine.