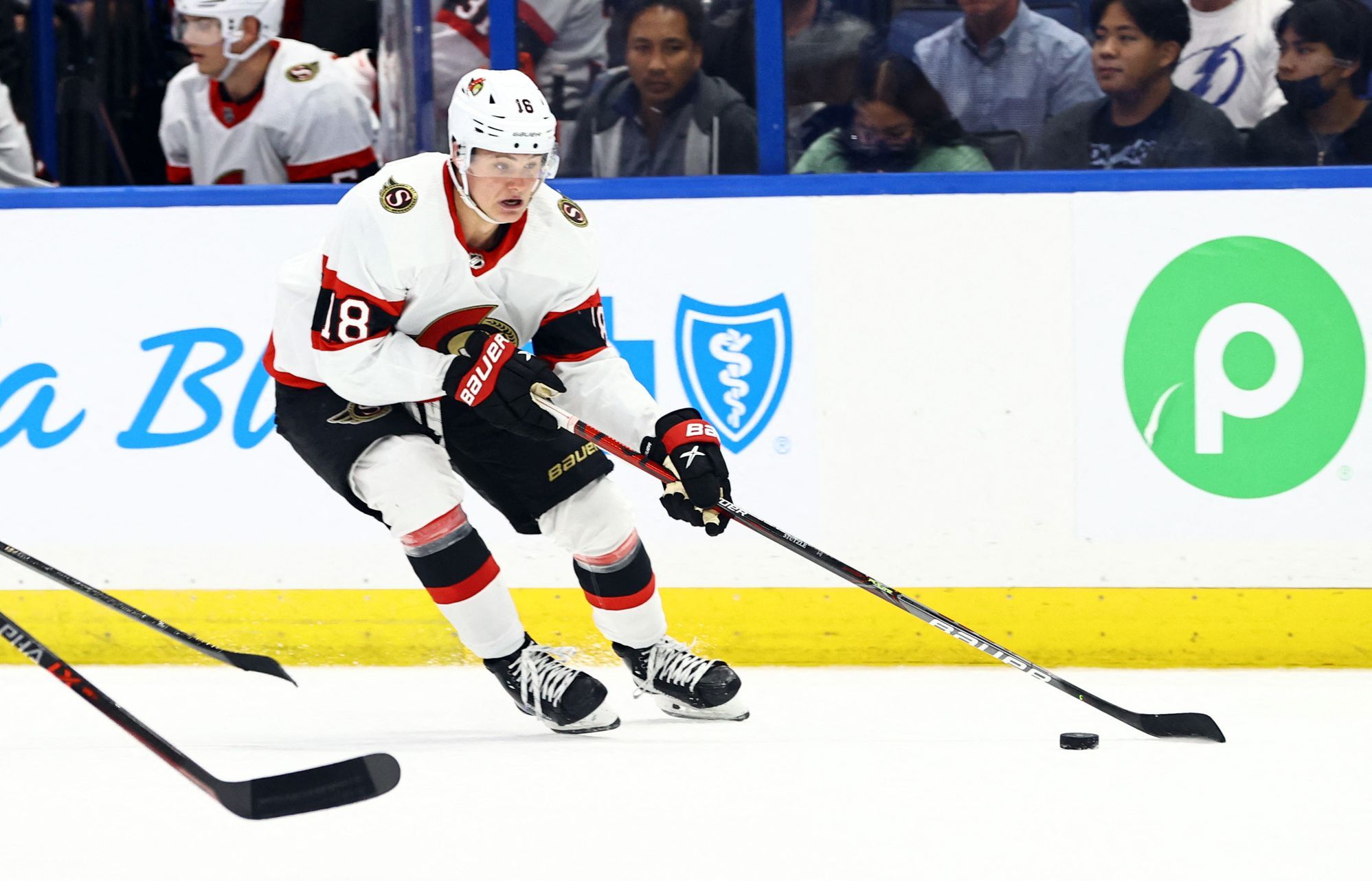 He has only been in the overseas NHL for a while and his season high is 58 points. Nevertheless, German hockey player Tim Stützle signed a monstrous eight-year, $66.8 million contract with Ottawa.

Anyone who watched the matches of Ottawa or the German national team must have noticed him. Stützle can zigzag like Nathan MacKinnon or Connor McDavid and, like them, he does everything with tremendous speed.

“Tim can be a superstar. Just look at how he plays. He’s competitive, fast, smart and full of energy. He has a great feel for the game and has learned to score points and play center,” Ottawa Senators general manager Pierre Dorion was full of praise.

However, Stützle is not a superstar yet. In 79 games last regular season, he collected 58 points (22+36) and finished 93rd in productivity. With twenty-seven negative points in the evaluation of his time on the ice, he did not refute the hints that he is far from the top in defending.

On the other hand, he is only 20 years old. He finished third in the draft two years ago, but so far he is doing better than then-1st pick Alexis Lafreniere. It overshadows Quinton Byfield’s number two even more significantly.

In two or three years, Stützle can easily collect a point per game, or even attack the hundred-point mark. But it doesn’t have to either.

The Senators took a risk when they signed an eight-year contract with an annual salary of $8.35 million with the German striker. If Stützle fulfills his potential, the club will be rubbing their hands over an extremely lucrative contract. But if he sticks to current performances, manager Dorion will reap loud criticism.

While Ottawa took a risk, Stützle chose to play it safe. Although he may soon become a ten million dollar player, this is how he insured himself in case he gets seriously injured or stops doing well.

In addition, even with a weight of 8.35 million, it exceeds many well-known faces, including all Czechs. The highest earner is Jakub Voráček, who occupies 8.25 million under the salary cap. In the foreseeable future, however, David Pastrňák will probably replace him on the imaginary throne, who has started negotiating a new contract.

Stützle himself will improve extremely. He is currently under a rookie contract that will expire next year. He will earn a minimum of $925,000 and a maximum of $3.425 million if he reaches all performance bonuses.

Then the fabulous money will start coming into his account – almost 67 million over eight years (approximately 1.6 billion crowns in conversion). Although he will lose more than half of it due to high taxes in Ottawa, he will still be able to provide for the rest of his life.

“It’s hard to even absorb it,” he told TSN shortly after signing. “If someone had told me before that I would earn this kind of money, I would not have believed it.”

Stützle also answered what he would buy first with the collected package. “I think first of all I want to make sure my parents don’t have to work anymore,” he started. “Dad works very hard now and has problems with his knee and stuff. He just can’t do that much anymore. So this is my priority. The parents don’t have to worry about anything anymore.”

“I am very grateful to my family. They have supported me all my life. I would not have been able to do anything without them,” the German forward repeated.

A bright future could await him in Ottawa from a team perspective as well. Although the Senators did not advance to the playoffs five times in a row, they were no longer among the losers last season.

They prove that they want to go further up by the fact that, in addition to Stützle, they have other young supports tied up for many years – captain Brady Tkachuk, center Josh Norris or defender Thomas Chabot. In addition, some time ago they brought in promising shooter Alex DeBrincat or star veteran Claude Giroux. It is among them that Stützle could shine.