What is the “unbeatable investment” that is coming: it is not the dollar

The monetary policy adopted by the central banks in the face of the coronavirus caused analysts to set their eyes on this investment alternative today.

The evolution of gold price in recent months, when it exceeded $ 1,730 an ounce, and the monetary policy adopted by central banks to deal with the economic crisis caused by the coronavirus, have led analysts and members of the industry to consider the possibility that metal exceed your historical price in dollarsand even break the $ 2,000 an ounce barrier.

Prices so far this year have accumulated a rise of 14%, but in the last 12 months profitability has risen to 33%.

The operators of this very particular market maintain that the policy of low interest rates and the effort that governments have made in the face of pandemicAccording to Télam, they have caused a massive issue of both dollars and euros and yen, which benefited the metal.

While other investments are subject to very marked volatility, gold is at its highest values ​​in the past five years, showing that the safe haven value is no accident.

Experts believe that gold could exceed its historical record

The president of South African miner Anglo Gold, Kelvin Dushnisky, estimated that the price may exceed $ 2,000, because “the quantitative expansion programs that are being launched, the possibility that interest rates will remain at low levels for a longer time and the combination of all these factors, I think that it is very possible that gold will reach that level. It wouldn’t be a surprise, “he said.

For the international expert Claudio Grass, the investment in precious metals they are reinsurance.

Grass noted that “physically precious metals are your personal protection, your retirement pension, your insurance against the loss of purchasing power. The current system is crumbling and, with it, all the promises of governments. So it is time to take personal responsibility to protect yourself and your loved ones. ”

According to the World Gold Council (CMO), an organization that sponsors industry and investments in metal, considers that “the performance of gold is intertwined with its unique nature as a consumer good and investment asset. And it is linked to the interaction of four variables such as economic expansion, risk and uncertainty, opportunity cost and momentum. “

“So far this year, more than 30 central banks have cut rates and many have implemented additional quantitative easing measures. Governments around the world are pledging trillions of US dollars to support their citizens and their economies,” he says. the CMO report.

The entity emphasizes that, adds the agency Télam, “it may take a while for financial markets to stabilize. Amid high volatility, the price of gold may experience additional changes, but the long-term implications of an environment that Combining high risk and lower opportunity cost should support the demand for investment in gold. ”

Eduardo Elsztain, one of the country’s leading businessmen and owner of real estate developer Irsa, made a recommendation for those who want to preserve the value of their savings. For them, advised to invest in one of the most traditional assets: the gold.

Although during April, the first full month of the pandemic, there were other options in the market in which it was invested, Elsztain presented a documentary which he called “Chapter Three (of the most challenging crisis in our lives)”, where he analyzes how is the global economy in the framework of pandemic, and also advises going to the precious metal to save money. 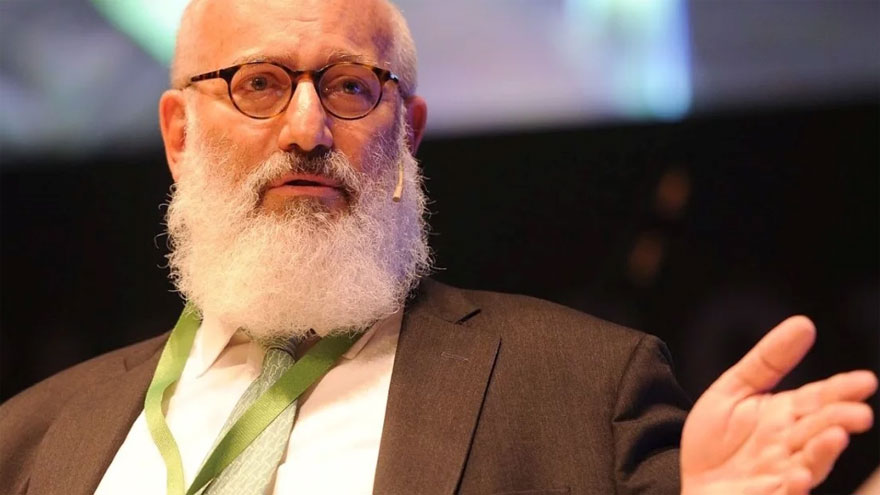 “Argentina’s economic survival manual says that, in this context of fiscal deficits Epics plus the highest indebtedness in history, plus the monetary issue at levels never seen before, plus the economic depression, anyone with big or small savings, should redirect a significant part of that liquidity to the only currency that cannot be printed: gold, “advises Elsztain.

The businessman maintains that “This alternative, until not long ago, was considered only by a small group of ‘gold fanatics’, but it is increasingly growing as a stream of thought among Wall Street banks and institutional investors.”

And he warns: “For this reason, I think we should prepare for a new paradigm in the world economy. “

I knew the value of the dollar in Dollar Today and I followed the quotation and behavior minute by minute. CLICK HERE
Find out the latest on digital economy, startups, fintech, corporate innovation and blockchain. CLICK HERE

Share
Facebook
Twitter
Pinterest
WhatsApp
Previous article“Strict, economical and comfortable”: What did the Skoda Octavia show after the first 1,000 km
Next articleRussians will reveal the secrets of the star guests of the luxury hotel: Cinema: Culture: Lenta.ru

“It was an interesting time”: For Trump Corona is already past