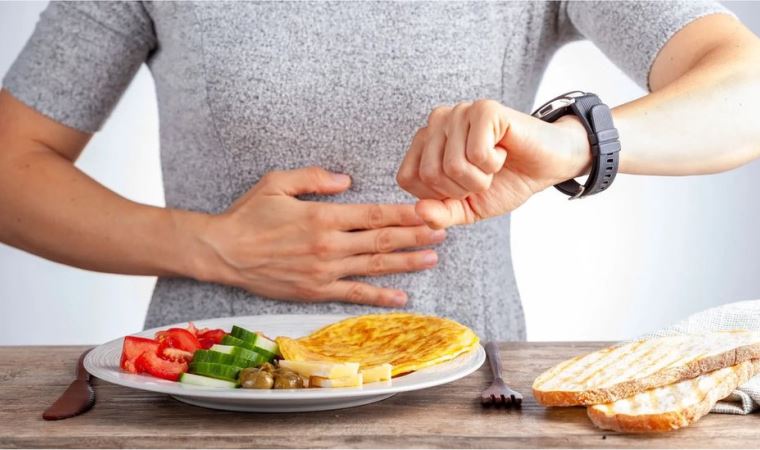 Intermittent fasting is a diet that has gained the support of celebrities and CEOs for its weight loss and health benefits. While there is promising evidence that fasting can help repair the body and perhaps extend lifespan, it may not be the best method for weight loss. Dietitians also warn to be careful before cutting meals.

Intermittent fasting is a type of time-restricted diet in which meals are compressed into a shorter period of time during the day, with a long interval between the last meal of the day and the first meal of the next day. Typically, those on this diet try to eat 8 hours a day and leave a 16-hour gap.

Intermittent fasting is not the only type of time-restricted diet. Other diets, such as the 5:2 diet (eating a normal amount for 5 days and a quarter of a normal calorie intake for 2 days), also focus more on the amount of food consumed rather than the time between meals.

“You’re cutting calories, but you’re not learning about fundamental behavioral change about what you’re putting into your body.”

Clarkson says that if people don’t learn what a healthy diet should look like, they regain weight when they stop the diet:

“When you’re feeling hungry and restricted, you can overeat the next day.”

For this reason, intermittent fasting may not be the right approach for those who want to lose weight. But there may be other reasons for changing the eating habit.

Fasting engages a process called autophagy, which has attracted a lot of attention for its potential health benefits.

Autophagy meant “eating oneself” in Ancient Greek. The process of digesting aged and impaired cell structures by the cell’s own lysosome.

In the process of autophagy, the body breaks down the damaged cells within itself and recycles the parts it obtains for cellular repair and cleaning.

The nucleus where DNA is stored, mitochondria that synthesize the chemical our cells use for energy, and lysosomes that remove waste from our cells are involved in this process.

In doing so, the cell can remove dysfunctional structures, releasing new raw materials from which new cellular structures can be built. Some of the new raw material can be used to make cell-protective proteins that further extend the lifespan of cells.

One wonders whether autophagy can prolong the lifespan of all organisms. But so far this has only been observed in 1 mm long nematode worms and mice, not humans. In order to conclude that the intermittent fasting diet extends human lifespan, people who follow this diet should be the subject of long-term studies.

However, studies in other animals have linked autophagy to advances in immune system memory. The fact that autophagy is a necessary process in maintaining cell health is also of interest in terms of its role in suppressing cancer. Autophagy can also be studied for reasons other than lifespan.

The role of controlled fasting

For most people, autophagy is a process that occurs during sleep, but exercise and hunger can also initiate this process.

So can controlled fasting help trigger it?

Unlike calorie-restrictive diets (which are also linked to longevity), the purpose of intermittent fasting is to lengthen the time between the last meal of one day and the first meal of the next. (Theoretically, on intermittent fasting a person can keep their calorie intake the same as in their normal diet, but in practice most people reduce their calorie intake slightly, according to Clarkson.) This can help trigger autophagy; but to understand how this happens, one has to look at what happens after eating.

“Carbs in your diet will provide glucose as a prime energy source for several hours.”

After feeding, our body uses blood glucose as an energy source. When this energy source is depleted, usually about three hours after a meal, the body goes into a catabolic state. At this stage, glycogen stored in the liver and muscles is broken down into glucose. When we deplete glycogen stores, the body switches from glucose to ketones, which are made from fatty acids in the liver. At this point, autophagy is triggered in a stage called ketosis.

“We don’t know exactly when we’re going to switch from glucose to ketones,” Clarkson says:

“It depends on a lot of things like genetics, health, lifestyle. How much glycogen you have will depend on how much you eat and how much energy you burn.”

Someone whose diet is heavily based on carbohydrates will never go beyond the catabolic state, as they will always have a glycogen reserve. On the other hand, someone who is on a low-carb diet and exercises regularly can progress to this process very quickly. (This is how the “keto diet” works, too, which focuses on keeping blood sugar and glycogen stores low by cutting carbs.)

Clarkson says, “In order to lose fat, you should stay away from the intermittent fasting diet. If you are going to do this diet, do it by considering its health benefits. To fast, it should reduce the feeling of hunger.”

How to do intermittent fasting diet?

Hunger is felt when the ghrelin hormone released from our stomach triggers the production of NPY and AgRP hormones in the hypothalamus region of the brain.

While these three hormones create the feeling of hunger, there are many more that suppress it. One of these hormones, called “satiety hormones,” is leptin, which plays a key role. Leptin secreted from fat cells suppresses the production of the hunger hormone ghrelin. That is, it gives the body the message, “There’s fat you can burn here.”

Also called the short-term hunger response, ghrelin is released when the stomach is empty and there is less pressure on the stomach wall. This can be prevented to some extent by drinking water. Leptin is a long-term hormone.

“There are a lot of things that regulate our hunger hormones, genetics being one of them. But when you think about the nerves connected to our stomach and digestive system — if the stomach isn’t bloated, the body will think it’s hungry,” Clarkson says.

Stating that drinking water can soothe the feeling of early hunger for a while, Clarkson says, “The first few weeks are difficult, but you get used to it.”

“But most people sit down and consume another food after dinner,” Clarkson says.

This could mean never getting into the ketosis phase before you start eating again the next day.

“If you can make a conscious decision to eat dinner an hour before and avoid snacks, you may be entering the morning ketosis process,” says Clarkson, adding that by eating dinner earlier one day or having breakfast an hour later, this diet can be started and gradually increased.

When done with care, intermittent fasting can help your body repair and recover itself.

The data show that autophagy declines with age. However, keep in mind that this may not be the right strategy for weight loss and nothing can replace a balanced diet.