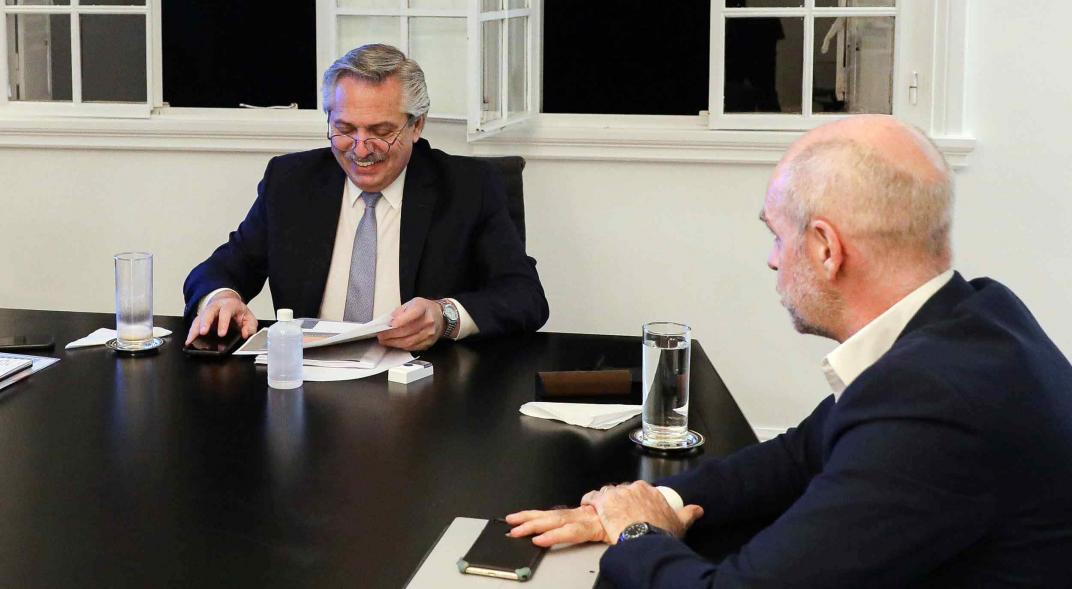 Just a few months after starting his conditional presidential mandate, Alberto Fernández found himself, in an unthinkable way, with a unique opportunity, one of those that rarely occurs and almost never is repeated: that of being able to achieve the minimum autonomy of decision that a president it needs to have to be such, and more so in a country with a hyper-presidential bias.

The de facto alliance with Horacio Rodríguez Larreta, in addition to being seen by almost all Argentines as his best work of government, was never nor was it intended to be an electoral alliance. It was coming together in the face of the pandemic. Nothing else.

So Cristina put it to Alberto in terms of betraying one or the other. And Alberto preferred to betray Larreta, in exchange for achieving for him not much more than a survival pass. That it will pay by making its government more ineffective – not very effective before – by remaining with less power of its own than the little it already had.

Although no historical comparison is equivalent, in this case it is worth remembering something that Raúl Alfonsín did during his presidency: his most brilliant intuition was to denounce that his main enemy was the military union pact.

Faced with this real threat, Alfonsín did not hesitate to agree to the Peronist renewal, the one that emerged during his government with the intention of fighting from within Peronism against the old Peronism, the one that he lost in 1983 and that fostered the military union pact.

Both of them together stopped the blows and managed to maintain the effects of the trials against the genociders although they could not continue. And although all this epic alliance of the good renovators of both parties was not enough to save the Alfonsín government or to be inherited by any renovation, the truth is that it saved something more important than all that: it saved the nascent democracy.

Among other things, it prevented Carlos Menem from doing what he proposed in the campaign: vindicating the military union pact through the salary for the unions and the remalvinization for the military.

On the contrary, history led him to be, whether he wished it or not (it is most likely that Menem would not care), the executioner of what he proposed.

He ended the military coups with good and bad arts, pardon and repression. And with convertibility, it took away a lot of power, even if it was temporary from unionism, which could not stop the changes that Alfonsín had tried, would have destroyed it.

Saving the distances, we insist, Alberto unexpectedly found himself faced with a similar circumstance if he had resisted the order that Cristina imposed on him to betray Larreta.

If he had wanted it, she, with all her power, did not have enough to prevent that alliance. Because Alberto and Larreta together are politically as much or more than she. While separated they are less.

Now Larreta tries to save for himself and for his space the moderation that is attached to the pactist idea, but a single leg cannot save something that needs both legs. And within their space, little by little, the most Gurkhas will charge it.

However, Larreta was encouraged to do what Alberto was not encouraged and that speaks of his political worth.

Against all odds, even against his own, he tried to build something that today seems impossible to do with Peronism, as was attempted in the 1970s between Perón and Balbin and was carried out in the 1980s between Alfonsín and the Peronist renewal.

If he had encouraged himself, Alberto could even have made him forget his serious and infinite contradictions, among them his decision to deny the most ethical attitude he had in all his life: to denounce the pact with Iran, of which he now accepted to be his accomplice.

But even that capital sin could be relegated if he dared to agree with Larreta on a future governance scheme, a direction to go.

Such was the importance of his attitude. That is why Cristina was so insistent and so implacable in blowing up that implicit agreement. And she not only wanted her to break it without further ado, but she forced Alberto to explicitly betray Larreta and with extreme cruelty treat her more badly than she ever even treated Macri.

Alberto had to humiliate Larreta and humiliate himself so that this attempt at minimal autonomy would be destroyed. It was a conscious, clear and forceful attitude of Cristina so that from now on no one would dare to dispute her power.

Today he is just an appendage of Cristina, as perhaps he never stopped being but before it was not so clear. Now he speaks in everything like her and says everything she says to him.

Not only has he lost all autonomy, including style, but he has also lost all reliability, after exposing what Macri supposedly told him in a confidential telephone conversation and after delivering Larreta to the beasts.

Their reliability has become zero, for others and for their own. Because whoever does that with whoever it is, is not trusted by anyone because they can do it to everyone.

That is the great paradox: only if Alberto is not trusted by anyone can he be trusted by her. She has sterilized it. And he, by supposed necessity of survival, has accepted everything. Forgetting that in 2008 he survived politically – despite having nothing of his own – for only one thing: because he dared to face everything or nothing with Cristina.

If not, he would have been at most an Oscar Parrilli or an Aníbal Fernández or, most likely, a nobody that everyone would have already forgotten.

Life gave him a second chance but this time he did not take it as he took the first. He could have been the one who succeeded Cristina without breaking with her, and perhaps achieving that she did not break with him either, because his power is not as much as he tries to make believe after the electoral victory that he so cleverly constructed.

The truth is that Alberto is not doing a good government and she is not helping him at all, but that of wanting to make Alberto pay all the costs while forcing him to do everything she tells him to do, has short legs, because It won’t be so easy to not get involved if things go wrong.

In summary, Alberto’s most serious mistake so far was the breaking of that pact that unexpectedly was offered to him but that scared in front of historyHe ran off, leaving the story to Cristina, although she is more past than future.

* Sociologist and journalist; Opinion editor of the newspaper “Los Andes”