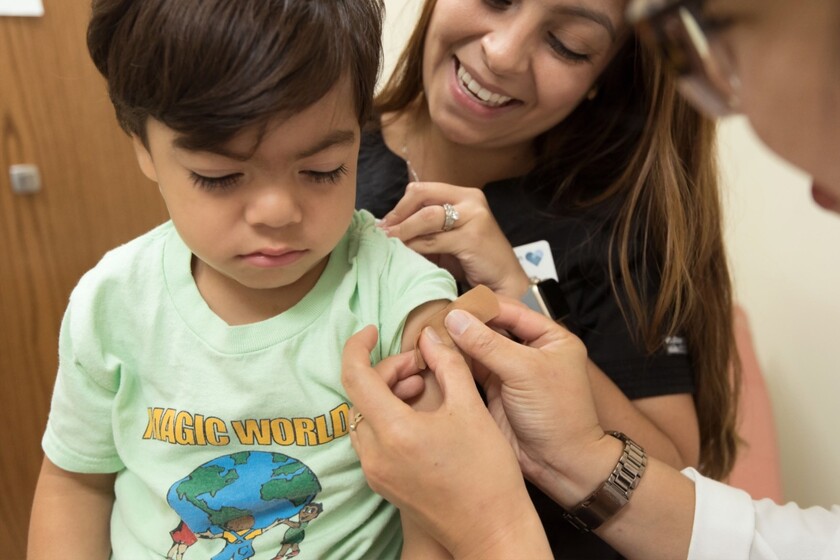 “Since July, COVID-19 cases in children have increased 240% in the US.” With this headline, the CEO of Pfizer, Albert Bourla, defended last week “the need to vaccinate” children under 12 years as soon as possible and rekindled interest in a question that had gone somewhat unnoticed in recent weeks: vaccinated pregnant women and other specially protected groups, what do we do with children?

And is that after months repeating that children had much less risk of developing the disease and generating symptoms, the issue of childhood vaccination has become surprisingly contentious in public opinion. A controversy that, as we have seen on other occasions during the pandemic, has become a jumble in which reasonable and considered arguments are mixed with ideas that we can only qualify as pseudoscientific and conspiracy.

And I say “surprisingly” because, if you look at the latest vaccines that have entered the common vaccination schedule, we can see that most of them have done it with smaller clinical trials and act against diseases with mortality rates (in children) lower or similar to COVID. Does all this debate make sense?

Bourla’s remarks are not a surprise. On the contrary, they are part of an effort by large pharmaceutical companies to launch large clinical trials that allow them to obtain specific data with which to convince regulatory agencies and states that the 12-year barrier must be crossed. An effort that is already beginning to bear fruit and that has allowed Pfizer itself to present interim results of the phase 2/3 trial you are conducting with children between the ages of 5 and 11.

And, precisely this, generates suspicions. Above all, because the big pharmaceuticals have not shown much delicacy when it comes to defending their interests. Without going any further, despite the fact that the studies that were publishing the immunity of vaccines held up perfectly, the spokesmen of the laboratories They assured that the third dose of memory was an imperative need. This, as developed countries reached their particular “vaccine ceilings”, has generated the impression that it was part of a more commercial strategy than a health one.

An imminent debate. However, the “commercial” component that the debate may have does not mask the central question: that when the time comes, as with many other diseases, the decision to include the COVID vaccine in the “common vaccination schedule“It is going to be on the table and the health authorities are going to have to make a decision.

A decision that has many ramifications (and that will have to be evaluated in detail), but that have nothing to do with the safety and effectiveness of the vaccine. Once the ongoing clinical trials are complete, the debate over the suitability of vaccination will have nothing to do with its safety and efficacy; but with its strength as a public health intervention. And the truth is that, as I said before, if we take as a reference the latest vaccines to be incorporated into the calendar, there is nothing that makes us think that mRNA vaccines have any particular problem.

What Alberto García-Salido pointed out, Intestivist at the pediatric ICU of the Niño Jesús Hospital in Madrid, the truth is that almost all vaccines that have been incorporated into the childhood immunization schedule in recent years (Pneumococcus, Meningococcal B or Meningococcus ACYW) have done so with much smaller clinical trials than those of RNA vaccines against COVID. Moreover, they have done it with much less media attention.

The only recently incorporated vaccine that has starred in a similar debate was that of human papilloma and, if we analyze the evidence available at the time of approval, we will see that they are very similar to the current ones.

This is especially noteworthy because one of the arguments made against vaccines is the “exceptionality” of your approval processes. However, it is not something that does not happen with childhood vaccination against COVID: if everything goes according to plan, we will have more data than many other vaccines (some of which had clinical trials of a few hundred people).

Nor can it be argued that these diseases are more dangerous for children than COVID, they explain to us from the Spanish Association of Pediatrics. If you look at overall mortality rates, it might give that impression; but by focusing on rates in the national context (and taking into account the particularities of COVID in minors), we see that the danger of diseases is also comparable.

It is clear that the opportunity to start vaccinating children under 12 years of age can be debated and there are arguments for them (from their effectiveness at the population level in current circumstances to the need to allocate those doses to other countries with lower vaccination rates) . However, many other arguments fall by themselves. It cannot be said that we are acting exceptionally. At least not in this case.