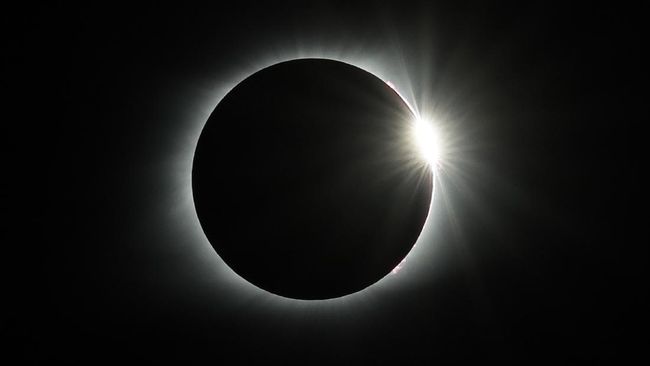 Jakarta, CNBC Indonesia – As is known on Earth, the Sun rises in the east and sets in the west. But NASA revealed there is one planet that experienced the opposite.

The United States (US) Space Agency said on Venus, the sun rises from the west. The reason is that the second planet in the solar system rotates on its axis backwards.

It was also revealed that Venus rotates for a long time, which is 243 Earth days in one rotation. Meanwhile, to orbit the Sun, Venus takes 225 Earth days. This makes a day on the planet slightly longer than a year.

The length of these nearly identical days and years makes the turn of the day on Venus not the same as on Earth. The sun will rise once every 117 Earth days which means it only appears twice in a year on Venus.

But some time ago there was an issue that the Earth also experienced the same thing. In a post on Facebook, the sun rises from the west and brings Earth closer to the end.

The post was written in Thai and also appears in an English version. It is said that the Sun appears from the west because the Earth rotates in the opposite direction.

“Earth will rotate in the opposite direction causing the Sun to emerge from the west side. Researchers believe that we are moving towards a magnetic field reversal that will mark the end of humanity and near the end of the world,” the post reads.

See also  More than 76,000 people sign so that Jeff Bezos does not return to Earth

In the upload, it was written that NASA claimed that possibility. But NASA vehemently denied it.

“Neither NASA nor any other scientific organization predicts the Sun will rise from the west,” said Bettina Inclan, NASA’s Associate Administrator for Communications.

Inclan said magnetic field reversals are a real and unprecedented phenomenon. A number of scientists are also studying the phenomenon, he said.

But he reiterated that information about the Earth rotating in the opposite direction and making the Sun rise from the west was wrong.

“As for the reversal of the magnetic field, it is a real phenomenon that has occurred several times in the past and scientists around the world are studying it, but the statement that this makes the Earth rotate in the opposite direction which causes the Sun to rise from the west is wrong,” explained Inclan.