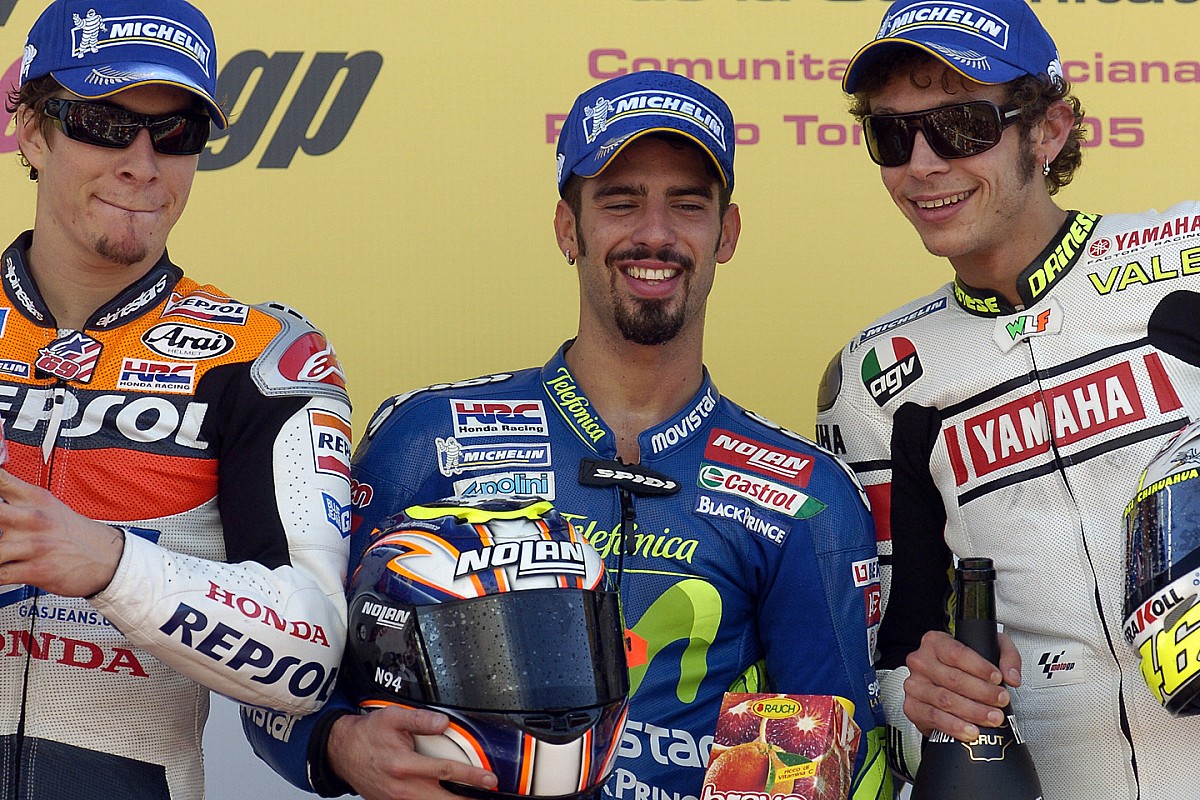 It’s been a little over two weeks since he hung up his pilot’s helmet and Valentino Rossi has received countless messages of friendship, including from some of his fiercest past opponents. But the intense rivalry they may have had with # 46 is not digested for everyone. This is what explains Marco Melandri in the documentary that DAZN devoted to the rivals of # 46, returning to the somewhat heavy place he occupied alongside the nine-time World Champion.

“What I never digested well is to always be confronted with him. It was a burden for me because it was something that I had not sought”, explains the former rider, Rossi’s dolphin in the MotoGP championship in 2005, but also his successor at Aprilia in the lower category, in 2000.

“I had a lot of trouble when I arrived at Aprilia in a 250cc, because I took his place in their team. I had very different needs but they reasoned as if I was Valentino Rossi. not the character and the strength to impose myself and I had a lot of difficulty. I tried to exceed my limits a lot of times, I fell a lot, so I got injured and had to start again from afar.”

Arriving in MotoGP in 2003, Melandri rose through the ranks for two years until a very successful season in 2005 when, while Rossi was already assured of the title, he signed his first victories by winning the last two rounds of the season.

“The first two races I won in 2005, I won them precisely ahead of Valentino, in Turkey and Valencia, and precisely the year he could have become the driver with the most wins in a season. So I stopped the one who really could have become the greatest of all time. He had 11 wins, there were two races left before the end of the championship and with 13 wins he would have passed Agostini. But I won. the last two.”

This weight that Melandri felt did not come only from a heritage that was a little too heavy to bear, but also from the approach of Rossi, a past master in mental empowerment. “Rossi used to attack you psychologically. The problem was, as long as he was doing it, it was seen as an asset, whereas when you attacked him, you automatically become the bad guy.” , he explains.

“It was difficult to run against him, because no matter what Valentino did wrong, there was always a good reason to justify it. Conversely, anyone who challenged him or did something that crossed the line was always attacked and crucified. . “

Valentino Rossi and Jorge Lorenzo at the 2008 Portuguese Grand Prix

For Jorge Lorenzo, You had to show a foolproof mind if you wanted to succeed in existing alongside Valentino Rossi, or even defeat him, and some succeeded better than others. “Valentino, I have a lot of respect for him but I don’t make a myth of him. I don’t make a god of him, because if he does then it is impossible to beat him”, believes the Spaniard, who was # 46’s teammate and best enemy for seven years. “What is certain is that if you had a weaker mind or let yourself be influenced by its media aura, you could feel inferior and that could perhaps influence you on the track. Me who has a strong character. , it did not influence me but I understand that it could have been the case of other opponents. “

Max Biaggi has been one of the Doctor’s biggest rivals too, but he has no difficulty admitting that this psychological struggle has sometimes reached him. “The pressure he was putting on me was not helping me, it took something away from me”, he describes.

The Roman judge, on the other hand, that his historic rivalry with Rossi was created from nothing, as it was attractive from a media point of view. “I think that at that time there was a need for a great rivalry. As luck would have it, there were two Italians, one a little older and the other recently arrived and showing great potential. Opinion, it was not born by chance: they made sure that this rivalry arose. When we found ourselves in the same category, in 500cc, we did not know each other but it was as if it was had already arrived. “