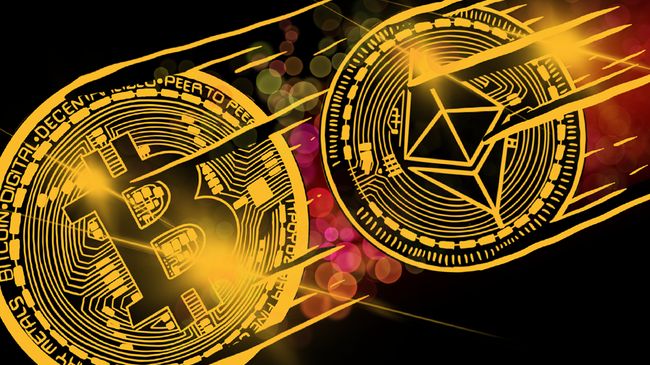 Jakarta, CNBC Indonesia– The Covid-19 pandemic that attacked the Philippines caused the people of the island nation to look for new ways of livelihood because the economy was hit by the nCov-19 virus. One of the unique ways to make a living that has recently gone viral is playing games.

Yes, playing games, not random games but. The game is titled Axie Infinity which was released by SkyMavis where players who play this game have the opportunity to get fresh funds through NFTs (Non-Fungible Tokens), and crypto currency through raising, hunting, and fighting pet monsters called Axies.

This phenomenon is told through a documentary video released through the Youtube channel of a crypto consulting company, Emfarsis and game company Yield Guild Games.

The documentary tells of the Filipino people who play the game, ranging from a mother, three entrepreneurs, a student who has just graduated, a taxi driver, to an elderly couple.

The phenomenon that started early last summer exploded after a Coindesk article published about the game caused the number of players to explode. Nearly 60 thousand players have played this game, said game developer Jeffrey Zirlin to CNBC International.

This digital game that can connect various players from various parts of the world has become popular in the Philippines in the midst of a shattered economy due to the pandemic.

The Philippines’ GDP contracted by 9.6% in 2020 and was the highest contraction since data was first collected in 1946, according to IHS Markit.

The number of cases that had increased in several cities last March caused the government to impose a regional quarantine where it was predicted that nearly 26 million people would be affected by the policy.

“At first I didn’t believe that you could make money playing this game, but I still tried it,” said one of the Axie gamers in the documentary. “Because of the pandemic, we have lost our livelihoods. That’s why this game is going viral in this area of ​​the city.”

An elderly married couple also play this game while manning the shop. “While guarding the shop, I was playing,” said her husband, 75-year-old Lolo. “Even though it’s okay to lose, I’m still playing.”

Axi Infinity uses NFT as rights to all purchased monsters. To strengthen this monster, players must look for SLP (Small Love Potion). Players can sell these monsters or SLPs as cryptocurrencies and then sell those cryptos as real currency.

“This game is like playing chess, you need to use strategy,” said one freshman named Howard.

AxieInfinity got the idea for this game from Pokemon games and CryptoKitties which was one of the first cryptocurrency games. “As long as you have a mobile device and internet access, you can play this game,” Zirlin told CNBC International.

One of the criticisms of the game is the result of the volatility of cryptocurrencies. This is because players who wish to exchange cryptocurrencies into native currencies must go through the notoriously volatile Ethereum platform and currency.

“Axie has its own economy, indeed from time to time there will be wild movements due to macro factors, but in the long term we believe this digital country will experience high GDP growth which will boost the economy in the game.” Zirlin said.

“The most important thing is how I can earn money to eat, without going into debt and being able to live everyday. The game is successful in meeting our daily needs and paying our fees and paying off debts.” Said a mother of three children in this documentary.

Currently, Axie Infinity coins traded under the code AXS are priced at US$ 75/coin, where in a month AXS has flown 74% and 14,209% since the beginning of the year.

See also  Cycling, Pogacar and the encore to the Tour: infinite miracle of little Slovenia