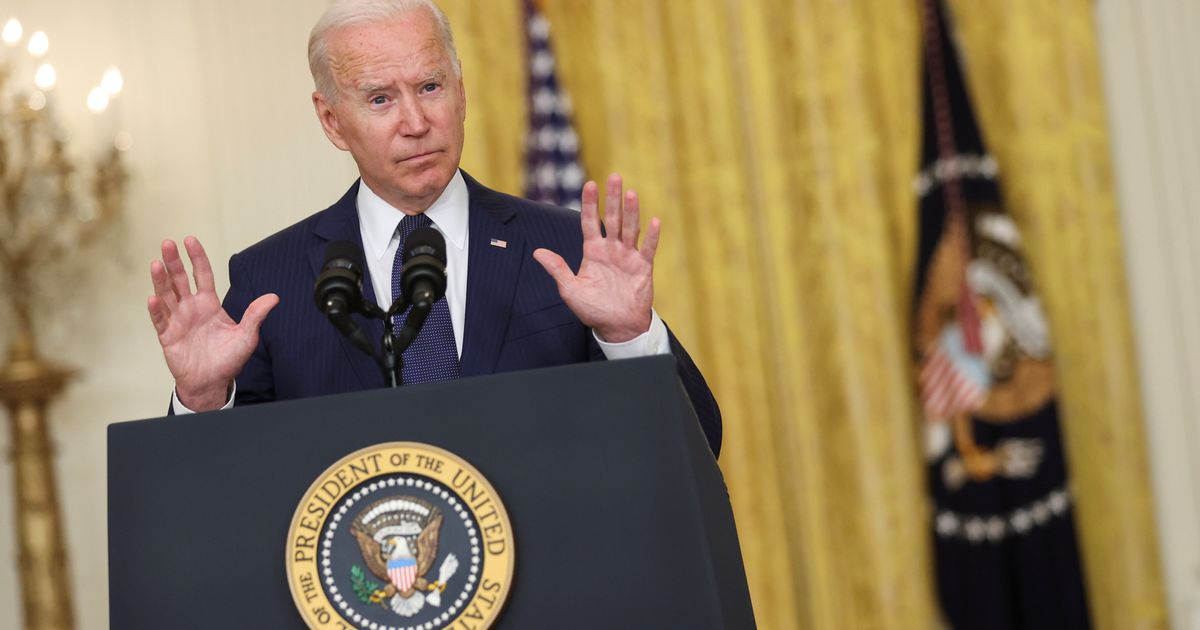 “I think the president made it clear yesterday that he wants to see them disappear from the face of the earth.” White House spokeswoman Jen Psaki answers a question, saying President Joe Biden’s commitment to eliminate those responsible for the Kabul massacre, he added, “will continue until it happens.”

The US military has “strengthened security as much as possible to protect the Kabul airport and surrounding areas”. “We need to coordinate with the Taliban,” Psaki said, “we don’t trust the Taliban, it’s not a question of trust but the reality on the ground is that the Taliban control a large part of Afghanistan including the areas around the airport. there are no other options ”. Psaki reiterated that the American authorities “have no information” to suggest a role, albeit passive, of the Taliban in the attack on the Kabul airport. “There was certainly a flaw in the security operations, there is no doubt about that,” Psaki noted.

On the day after the attack outside the Kabul airport where 13 American soldiers also died, Joe Biden prepares the US reaction to give a signal that America “does not allow itself to be intimidated” by terrorists. “Every attack will receive a quick and strong response,” with the “devastating use of force if necessary,” he threatened ten days ago. A warning perhaps aimed more at the Taliban but which from Thursday has targeted those responsible for the massacre at the gates of the Afghan capital’s airport. “We will not forget, we will not forgive, we will hunt you everywhere and make you pay,” he promised between anger and tears, speaking to the nation from the White House after the tragedy. The commander in chief has ordered the Pentagon to develop attack plans to target leaders, assets and structures of Isis-K, the Afghan branch of the Islamic State that claimed responsibility for the attack.

The hypothesis under study is the use of drones and missiles against the shelters of militia leaders, probably on the porous border with Pakistan. And perhaps only after the completion of the withdrawal on August 31, so as not to further compromise the safety of the evacuations.

In the daily briefing, the Pentagon spokespersons took great care not to go into the details of the future response and limited themselves to providing some updates, first of all specifying that only one kamizake acted and that there was not a second explosion near the Baron hotel, but without giving details, not even about the shooting that followed. Investigations still seem smoky and fragmentary. For the first time, they also admitted that security breaches by the Taliban might have allowed the attack, after Biden denied evidence of “collusion” between Islamic students and ISIS. The US defense then assured that the US has the ability to continue the evacuation operations “until the last moment”, with another 12,500 people taken away in the last 24 hours, of which over 300 Americans. But that before the withdrawal it will destroy part of its arsenal in Kabul to prevent it from falling into the hands of terrorists or, as has already happened, the Taliban: too expensive and dangerous to take away heavy vehicles and equipment, such as helicopters and armored vehicles.

The Pentagon therefore confirmed that “specific and credible threats are still imminent in Kabul” and it is on these that all efforts are being concentrated, even if the frustration remains of having already foreseen an attack that has not been able to thwart. But in the meantime, the CIA is working to counter the medium and long-term threats that could emerge from the Afghan chaos, after the Taliban have shown that they do not control the territory. For this, according to the New York Times, it is negotiating for new bases in Central Asian countries, determining how many operatives can manage the sources in Afghanistan without the military and diplomatic outpost coverage they have enjoyed for 20 years. And imagining from where it could launch operations and drone launches.