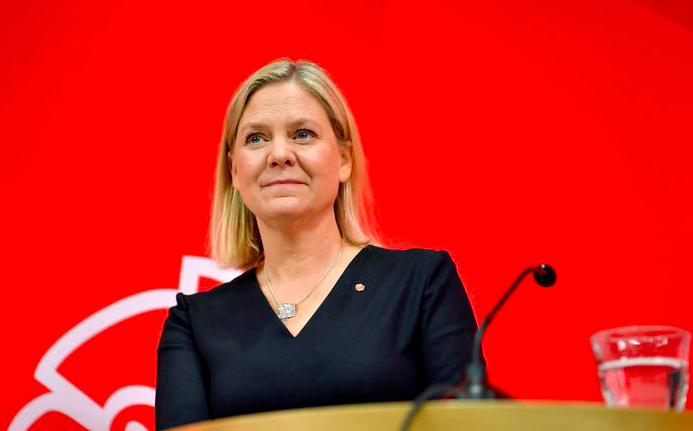 After being elected at the party congress in Gothenburg, the Swedish finance minister Magdalena Andersson she is the new leader of the Social Democratic Party. A fundamental step for the election to the office of premier after the resignation of Stefan Lövfen. A historic moment for Sweden, which until now had never had a woman as prime minister. The last step that separates the economist from the official appointment is the vote in Parliament. At the moment, no date has yet been set. Magdalena Andersson, economist and finance minister in the Lövfen government, was a senior swimmer and studied social sciences at Uppsala Cathedral School. In 1992 she graduated from the Stockholm School of Economics with a masters in economics. Prior to becoming Minister of Finance, Andersson served as political advisor to Swedish Prime Minister Hans Göran Persson from 1996 to 1998, until reaching the role of Secretary of State until 2006. He subsequently re-served as political advisor to the then leader. of the opposition Mona Sahlin from 2007 to 2009, before becoming Chief Director of the Swedish Revenue Agency. In 2014 she was appointed Minister of Finance. After Lövfen’s resignation, his name was one of the first to be considered to replace the premier.