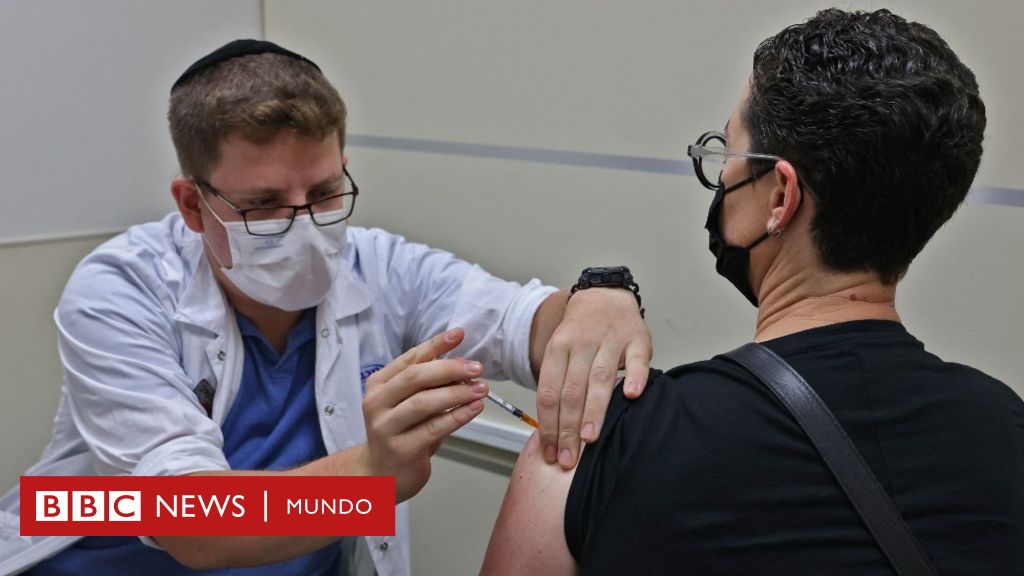 Israel was one of the first countries to implement a comprehensive vaccination program against covid-19, becoming a focus of interest for the rest of the world.

By the end of February, authorities had administered at least one dose to 50% of the population.

The country had practically returned to normal life in early June. Covid-19 cases remained low and it appeared that vaccination had won the battle against the virus.

Nevertheless, Starting in July, the cases started to increase again and at the beginning of September, more than 10,000 new cases were reported daily.

The response of the Israeli authorities has been a booster vaccination program that was initially offered to those over 60 but has been extended to increasingly younger population groups.

The recent surge in cases has sparked debate over the future of the country’s vaccination program and may hold important lessons for the rest of the world, according to Rachel Schraer, a BBC health reporter.

Israel’s health authorities will be especially vigilant following the reopening of schools on September 1 and family gatherings that took place this week on the occasion of the Jewish New Year, Rosh Hashanah.

A major part of the problem in Israel has been vaccination coverage, said Micheal Head, a global health researcher at the University of Southampton in England.

After its rapid start, the vaccination program slowed down, Head noted in an article on The Conversation site.

“There have been no clear interruptions in the supply of vaccines, so factors such as hesitancy or access to medical care may have been a problem,” said the researcher.

“For instance, there is evidence that acceptance is lower among Arab and ultra-Orthodox Jewish groups“.

The proportion of the population that received a dose increased from 50% in February to just 68% in September. Children ages 12-15 have been included in the launch since June 2021.

With about 30% of its population unvaccinated, Israel has an estimated 2.7 million inhabitants who are potentially susceptible to infections and diseases, he added.

But even without these groups being vaccinated, a few months ago the level of coverage seemed to be sufficient to control cases. So what changed?

The more infectious Delta variant appears to have evaded some of the vaccine’s protection against infection, although it remains highly effective against serious diseases.

Scientists monitoring the data believe that an important factor in the recent increase in cases in Israel is the decreased immunity generated by the Pfizer vaccine, which was initially the only one administered in the country, according to Schraer.

Segal noted that five to six months after being vaccinated, people are likely only 30% to 40% protected, compared to more than 90% when protection is first activated.

“That’s what was driving the wave,” Segal said, a conclusion drawn from a careful analysis of infection rates in people vaccinated in different months.

Despite this drop, vaccination still prevents a significant number of serious cases. The unvaccinated get seriously ill with covid about nine times more than those vaccinated among those over 60, and twice as many in younger people, Schraer said.

Head noted that, according to recent reports, almost 60% of hospitalizations are from fully vaccinated people.

However, these figures do not necessarily mean that vaccines have lost their effectiveness.

“The same kind of trend has been seen in the UK, and it may simply reflect the fact that the elderly are more likely to be vaccinated and at the same time more susceptible to disease, factors that combine to inflate covid cases. -19 and deaths among those vaccinated, “Head clarified.

For Head, another weighty factor is that Israel ended its restrictions.

The researcher quoted Dr. Asher Salmon, director of the Department of International Relations at the Israeli Ministry of Health, who suggested in July that Israel“could have lifted the restrictions too soon “.

For Head, the case of Israel is “the latest in a long list of examples showing how community transmission can easily be sustained when national policy encourages mixing of susceptible people with little or no restrictions.”

The researcher cited the rigor index of the measures against the covid created by Our World in Data. This index measures the rigor of policies to contain the pandemic in each country in the world.

Israel responded to the recent increase in cases by implementing a reinforcement program. First, a third dose was offered to those over 60 years of age, but the limit was gradually extended to younger ages.

On August 29, Israeli authorities announced that the third dose is available to anyone 12 years of age or older who has received their second dose at least five months earlier.

The third dose “is slowing down the delta wave“said Professor Segal.

Dr. Anat Ekka Zohar, who leads the study of the booster program, said that three doses were “highly protective, both against infections and serious diseases.”

“The third dose is the solution to stop the current outbreak of infection,” he added.

See also  La Palma. Lava cut dogs off from the world. They are provided with food by drones

Head explained that in those who receive a booster, the risk of a confirmed coronavirus infection seems to decrease 11 times compared to individuals who have received two doses.

However, the researcher cautions, the study on this matter is still in a preliminary version, so its findings have not yet been formally reviewed.

There are intense global debates about whether there should be booster programs when so many people in the world have not even received a dose.

In early September, only the 5.4% of the population5,4% from the African continent had received at least one dose of any vaccine against covid-19.

Some observers also question whether it is sustainable to administer booster doses every six months or once a year as in the case of the flu vaccine.

Rachel Schraer notes that while we have accumulated a great deal of evidence to show that vaccines are safe and effective for almost everyone, there are still areas where we need more information.

It could be that a three-dose schedule is needed, as in the case of the hepatitis B vaccine, for which triple vaccination results in more or less lifelong protection for most, the BBC reporter noted.

Or it could be that two doses plus natural immunity are enough.

People can get good natural protection after contracting the virus. But without a vaccine, the infection carries the risk of serious illness with long-term complications or even death.

Scientists have hypothesized that repeated exposure to covid infection, now with the protection of the vaccine and natural immunity from past infections making it less risky, could over time turn the virus into a potentially recurrent disease but relatively little bothersome.

Others fear, however, that this may come at a high cost, since severe infections can still affect the most vulnerable and many consequences of prolonged covid are unknown.

At least, the BBC reporter concludes, Israel’s reinforcement program could provide more answers to some of these outstanding questions.

For Michael Head, the launch of the vaccine in Israel, in general, has been very successful.

“But the country is also an example of what can happen when restraints are relaxed too quickly“he added.

“This shows that all countries, regardless of their current vaccination status, must maintain longer-term plans on how to minimize the impact of covid-19, during this current pandemic and in cases of minor outbreaks in the future.”

Now you can receive notifications from BBC Mundo. Download the new version of our app and activate them so you don’t miss out on our best content.