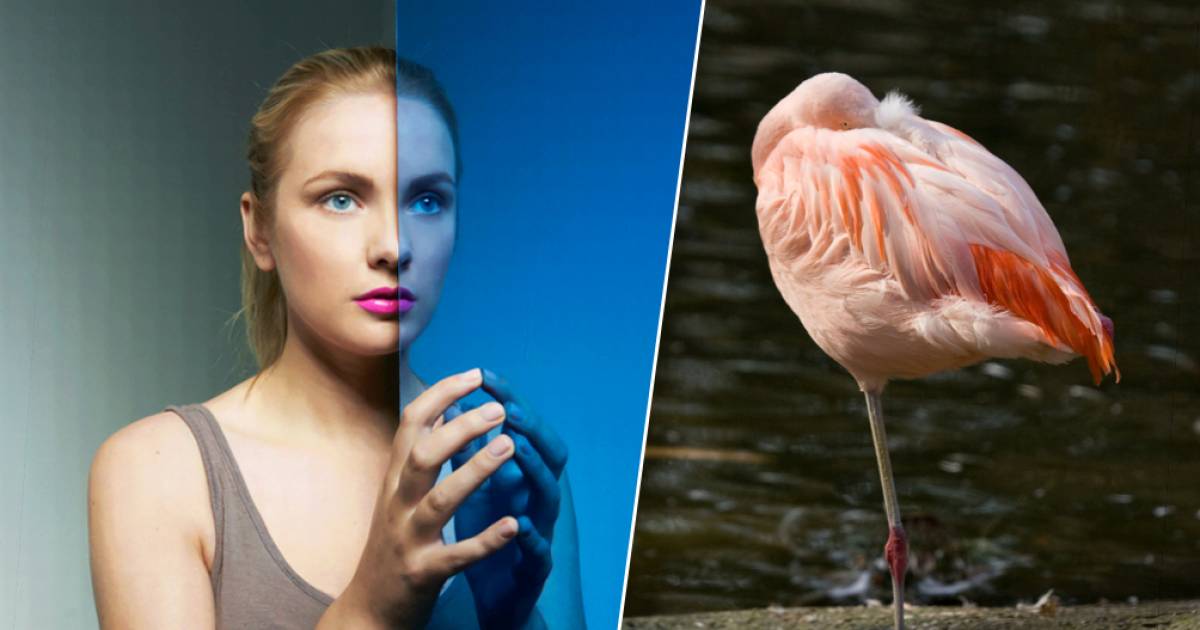 Today is Science Day, which is why we put some reader questions to Lieven Scheire and Hetty Helsmoortel. From why cookies get hard or just soft to the question of whether clumsiness is hereditary: Hetty and Lieven are happy to unlock these mysteries.

Lieven: “Aha, I always wondered that as a child! Now I am lucky that my uncle and godfather, Jonas Geirnaert’s dad, is a biscuit engineer. I asked him the question and guess what: hard cookies have a lower humidity than the humidity in the room. So they absorb moisture from the air and slowly become soft. With soft biscuits it is the other way around: they have a higher humidity than the air. They slowly release moisture and that’s how they harden.”

Why are my fingers wrinkled after being in the water for a long time?

Hetty: “It has long been thought that the water passively got under our skin and caused the waves. But when it turned out that people with a certain disease in their nervous system did not get wrinkled fingers in the water, researchers realized it had to be something active. Now there is a new theory: extra wrinkles provide more grip on wet surfaces. A bit like the grooves in rain tires: the water flows away easier and faster, so you can hold on a little better. So that has been super interesting from an evolutionary point of view. The nervous system senses the water and signals the blood vessels in the fingers to contract. Because our skin cannot shrink with it, those wrinkles are created.”

What would happen to us if the Earth stopped spinning?

Lieven: “Imagine that the earth suddenly, in the snap of a finger, stopped rotating, then something very strange would happen: everyone in Belgium, and everything that is loose, would be thrown to the east at 1,000 km per hour. That is the speed at which we are currently spinning. We do not notice this because we rotate with the surface of the earth. You can compare it to a merry-go-round on which you are sitting. If it is running at high speed and it suddenly blocks, you will also fly off hard. Once the earth stands still, we will no longer have days and nights of 24 hours. A day and a night would be 6 months each, as we are still circling the sun.

Why should we sneeze?

Hetty: “You sneeze when you have a cold, when you’re allergic, or just when there’s something in your nose that shouldn’t be there. You sneeze to clear your lungs and nose. When our nasal mucosa is stimulated, a signal is sent to the brain and the sneeze reflex is activated. This ensures that you first inhale a lot of air in a short time, after which your epiglottis and vocal cords close to keep the air in your lungs. The muscles responsible for exhaling want to do their job, which builds tension, until the point is reached that you blow all the air out at once. And all this in barely a second. A sneeze can go up to 150 km/h! Another fact: the world record for sneezing is 976 days long, it is estimated that the British woman has sneezed a million times.”

Why does a mirror reflect from left to right, but not from bottom to top?

Lieven: “Good question. Indeed: when you stand in front of a mirror, your left hand changes into a right hand, but above remains above and below remains below. I can give you a surprising answer: a mirror does not reflect from left to right at all. It only mirrors front and rear.”

Why does a flamingo stand on one leg?

Hetty: “There are a number of theories, but it hasn’t really been proven yet. The first is that flamingos lose a lot of heat along their legs. If you can hide one under a warm suit of feathers, that is of course useful. Flamingos in cold countries stand more on one leg than in warm countries. A second theory is that standing on one leg is just as easy for flamingos as lying down is for us. Their joints and center of gravity are completely built on it. In fact, they are less stable on two legs than on one! It seems strange, but they probably stand on one leg because they would fall over less quickly. They even sleep like that.”

Why is sea water salty?

Lieven: “You could also ask yourself: why is land water fresh? That is because the salt in the sea cannot evaporate and is therefore not in the clouds and in the rain. The water on land has actually ‘left behind’ the salt in the sea. Was all the water on Earth originally salty? That turns out not to be the case. Our water probably ended up on Earth through comet impacts. Comets are large balls of snow and ice that can crash into Earth from far away in our solar system. So the water from the tap is largely molten comet. Only comets contain fresh water. How did the sea become salty? That’s because of the rivers. They flow along rocks and rocks, releasing very small amounts of salts and minerals from them. If you allow very small doses of salt to flow into the ocean over billions of years, it will become as salty as the sea is now.”

Hetty: “Probably not. No indications for this at the moment, also because it is extremely difficult to investigate such a thing. Clumsiness depends on so many factors: our coordination is an interplay of our eyes, muscles, nerves, brain, … But fatigue or stress also play a role. Normally we test a group that has a certain piece of DNA against a group that does not. But because there are so many different things in our body that can play into that clumsiness, we can’t test that. Sometimes very serious clumsiness can be the result of diseases such as ALS or Huntington’s disease. They sometimes have a hereditary factor, but we cannot (yet) put classic everyday clumsiness on our genes.”

More info about Nerdland can be found here.

1 in 5 people is afraid of heights: psychologist explains how to overcome the fear (+)

Passing on a hereditary disorder to your child? You can avoid this with embryo selection. Professor explains (+)

Suffering from heartburn? This sleeping position can help you