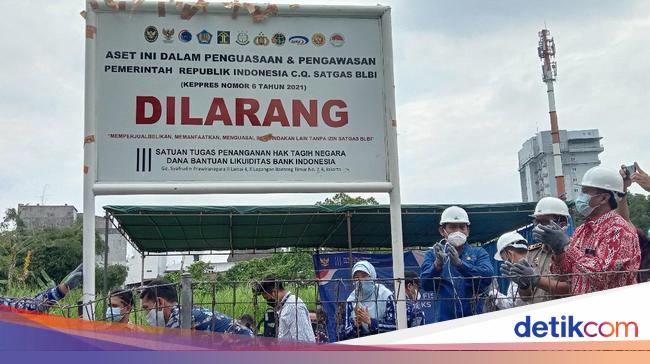 Collecting funds from 48 obligors and debtors of the Bank Indonesia Liquidity Assistance (BLBI) of Rp 110.45 trillion, including Hutomo Mandala Putra alias Tommy Suharto, is not as easy as turning a hand. This was recognized by the Task Force for Handling State Collection Rights on BLBI Funds because there are assets located abroad.

Deputy Attorney General, Setia Untung Arimuladi said the different legal systems between Indonesia and other countries made matters complex. Even so, his party admitted that they would not be tired and gave up on collecting the BLBI funds.

“Of course there are a number of obstacles faced by the BLBI Task Force, especially related to assets located abroad which have a different legal system from the legal system in Indonesia,” said Setia at a press conference, Friday (27/8/2021).

For this reason, a strategy is needed to carry out sieges in all directions, both through legal approaches, taxation, as well as international cooperation. Mutual legal assistance (MLA) and extradition agreements that are still rarely carried out must be maximized.

“Other efforts include carrying out civil lawsuits, freezing assets both domestically and abroad including companies, deepening obligor’s asset reports and the possibility of tax violations in them, as well as physical control of ex-BLBI assets,” he explained.

Setia also encouraged all parties to immediately start discussing and ratifying the Draft Law (RUU) for the confiscation of assets. It is believed that this will help the work of the BLBI Task Force.

“As a basis for law enforcement to pursue the assets of economic criminals before, during, and after the trial process,” said Setia.

See also  Exchange: the Centennial and the fear of the first mega-trial for debt

On the same occasion, the Daily Head of the BLBI Task Force, Rionald Silaban said that most of the obligors abroad are now in Singapore. The pursuit will be led by the prosecutor’s office through the Deputy Attorney General for Civil and State Administration (Jamdatun).

“Summons have been made for those abroad, most of them are in Singapore and we are coordinating with our Ambassador in Singapore,” said Rionald.

Even so, Rionald, who is also the Director General of State Assets (DJKN) of the Ministry of Finance, said that currently the BLBI Task Force is still focusing on finding domestic obligors.

“Because we believe that there is still much that we need to find in the country,” he said.