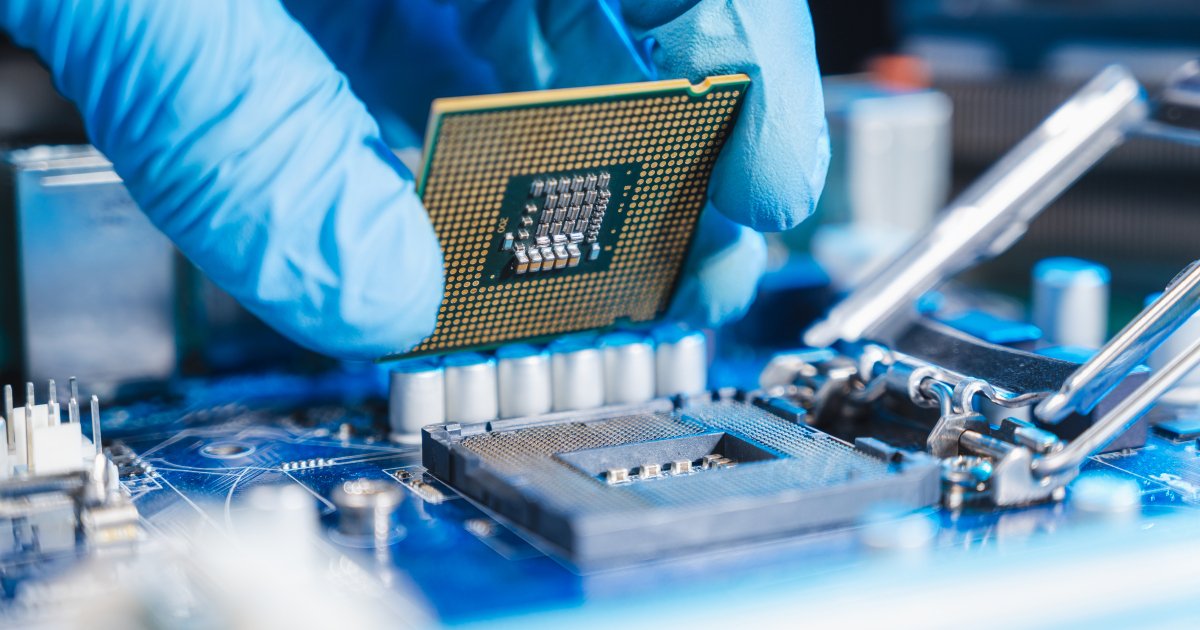 The Chinese have been trying to provide the industry with their own microcircuits for seven years, but they are not deterred by such tough sanctions or lack of budgets.

From the first day of the war Focus never stopped working. Our team considers it its duty to inform the reader about what is happening, to collect and analyze facts, to resist enemy propaganda. Focus needs your support today, to continue your mission. Thank you for being with us.

As a result of the sanctions, Russia was cut off from foreign factories, technologies and components for the creation of microelectronics. The experts explained to the publication “Kommersant“, why now the country will not be able to establish the production of its own microcircuits.

Be always up to date with the telegram channel Fast Focus.

After the entry into force of economic sanctions in response to the invasion of Ukraine, the Russian authorities started talking about import substitution and local production of chips. The Russians will have to adjust them in conditions of the most severe technological isolation. It would seem that the Russian Federation can follow in the footsteps of the PRC, but there, in much better economic conditions, the process took a long time and required huge budgets.

Why Russia has not yet established its own production of chips

Sergey Kudryashov, a partner in the Deloitte risk management department in the CIS, said that Russia was unable to start producing its own electronics in time due to the lack of an adequate state policy. Until 2020, there was no program that would provide for the goals, volumes and technologies for the production of microcircuits.

Another source added that the industry has repeatedly asked the government for financial support to upgrade or build new facilities, but the authorities have focused on funding design centers that develop processors. Now, without access to foreign technologies and ready-made components, these centers will design products exclusively “on the table”.

The first, and so far the only, attempt to launch a semiconductor production plant in the Russian Federation was made in 2004, almost 18 years ago, but the enterprise called Angstrem-T did not work. In 2008, the government began to develop a comprehensive development strategy and invest in microelectronics, but specialized factories have not yet appeared.

In 2020, the government unveiled the “Strategy for the Development of the Electronic Industry of the Russian Federation until 2030” and began its implementation in 2022, a few days before the invasion of Ukraine. Before the sanctions, the plans looked too optimistic: in 10 years, the Russian Federation wanted to go from scratch from scratch, which took about 30 years for the world leader in the production of electronics, Taiwan. There, the program was launched back in 1973, allocating tens of millions of dollars.

China decided to launch the production of semiconductors in 2015 as part of the Made in China 2025 import substitution program. According to the plan, in three years the share of its own components in Chinese technology should be 70%.

As in the case of the Russian Federation, the reason was the economic sanctions imposed by the United States in 2017-2019, as a result of which smartphone manufacturers lost access to supply channels. Within the framework of this program, over 7 years, the state has already invested $1.4 trillion, and also attracted more than 3,000 engineers from Taiwan. Finally, for now China’s microchip market share is only 4%.

Officials and representatives of the industry, in a commentary to Kommersant, unanimously stated that Russia would not be able to repeat the achievements of China, and even more so Taiwan, in a short time. To do this, the country needs to revise all plans for the development of microelectronics and completely rewrite the regulatory framework. 22 working groups are working on the concept of the new state program, and its implementation is estimated at 0.6-1 trillion rubles.

“For objective reasons, it is impossible to complete the task of comprehensive development of the industry in a short time, from materials and equipment to factories and final products. If we talk about machine tool building, then here we need to follow the path of China and partially engage in the reproduction of foreign technological ideas using the post-Soviet scientific school “, – said the ex-director of Ruselectronics and added that Russia will have to cooperate with countries that can supply materials.

On February 25, the day after the invasion of Ukraine, new sanctions were imposed on Russia. In particular, the restrictions of the US Department of Commerce affected the export of semiconductors, computers, telecom equipment, lasers, sensors and information security equipment. The Taiwanese company TSMC, the world’s largest semiconductor manufacturer, has ceased cooperation with the Russian Federation, and it was precisely its factories that produced the Russian Baikal, Elbrus and Skif processors.

On March 4, the United States imposed sanctions against the Russian companies Baikal Electronics, MCST (Elbrus processors), STC Modul (Neuro-B computers), and MTC Elvis (Skif mobile processors). Since that day, foreign companies using American technology have no right to cooperate with the mentioned enterprises without the permission of the Ministry of Industry and Trade, which has not yet issued them. As a result, Russian design centers cannot order chip production in Korea and Taiwan.

An expert recently said that Russia can only independently produce processors of the 1980s level. The economy of the industry is very complex, because it requires an extensive infrastructure and a wide sales market.

It was previously written that China owns only 4% of the chip market. Most of the chips are developed and produced in the United States.