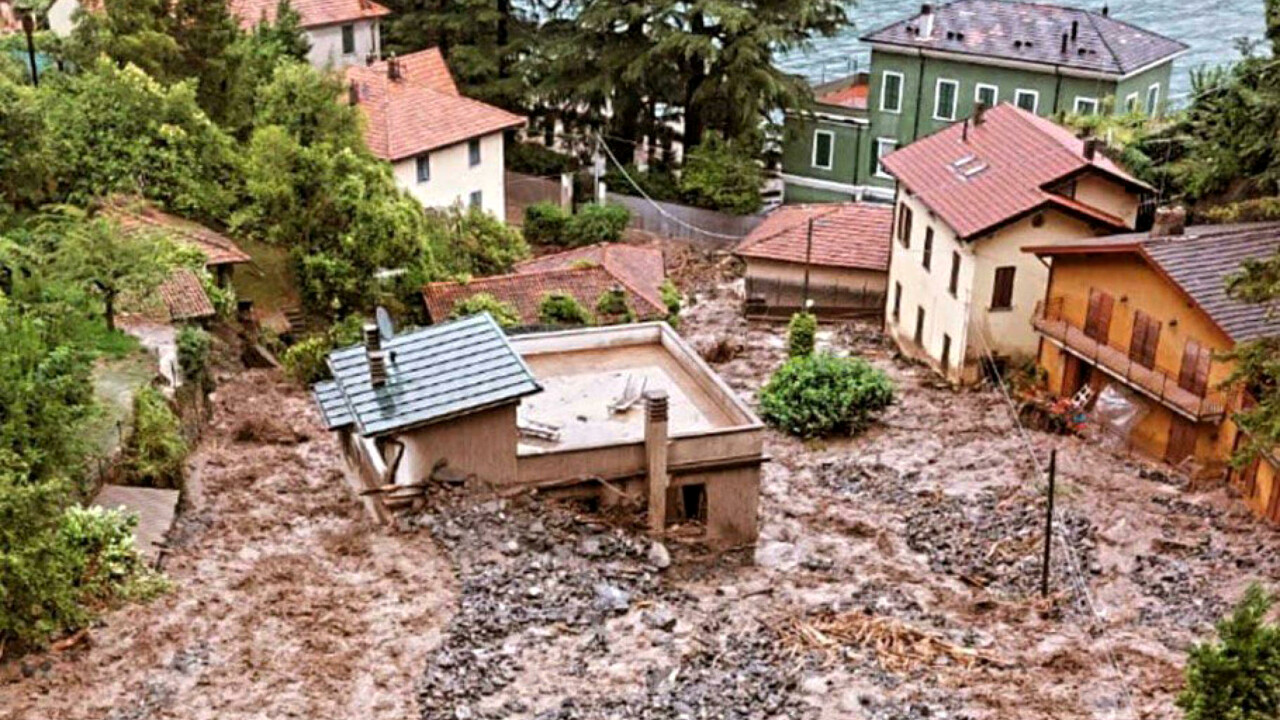 The Como was hit by one strong wave of bad weather in the last hours, in particular the western shore of the Lario from Cernobbio up to Colonno and the Intelvi valley. The streams invaded the streets, dragging cars away, water and mud ended up in the middle of the houses, fallen trees and boulders downstream blocked the streets, entire villages remained isolated and hundreds of firefighters and volunteers working for the flooding and to clear debris. Even yesterday the bad weather made itself felt in Lombardy, especially in Mantua and Milan, where today a moderate critical weather alert is in effect – orange code, danger level 3 out of 4 – for severe thunderstorms and hydrogeological risk. Also yesterday, a violent hailstorm hit the low Parma area, provoking extensive damage especially along the A1 motorway between Parma and Piacenza, with hundreds of cars with shattered windshields and the body riddled with frozen grains.

What is happening? “All the fault of a situation that has now been blocked since the end of June, except for a brief parenthesis last week, which sees the African anticyclone lying in Centrosud, where the climate remains very hot, oppressive and muggy, with high physical discomfort, while the North remains on the edge of high pressure “, explained the 3bmeteo.com meteorologist Edoardo Ferrara. “Precisely the northern regions thus appear to be a land of confrontation between the African heat, fuel for severe storms, and the cooler and more unstable air infiltrations of Atlantic origin, piloted by eddies in action on Central North Europe. A mix in some cases. explosive that generates local but sometimes violent phenomena, with a storm character, with hail even of exceptional size, gusts of wind and in some cases tornadoes “, according to Ferrara.

Bad weather lashes the North: what will happen in the coming days

For the expert “the storm supercells mainly affect the Valpadana, an enormous reservoir of hot and humid air, which favors large hailstorms, as frequently happened in Emilia, the Lombard-Venetian and Piedmontese plains” while “in the meantime, the Alps and the Pre-Alps remain target of often very abundant rains: emblematic is the case of Lake Como, where a hydrogeological instability is currently underway, caused by exceptional rainfall with accumulations of 300mm in three days, that is to say three times the expected rain throughout the month of July “.

The situation does not seem destined to resolve itself anytime soon. In fact, according to the 3bmeteo meteorologist “this meteorological setup will continue over the next few days” and “after a brief respite on Thursday and Friday, further heavy thunderstorms are expected next weekend, while in Centrosud it will continue to be very hot”. All this could last until the first ten days of August, “albeit with modulations”.