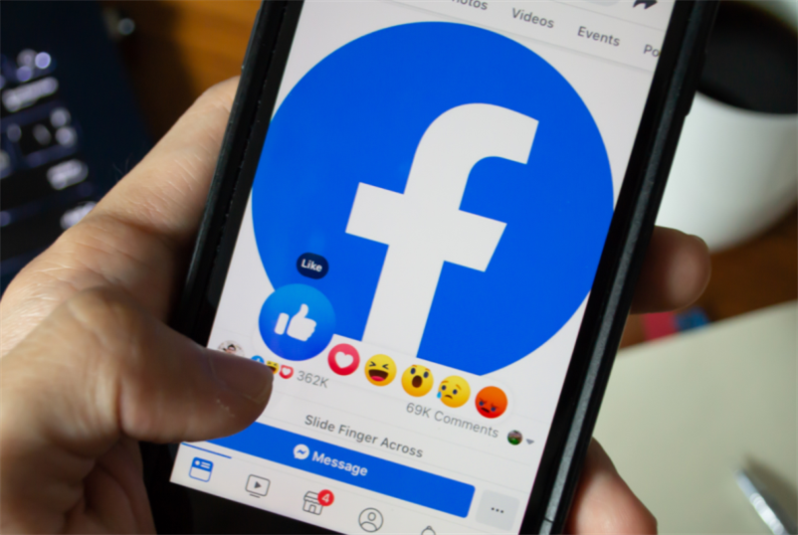 A large number of Internet stars, such as the Kenyan actor Mark Moas, were surprised by Facebook’s announcement of its intention to spend more than a billion dollars on programs dedicated to content producers, given that the network, which seeks to compete with other platforms such as “Tik Tok” and YouTube, has become somewhat “obsolete”, he said. consolation

The 25-year-old, who has 160,000 followers on TikTok, and speaks a mixture of English, Swahili and slang about his student life, doubts his ability to encourage his audience to join the social network.
“My mother has a Facebook account, but she doesn’t know Tik Tok,” he told AFP by email. My content is designed for millennials who prefer other platforms.”
This comes after Facebook announced last week that it will allocate one billion dollars to pay until 2022 to content producers who publish their materials on its platform, in areas as diverse as humor, fashion or video games.
YouTube, “Tik Tok” and “Snapchat” networks are already engaged in a fierce battle to attract social media stars and their followers, who can return them with huge advertising revenues.
In November 2020, Snapchat began spending $1 million a day on top content producers on its platform. As for YouTube video producers, since 2007 they have also been able to get a small portion of the billions that are generated by advertising on the site. It wasn’t until 2017, that Facebook started paying for the popular videos.
As for Facebook’s Instagram, it wasn’t until last year that influencers began to include a portion of its advertising revenue, as they get paid through partnerships they make directly with brands.
The co-founder of Fair Nation, the social networking celebrity agency, Joe Galeese, was not surprised by Facebook’s delay.
The Mark Zuckerberg Group, which was founded in 2004, had already built a solid advertising model when the first influencers began to break into the networks and attracting them was not necessary to “change the company’s business model,” says Galeese.
However, like the influencers, their followers, who are mostly from the younger generation, also headed to other platforms, reinforcing the impression that Facebook is a “outdated” site for the sons of the so-called generation Z, which is only worthy of their parents.
The percentage of people over the age of 65 who are subscribed to Facebook has increased by nearly a quarter over the past year, twice as fast as the growth rate of other age groups of all kinds, according to the “Digital 2021” report prepared by We R Social and Hootsuite.
During the first half of 2021, the Chinese “Tik Tok” was the most downloaded application, according to the American “Sensor Tower” center. And he overthrew Facebook in the field of launching popular trends on social networks, especially during the pandemic, as the short recordings published on its platform contributed to softening the atmosphere for millions of people.
One of the goals of Facebook’s billion-dollar plan is for the platform to become popular and young people not alienated from it.
“Content producers are an important part of the equation, because they are trending,” Claudia Cameron, who is responsible for marketing at IMA influencers in Amsterdam, stresses.
Experts consider it too early to consider the era of Facebook over. “We can’t underestimate them,” says Joe Galeese. “They are very strong in technology.”
Note that Facebook, which earned $84.2 billion in advertising revenue last year, has a large financial capacity that gives it a wide margin for investment. Its subscribers are growing, with 2.8 billion active users today worldwide.
However, Facebook must invest more money, according to Galizzi, who notes that “it is very difficult to attract all these content producers, unless Facebook uses very large sums of money, and what is meant here is more than a billion dollars.”
The giant group has not yet explained how the money will be distributed, but Claudia Cameron expects a large part of it to go to Instagram, which is still considered “popular”.