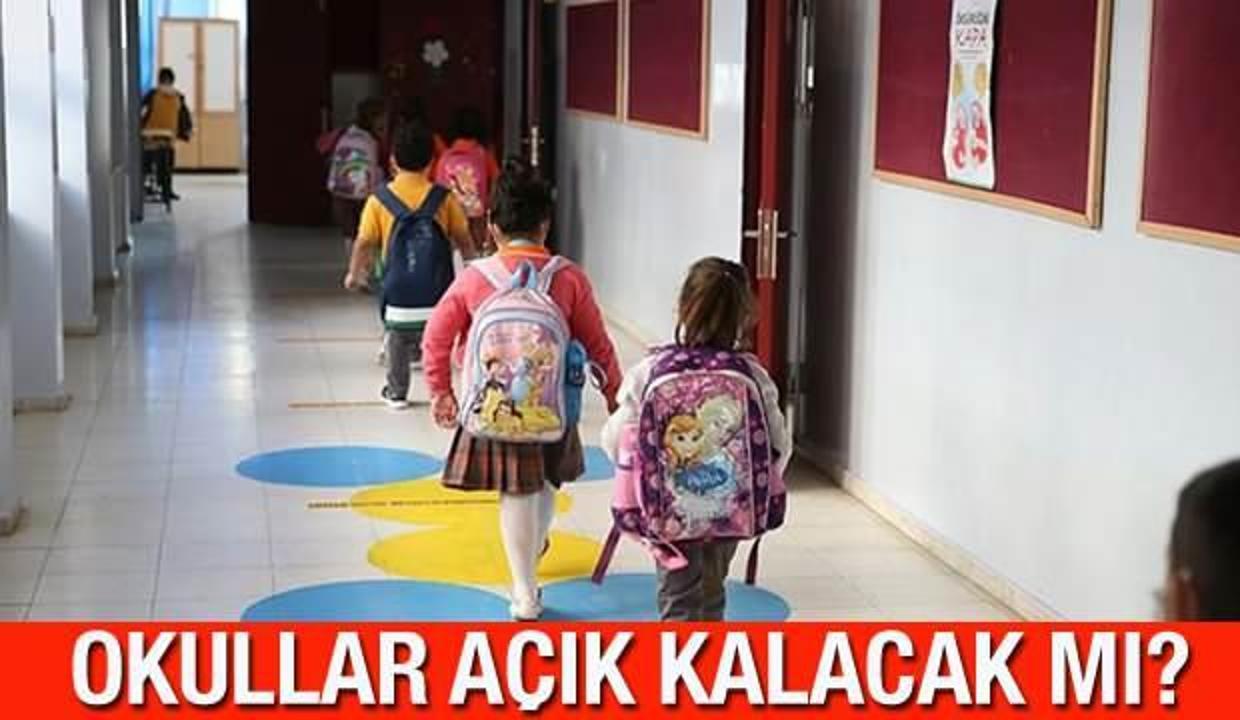 Towards the end of October, flu and similar diseases began to increase in students with the decrease in air temperatures. Anxious families flocked to hospitals to find out whether the disease was coronavirus or a normal disease. Face to face educationAs the 6th week was ending, the 1-week November break came. With the decrease in air temperatures, the number of cases was fixed at almost 30 thousand levels with the preference of closed places. Especially after the cases and contacts in schools MEB took action, reducing the 14-day quarantine period to 14 days. While the measures and measures to be taken were on the agenda, Health Minister Fahrettin Koca made the statement that students and their families were waiting for about face-to-face education. Will schools close again? Here is the face-to-face training statement of Minister Koca…

Health Minister Fahrettin Koca, Science board made a written statement after the meeting. Stating that the members of the Scientific Committee complained about the question “Will the schools stay open”, Koca said, “We express once again that the closure of our schools will never be on the agenda, in the most clear and determined manner.” In the continuation of his statement, Koca said that they stated that closing the schools will never be on the agenda, “There is no benefit or sense in keeping this issue on the agenda. We will continue face-to-face education at every level of education by protecting our children and following the precautions.” he ended his speech.

“One-third of the cases occur in the Child Age Group”

Member of the Ministry of Health Coronavirus Science Board and Chief Physician of Başakşehir Çam and Sakura City Hospital prof. Dr. Nurettin Yiyit, touched on the important points about face-to-face education. As a result of the studies, Yiyit mentioned that students mostly bring viruses to schools from home and stated that families should have their vaccinations done so that students are not deprived of schools. ” The number of cases has increased in children, now one third of the cases in Turkey are in the pediatric age group,” said Yiyit, adding that the pleasing part of this situation is that these rates are not largely reflected in the patients and intensive care units.

Minister of National Education, will schools be closed if there is an unexpected increase in cases? answered the question. Stating that the practice implemented by the Ministry requires closing the classrooms, not the schools, the Minister reminded that the safest places in the country are schools, and drew attention to the inspections.

In the face-to-face education that started on September 6, the rate of closed classes so far is below 1 percent of the total number of classes closed and opened on a daily basis. Minister Özer reminded that 2 percent of the schools in America are closed and emphasized that even the rate of class occupancy in our country is less than this amount. Closing of schools is not on the agenda of the Ministry of National Education at the moment.

Announcement of Distance Education from the Science Board!

Coronavirus Scientific Committee Member Nurettin Yiyit stated that the view of the Scientific Committee is face-to-face education. Nurettin Yiyit, who made statements about online education, added that their new approach is to quarantine the classrooms with cases in order not to interrupt education. Yiyit, who said that the common view in the Scientific Committee is that online education should never come under any circumstances, was asked whether there will be a restriction in the near future, “We do not expect such a plan for now. There is no such a foresight. It is not bans, it is harmony that determines the process, no matter how many bans we bring. Otherwise, those prohibitions will only remain where they were written.”

Most Cases Are Not Inpatients!

Evaluating the daily number of coronavirus cases, Scientific Committee member Nurettin Yiyit stated that they saw the figures of 30 thousand all together, and said that the intensive care services signaled that they were full at that time, considering the process in the past when the cases were very high. Yiyit stated that they are experiencing the figures of 30 thousand in the current wave, “We are currently walking under the influence of the vaccine, we have many cases, but the majority of these cases do not return to inpatients or intensive care patients. But we know that most of our patients who come to the intensive care unit progress very poorly and the results are very bad.” Here are the case numbers for the last 5 days;

Schools Will Have Their First Breaks In November!

Ministry of Education In the 2021-2022 academic year, primary schools, secondary schools and high schools have determined the dates they will take vacations. According to the published work schedule, there will be two 1-week breaks in November and April this year. Here are the dates of the semester break this year;