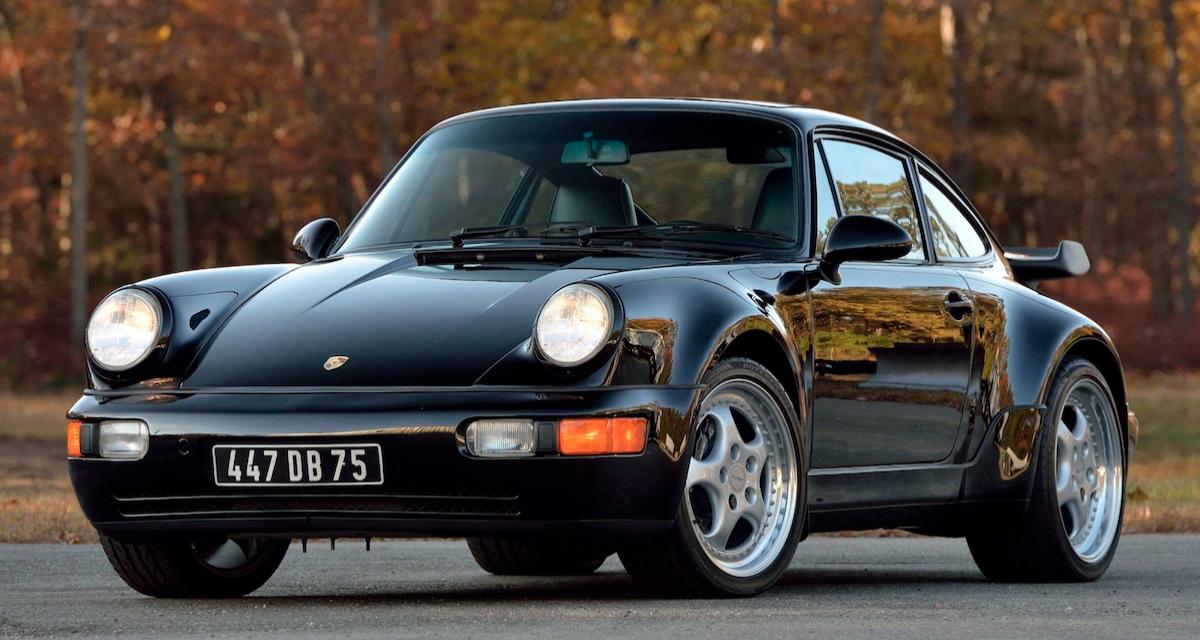 In the film “Bad Boys” produced by Columbia Pictures and directed by Michael Bay in 1995, actor Will Smith and his sidekick Martin Lawrence race through the streets of Miami in pursuit of villains in a sumptuous Porsche 911 (type 965 ) Turbo 3.6 black from 1994. The German sports car is one of the rare examples produced for the American market in this vintage (less than 350 vehicles in all). It is equipped with a 3,600cc flat six-cylinder engine fed by a large turbo, hence the name of the model. This unit develops no less than 360 hp for 520 Nm of torque, the whole being sent to the rear wheels only via a 5-speed manual gearbox. It is the last 911 Turbo in propulsion, the following passed in all-wheel drive from the type 993.

Start the slideshow
Porsche 911 Turbo 3.6 from “Bad Boys” | Pictures of the German sportswoman+10

The Porsche 911 Turbo 3.6 which will be offered at Mecum Auctions in January is in “full stock” configuration. It has a huge “whale tail” spoiler that hides the turbo intercooler, 4-wheel disc brakes, 5-spoke Speedline aluminum rims, black leather sports seats with reinforced lateral support and gauges VDO. Air conditioning, radio with cassette player and sunroof are part of the comfort equipment of this sporty coupé.

This copy was owned by director Michael Bay, who sold it to film producer Pat Sandstone. The car was purchased from Sandstone by the current owner in 2005, then became part of the Matthew Drendel collection between 2008 and 2014 before returning to the hands of its last owner until now. A restoration and major maintenance were carried out by Body Motion, New Jersey, in 2006. The car currently has 34,396 miles on the clock and has participated in numerous events between 2015 and 2020, receiving several awards for the quality of its catering (Weissach Prize in 2015, 1st place at the Jay Peak Concours d’Elegance in 2016…). She finally appeared on the red carpet for the premiere of “Bad Boys for Life” in January 2020. Its price will no doubt easily exceed $ 300,000.

Mecum Auctions will auction in January 2022 a 1994 Porsche 911 Turbo 3.6, a rare model in the United States (around 350 units). This shiny black painted copy with its black leather interior is very special, if not unique. Indeed, it was driven by Will Smith in some scenes of the movie “Bad Boys”, released in 1995. The car has full tracking and its history is obviously known. A similar model, without a cinematic background, is estimated at around $ 275,000. The price of the film’s Turbo will undoubtedly be higher.