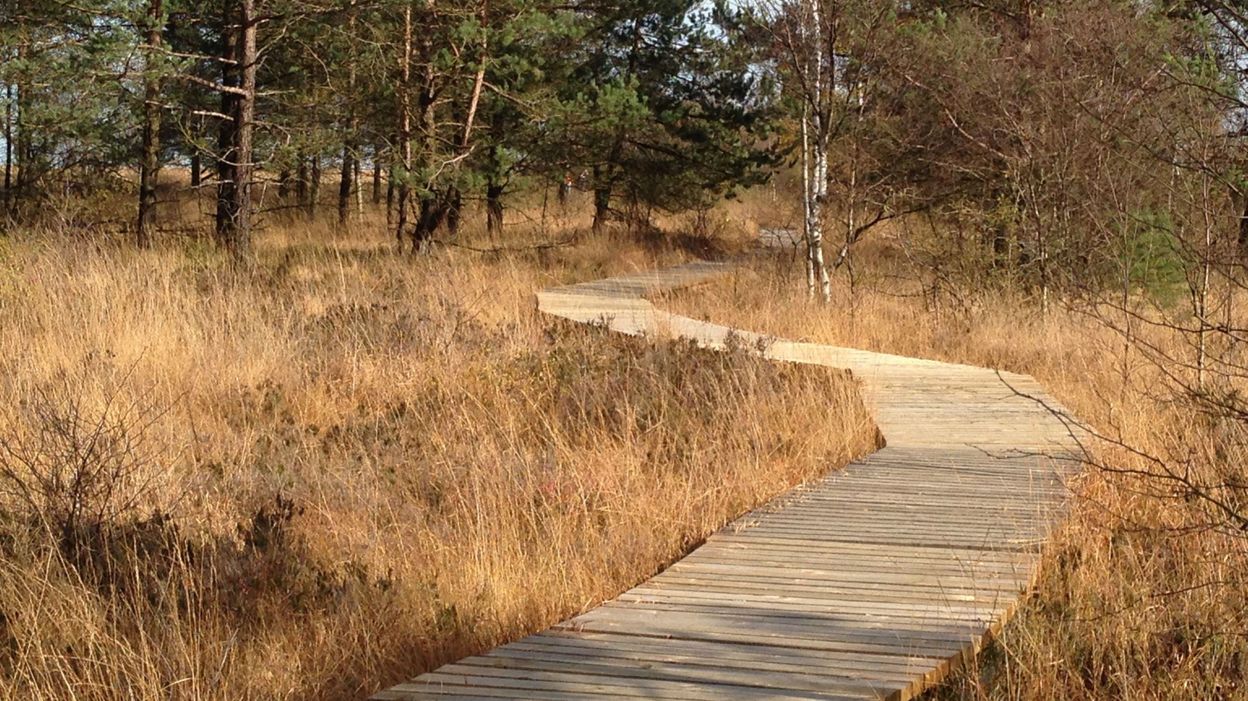 The DNF, the Nature and Forests Division, applied for a permit to replace the slatted floors with stone paths in the Fagnes de Malchamps. The frequentation of walkers is more and more important. Attendance which particularly increased during the health crisis.

From Croix Pottier to the Radar Tower, over a section of about 2.5 km, the slats of the Fagnes de Malchamps are badly damaged and the budget necessary to replace them is very high. “It is estimated more or less that a running meter of gratings has a value of 100 euros, explains Nicolas Denuit, head of the DNF for the cantonment of Spa. And so you multiply the length by 100 euros and you see that it is about 350,000 euros, if we want to replace everything identically. It is a budget which is not allocated to the restoration of the environment but which is allocated to the progress of the public in Fagnes.”

It is further noted that human pressure has increased. La Fagne has always been a popular walking spot for locals and also for more and more tourists.

Therefore, why not replace these gratings with stony paths, which are much less expensive? This is a solution recommended by the DNF: “over 50 years, continues Nicolas Denuit, I consider that a stony path is ten times cheaper than a duckboard. Some gratings are old and dangerous, the administration cannot follow in terms of repair. “

Not all gratings will be removed. The DNF has invested more than 10,000 euros this year to repair the gratings, specifies Nicolas Denuit. We are not going to reinstate where we have invested. This is a 2.5 km section (nearly half of the current gratings on the Fagnes de Malchamps).

See also  Pluto's Atmosphere Could Disappear and Its Land Filled With Frozen Nitrogen? This is the explanation of scientists

Local elected officials protest against the removal of slatted floors

For the municipal majority of Spa, slatted floors are in a way part of the heritage: […] the project of stonework which is on the table is not acceptable as it stands, specifies Yoann Frédéric, Spadois alderman for the environment. The slatted floors are part of the fagnard imagination and represent a major asset for awakening to nature, tourism and the protection of biodiversity. With our partners from the Sources Natural Park (the municipality of Stoumont, the CRIE of Berinzenne and Spadel), last June we called on the ministers Tellier (Environment) and De Bue (Tourism) to find an acceptable solution… “

And on this file, the elected officials of Spades seem unanimous. The Osons Spa group has tabled a motion at the next council on this subject. This motion calls for the protection, in their entirety, of the Malchamps slatted floors, to be attentive to their regular maintenance, to seek means of financing and to take any action to oppose the DNF permit request.

And on the side of Alternative PLus, the discourse is the same. These stony paths, instead of duckboards, Fabienne Dorval does not want them. For her, these stony paths are certainly less expensive but also less aesthetic and less practicable for some users. “As we can see, these stony paths quickly fill with mud, they are difficult for the mobility of parents with strollers or for people who are in wheelchairs. There are especially walks here that are done in joélette, a vehicle suitable for the movement of PRM on difficult terrain. It’s perfect on slatted floors, but not for a stony path “.

The Walloon Region now has around 100 days to rule on this matter.

See also  Coronavirus - WHO explained why the disease will not disappear, and gave a prognosis