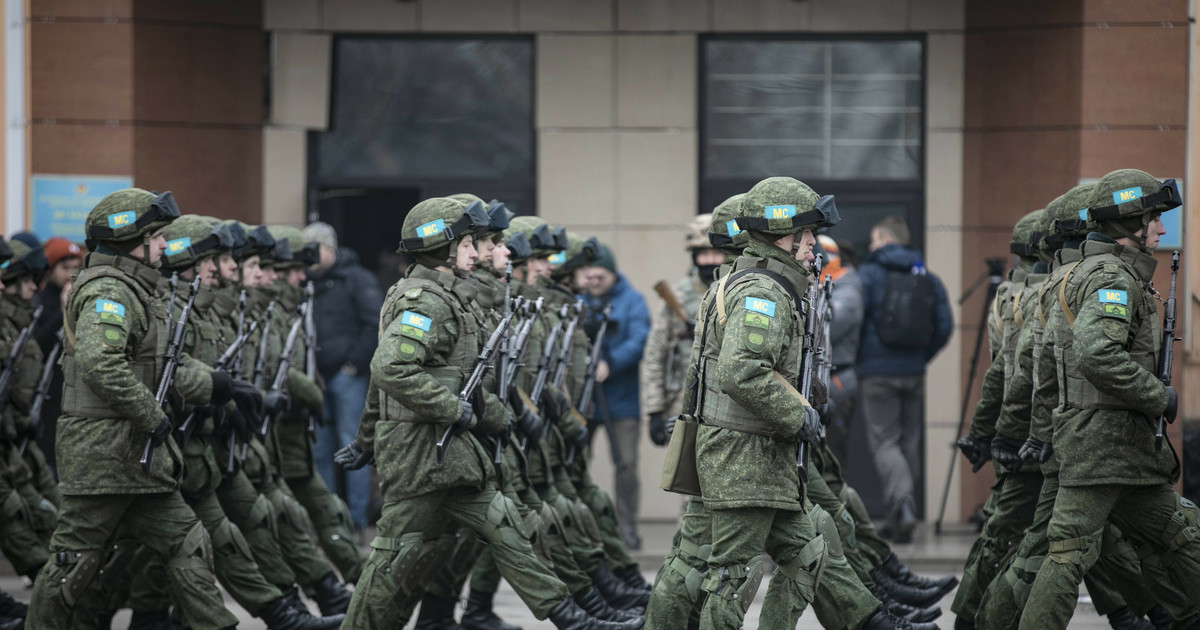 The CSTO, known more often under the Russian abbreviation ODKB (from “Dogovor Organization on Kolekitivnoj Bezopanosti”) is a military organization established by Russia, which includes Russia, Belarus, Kazakhstan, Kyrgyzstan, Tajikistan and Armenia. 2,000 soldiers (although according to other data there were about 3,000), practically all of them were transferred to Kazakhstan with the help of transport planes of the Russian Air Force.

Tokayev in a speech in Majilis (the lower house of the Kazakh parliament) stated that the withdrawal of troops would take up to 10 days. This would mean that on January 23, all ODKB forces, including in particular Russian forces, would leave Kazakhstan. Responded to Tokayev’s statement, inter alia, The U.S. Department of State and the French Ministry of Foreign Affairs, both of which call for the ODKB to respect the request of the Kazakh authorities that forces directed to that country at the request of the authorities in Nur-Sultan (formerly Astana) leave it as requested by President Tokayev.

The unclear whether this would happen arose when General Andrei Serdyukov, commanding the Russian airborne forces, and at the same time the ODKB forces in Kazakhstan, announced that the ODKB forces would be withdrawn “after fulfilling their tasks and as agreed with the Kazakh authorities.” The head of the Russian defense ministry, Sergei Shoigu, also spoke in a similar vein. Their statements could have meant that the Russian forces, remaining until the “stabilization of the situation”, would not leave Kazakhstan in effect.

Many observers feared that these forces would become a tool of Russian political pressure on Kazakhstan. It is possible, of course, but the certainty with which Tokayev announced the date of the troops’ withdrawal indicates that the authorities in Nur-Sultan seem to be certain withdrawals of Russian units. Leaving the forces against the Kazakh authorities might make some sense, but it would also be an expression of an extremely primitive policy based solely on power. Contrary to the popular belief, especially in Poland, Moscow can act not only by force – as in Ukraine, for example – but also subtly.

The modest contingent Russia currently has in Kazakhstan, and not in the capital, would not bring Russia profits from the actual occupation of the state, but leaving it would mean losses resulting from inevitably worse relations with the regime. The supply of these forces could also become a problem. The Russian presence in Kazakhstan would certainly also result in Kazakhs’ growing hostility towards Russia.

In recent years, Moscow has shown several times that it can surprise, which was reflected not only in the armed attack on Ukraine, but also, for example, in the fact that it was able to establish relations not only with authoritarian leaders, but also with leaders who they came to power as a result of a democratic – as happened in Armenia – revolution. Above all, however, if Russian forces withdraw from Kazakhstan, Russia will still play the role of guarantor of Tokayev’s power, and in this sense Moscow has already won.

From our point of view, the withdrawal of the troops will mean that in just over a week the crisis in Kazakhstan will be de facto resolved (from Moscow’s point of view) (although the reasons for the outbreak of protests and fighting will remain a problem for the Kazakh authorities for the time being). Thus, the hopes that the Kazakh crisis will effectively divert Russia’s attention from Ukraine will turn out to be completely vain, although this thesis – taking into account the size of the Russian continent in Kazakhstan compared to over 100,000 Russian soldiers on the border with Ukraine – and without that it was just a fantasy . Moscow, both militarily and politically, from the outset has been able to simultaneously stabilize the Tokayev regime and continue military and political pressure on Ukraine. If Kazakhstan bought Ukraine time, it was more days than weeks, not to mention months.