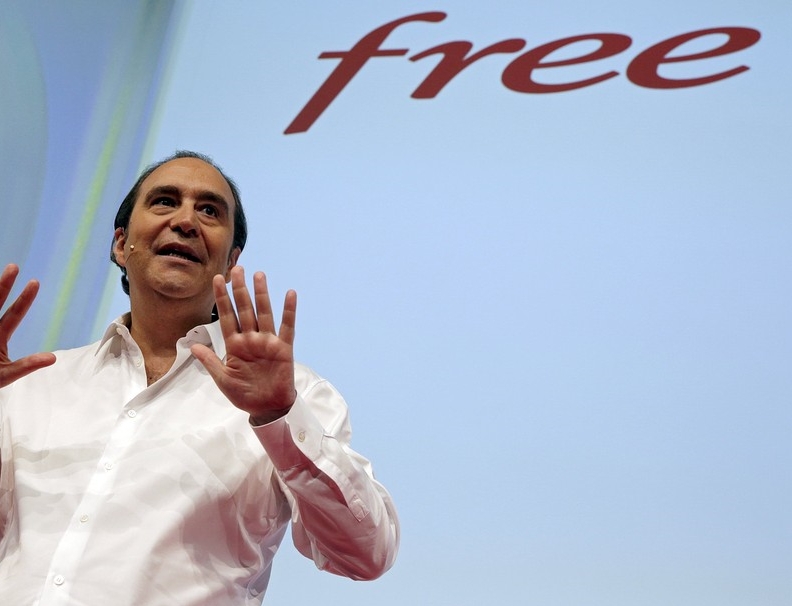 “If Kkr buys Telecom Italia, it will resell it in five years and will be ready to consolidate the sector in Italy”: this is the hypothesis launched from the columns of Bfm Business according to which The takeover of the Americans could turn into a showdown between Vincent Bolloré, the owner of Vivendi, and Xavier Niel, the rival of Free, the operator headed by Iliad as well as member of the board of the fund Kkr.

The Italian market is very fragmented, even more than in France, with five mobile operators: Vodafone, Tim, Windtre, Free-Iliad and Fastweb. “Xavier Niel is applying exactly the same strategy as France: after cutting prices and gaining a 12% market share, yeseverybody to get bigger by marrying Iliad with a competitor”, We read about Bfm Business. And the competitor in question would be Tim. Selling Iliad to Tim in exchange for a capital increase: this is the hypothesis put in black and white by one of the most authoritative French economic news media according to which Vincent Bolloré’s image in Italy has gradually cracked.  “Silvio Berlusconi, still influential, did not digest Vincent Bolloré’s offense (in the Mediaset operation, ed.) “. The group has signed two armistices, with the Berlusconi family and the Elliott activist fund, but it would not have been enough to placate the spirits. For his part, Xavier Niel enjoys a good image thanks to the drop in prices he has imposed on the Italian market, dice Bfm Business. Xavier Niel and Vincent Bolloré had already fought for control of Telecom Italia in 2015. At the time, Vivendi became the largest shareholder within a few weeks, but the Italian government did not appreciate Vincent Bolloré’s “raid”. Xavier Niel then invested in Tim and Vincent Bolloré then had to surrender Xavier Niel, with a loss of around 200 million euros (Niel then dismantled his position in 2018).

The hypothesis of a consolidation in Italy is considered by Equita more than possible: “This is not a far-fetched thesis in our opinion as Niel had tried to build a position in Tim in the past (before Iliad’s entry into Italy to tell the truth), due to Iliad’s interest in the fixed network and corporate business and the greater openness of regulators to consolidation in the market ”. According to analysts, it could represent Kkr’s most interesting exit from ServiceCo, while on NetCo the exit would be towards integration with Open Fiber in a wholesale only operator. Other press rumors hypothesize a possible move by Vivendi and Cdp to change the board of directors: “An agreement between the two shareholders does not appear to be taken for granted given the government’s position on the Kkr deal and would imply a takeover bid – they write again from Equita – for which we would see feasible only with a third financial partner ready to support the operation “.

Jp Morgan alongside Kkr: Bidco with 45 billion of liquidity

Meanwhile, according to what the newspaper Il Messaggero writes in an “attachment” on the table of Tim’s board who is working on the Kkr dossier, Jp Morgan would have given his willingness to support the operation. Kkr would constitute a Bidco – a vehicle – with a liquidity of 45 billion that would serve for the change of control and to refinance the 34 billion plus 11 billion debt which would constitute the cash confirmation to be issued to Consob. Jp Morgan would also have given its willingness to raise the commitment beyond 45 billion in the event that Kkr decides to raise the offer.

Telco for Italy: how to accelerate the transformation. The opportunities of PNRR and the Cloud

As speculations about the Kkr operation deepen, in a letter to employees (HERE THE LETTER), the now former CEO of Tim Luigi Gubitosi has summarized what has been done in recent years (Gubitosi was in office for 3 years) and above all what will be done in the next few: “Now it is time to continue and strengthen what has been done in recent years, putting ourselves at the service of the numerous projects that, thanks to the funds of the NRP, can allow that leap forward in terms of digitization and progress on which the development of the country and its competitiveness depend. for the years to come “. Gubitous in highlighting that he had discovered “from the earliest days a company with great professionalism and precious skills, rich in technology, innovation and a spirit of service to customers and the country”, he also found a company “tired of numerous corporate events and the many changes in governance which, as evidenced by the most recent events, still follow one another too frequently “.

Meanwhile, Luciano Sale will leave his position as Director of Human Resources by consensus, TIM Organization & Real Estate as of today. Tim reports it. The interim of the Management is entrusted to Giovanna Bellezza, attuale responsabile Human Resources, Business Partner & Labour Cost Planning.

The Councilor for Labor and New Rights of the Lazio Region, Claudio Di Berardino sent ua letter to the Minister of Economic Development, Giancarlo Giorgetti in which he asked for the activation of an ad hoc table to discuss the future of the company. “There are about 40 thousand Tim workers who work in the national territory and about 11 thousand of them are present in the Lazio Region. In sharing the concern for the repercussions on the Lazio territory in economic and social terms, as well as for the negative consequences that could affect all the related activities that revolve around Tim, I believe it is appropriate to start a discussion with the top management and with the trade unions with the goal of knowing the future of the company’s business plan. I believe it is necessary to protect all the interests at stake, those of consumers and small shareholders, and to implement a truly broader industrial strategy for a strategic sector such as that of highly innovative telecommunications “.

Salvini meets the unions, Giorgetti in the Chamber on 2 December

Lega laeder Matteo Salvini met with the telecommunications unions to take stock of the situation on the Tim dossier. Salvini discussed with Cgil, Cisl, Uil and Ugl: “among other things, the urgency to defend the occupation, the no to the sale, the no to stew and the need to defend the national interest and corporate assets. Salvini and the unions have vowed to remain in close contact. The secretary also guaranteed the utmost attention from the ministers of the League, starting with Giancarlo Giorgetti, ”Salvini’s press office announced.

“We have expressed our strong concerns about Tim’s future,” he points out the general secretary of Uilcom Salvo Ugliarolo upon leaving the Senate after meeting with Lega secretary Matteo Salvini. “We explained, as a trade union, our opposition to company unpacking operations which would only create thousands of redundancies to the detriment of the country. Senator Salvini – explains Ugliarolo – made himself available to follow the story, confirming the concerns of the trade unions “. The parties have left with commitment to monitor and see each other closely.

Urgent information from Minister Giorgetti to the Chamber is scheduled for 2 December. A meeting with the trade unions is also scheduled on the same day.