In full containment, while the government has imposed telework when it is possible, Windows 10 pays the price of connection problems. If you’re using a VPN on Windows 10, you may have run into trouble with software like Office 365, Outlook, or Edge. Rest assured, you are not alone. 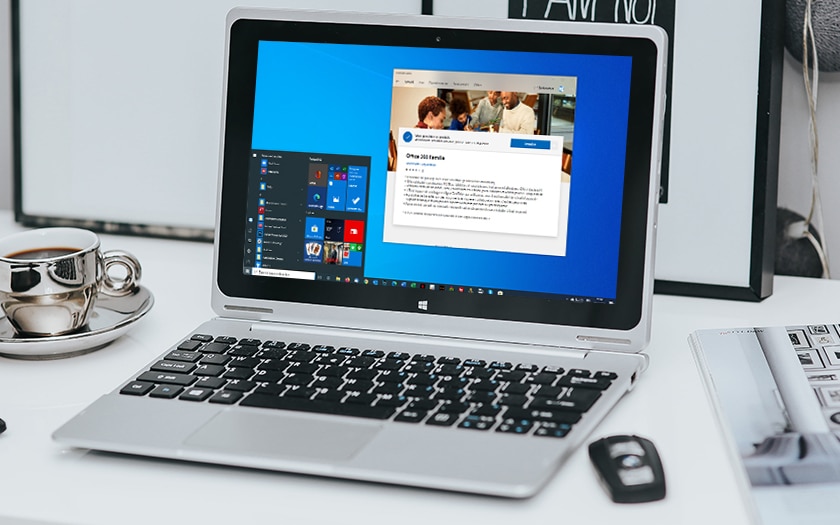 If for some time you have been unable to use some of your applications, this is normal. Windows 10 suffers from a small connection problem. The bug in question does not affect all Windows 10 users, but only those who use a VPN, as Microsoft explains on his site. ” Devices using a manual proxy or configured automatically, especially with a virtual private network (VPN), can display a limited or nonexistent Internet connection state in the Network Connectivity Status Indicator (NCSI) in the notification area. “

A bug concerning Windows 10 and VPNs

Microsoft therefore alerts its users: a bug in Windows 10 may prevent them from using certain applications that need a connection to function properly. The problem in question dates back to the update KB4535996 of the operating system, which was deployed on February 27. But it’s only the March 26 as the Redmond giant revealed it.

This problem does not mean that any connection to the Web is impossible. Microsoft says that lThe affected devices may experience problems accessing the Internet using applications using WinHTTP or WinInet. The giant of Redmond adds some examples of affected applications: there are in particular Microsoft teams, Microsoft office, Office365, Outlook, some versions of Microsoft Edge, Microsoft’s browser and even the ancestral Internet Explorer 11.

The bug in question concerns theare the latest versions of Windows 10, whether it be the 1909, the 1903, the 1809, the 1709, etc. Windows Server is also affected. For the moment, Microsoft has not really found a solution. The company advises simply restarting the machine to “alleviate the problem”, without giving further details.

The bug comes at the wrong time: because of the confinement, many are currently using a PC for teleworking and are just using applications like Teams and Office 365. The developers of Windows 10 are working to solve the problem and believe thata patch will be deployed in early April.