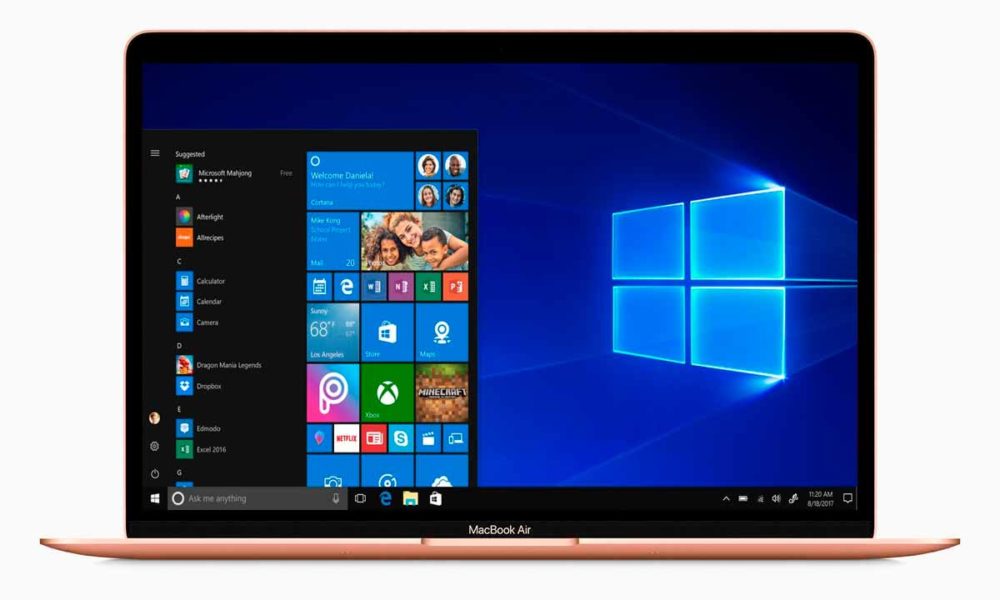 Since we had the first news of Apple Silicon, one of the questions that have floated in the environment is if it would be possible to use Windows on Mac with M1. And it is not a minor question, since there are many users who have a preference for Apple hardware but, nevertheless, either due to personal preference or needs of different types, they use it totally or partially with the Microsoft operating system. , a possibility that exists since 2006, when the Cupertino people made the jump from PowerPC to Intel.

ARM’s bet has raised doubts about whether it would be possible to continue using Windows on Apple computers, although we must not forget that Microsoft itself has been betting on this architecture for yearsWhether we talk about software, with its version of the operating system for ARM-based systems, or for creating their own devices with Snapdragon SoC, such as the Surface Pro X. Thus, from a purely theoretical perspective, seeing Windows work on Mac with M1 does not it’s crazy, and it could happen.

What is necessary, of course, is that the companies involved get down to work, and as we can read in an interview with Craig Federighi, senior vice president of software engineering, and Ars Technica, «that really depends on Microsoft«. “We have the core technologies to do that, to run their ARM version of Windows, which in turn, of course, supports x86 mode applications. But that’s a decision Microsoft has to make to license that technology, for users to run on these Macs. But Macs are certainly quite capable of doing it.«. Windows on Mac with M1 for Apple is therefore totally doable.

It is curious, actually, if we stop to think about it, because although from different prisms, Apple and Microsoft are following a similar roadmap, which is to create their own ARM-based ecosystems. Apple with its transition to Apple Silicon, which has already taken its first step, and Microsoft in a not so ostentatious way, but for some time with their Surface. So much so that you want to ask yourself not only if we can see Windows on Mac with M1, but also if we can see MacOS Big Sur on other ARM devices. The hackintosh it might not be as dead as it seemed at first.

In any case, going back to speculation about whether we will see Windows work on Mac with M1, given Apple’s disposition now it looks like the ball is in Microsoft’s court. And although I have already read several opinions that see it unlikely that Redmond will give the green light for its engineers to get down to work, the truth is that I am not so clear about it and, what is more, I think that doing so could be very positive for both companies , for both Apple and Microsoft. And most importantly, for users.

And it is that for Microsoft, hAcer running Windows on Mac with M1 would allow them to maintain the Windows user base on Mac that they already have today. And remember that Microsoft is a software and services company, part of which has its reason for being around Windows, so a Windows user is, on many occasions, also with other of its products. Is Redmond going to give up those users?

And surely there are those who think that, if they do so, the new M1 MacBooks could be a threat to Microsoft’s Surface. However, if we think about it, isn’t that what has happened since Macs can run on Windows? We have seen the Surface and MacBook lines coexist in the market for many years, and it has become clear that there is a market for both. Windows on Mac with M1 would not pose a new rivalry, but a collaboration that would enrich the market, and therefore it would be logical, and great, for Microsoft to make that leap.