Winget, the new Windows 10 package manager, now allows you to install apps from the Microsoft Store: we explain how to use it

Winget (Windows Package Manager) is he new Windows 10 package manager that Microsoft announced in May 2020 as a new way to install all kinds of applications from the terminal very quickly and easily, in the purest style of managers like those found in Linux, APT or pacman.

Ironically, the winget repositories from the beginning already included more interesting software than much of the Microsoft Store catalog, but it is also much that of the Windows 10 app store that was left out, at least until now. With the latest version of winget, some 300 hand-picked apps from the Windows store have been added to the repositories.

Winget already has more than a thousand packages

From version 0.2.2521 already available on GitHub, it is possible enable the installation of applications from the Microsoft Store available in the repositories. The detail is that you will have to do it manually.

You can use winget on Windows 10 as long as you have system version 1709 or higher. You will need to install the package App Installer from the Microsoft Store if you don’t have it, and install Microsoft.DesktopAppInstaller_8wekyb3d8bbwe.appxbundle
. 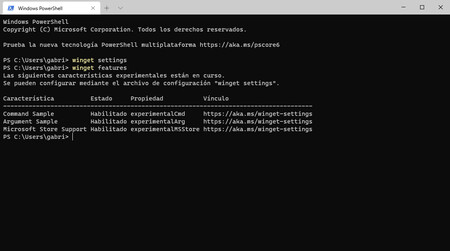 Once winget is ready on your computer, you will have to edit the winget settings document with any text editor that has JSON support, worth even the notepad. You can use the command winget features to check that the experimental functions like “experimentalMSStore” are enabled or not. 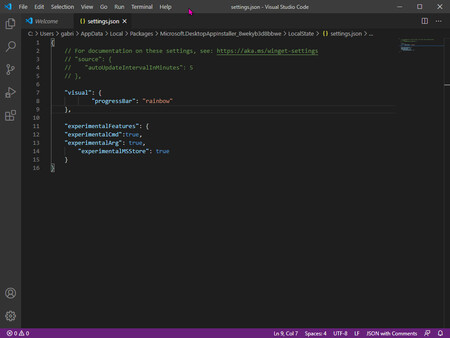 Save and the document and once finished you will have added the first 300 apps from the Microsoft Store that have been included in the repositories, all of them are free. From now on you should see apps from the Microsoft Store when you use the command winget show to show all the apps available in the repositories, which also distinguishes where the packages come from: 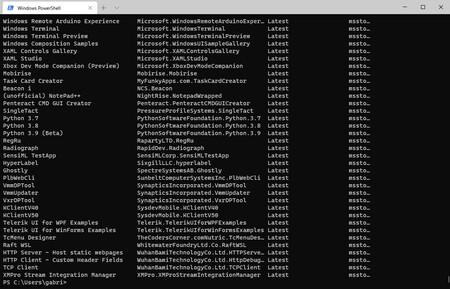 Winget, the new Windows 10 package manager, now allows you to install apps from the Microsoft Store: we explain how to use it

In the context of the International Day against the Death Penalty, the Inter-American Commission on Human Rights (IACHR) reiterated...
Read more

Summer 2021 protocol: a prior coronavirus test will not be a requirement to travel

The world exceeded 40 million cases of coronavirus but the actual number of cases is estimated to be much...
Read more

Although you can play for some of the...
Read more

The founder and operator of some of the first cryptocurrency "mixing" services will have to shell out $ 60...
Read more

Antutu is the page recognized for measuring the performance of processors and GPUs of mobile devices. The same...
Read more

Antutu is the page recognized for measuring the performance...
Read more
Technology

Maybe you didn't know that Apple does not...
Read more

As a preventive measure to guarantee social distancing and in conjunction with other health...
Read more

Chruchyroll, the anime platform, could be the next Game Pass addition

Microsoft is preparing to launch Xbox Series X/S with a heavy artillery, mostly on...
Read more