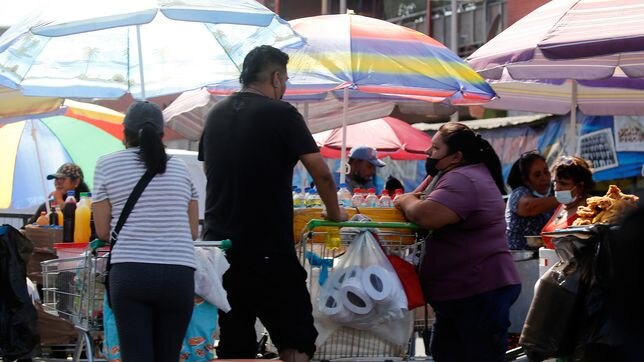 Currently, one of the main difficulties of the population has to do with the increase in the cost of living, due to the rise in inflation in the country and, regularly, the sectors most affected by this contingency are usually the vulnerable groups. The national economic situation is unfavorable, so that the contributions granted by the State can play a very important role.

In this context, one of the first measures implemented by the current Government, after arriving in La Moneda last March, consisted of the implementation of the Chile Supports 2022 aid plan. Today, the three main axes of the program to support households are the Winter Bonus, the increase in the Minimum Salary and also the extension of the Labor IFE.

This aid consists of the payment of a single sum, amounting to 120 thousand pesos. The delivery of this money is defined through the Social Registry of Homes, So no prior application is required.

– Belong to the 60% most vulnerable according to data from the Social Registry of Homes.

– Families that are in the subsystem of Securities and Opportunities dated August 1, 2022.

– People with Family Subsidy, Family or Maternal Allowance as of December 31, 2021.

This help from Government Its objective is to assist workers who are formally employed, after having previously been unemployed for at least one month.

Those who applied in August will receive three payments. The same fate will befall those who can do it in the months of September and October.

Those who apply in November, meanwhile, will get two payments. Finally, people who do it during December will only receive one payment.

The benefit delivery dates are generally during the first five business days of each month.

In the recent month of August, the Minimum Salary in Chile had a historic rise, which had not been seen for 29 years, and reached 400 thousand pesos. The benefit is mainly focused on dependent workers between 18 and 65 years of age who receive the minimum wage.

Additionally, for those workers of micro, small and medium enterprises, there is also the Mipyme Subsidy. This contribution seeks to help SMEs to assume this new increase.

Finally, the minimum wage is expected to reach 410 thousand pesos in January 2023. This as long as accumulated inflation exceeds 7% in December.