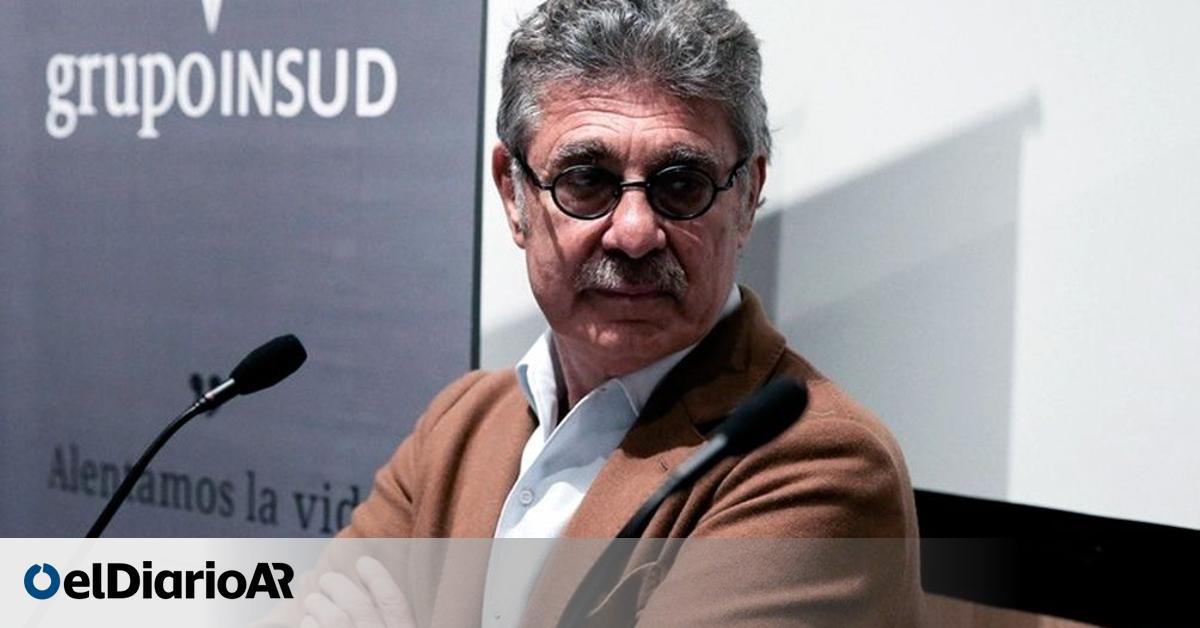 One day after the assumption of Juan Manzur as Chief of Staff, almost like a grimace of fate, Hugo Sigman it was news again. The owner of the Insud Group he chained two alegrías in just a few hours: first the election of his friend Manzur as a replacement for Santiago Cafiero; after the news that one of its companies, Sinergium Biotech, benefited from the selection made by the Pan American Health Organization (PAHO / WHO) of two laboratories that will be in charge of developing and producing vaccines with RNA technology in the region delivery courier. PAHO selected two entities from Argentina and Brazil for a process that, according to official information, will have the collaboration of the technology transfer center located in South Africa.

In the Argentine case, the selected one was a representative of the private sector, Sigman’s biopharmaceutical company that produces and distributes products locally and internationally. In the Brazilian case, the person in charge of development will be a state institution, the Bio-Manguinhos Institute of Technology in Immunology, which is part of the Oswaldo Cruz Foundation (FIOCRUZ) and has a 120-year history. From the pharmaceutical industry it was noted that Sinergium and Fiocruz will be the first to manufacture the vaccine against Covid 19 with RNA technology outside the United States and it was noted that the same technology could later be used to produce other vaccines.

As soon as his appointment to replace Cafiero was known, Sigman appeared associated with Manzur due to the close relationship that emerged in 2009, when the government’s new strongman debuted as Minister of Health, and deepened over the years, when the businessman became main sponsor of the governor of Tucumán. However, the designation of Sinergium by PAHO has to do with a previous process in which Sigman maintained its closeness to the government of Alberto Fernández, even after the departure of Gines González García. The rise of Manzur, in any case, raises once again, in the ranks of the Frente de Todos, the actions of the psychiatrist who also owns the film production company KyS and the publishing houses Capital Intellectual and Siglo XXI. Two and a half months after awkward photo who registered him with Ginés at the Icon Embassy Hotel -and several upsets him-, his name returns to the fore.

The announcement was made on Tuesday 21 during a virtual meeting of PAHO chaired by the director of the organization, Carissa Etienne, and in which the minister Carla Vizzotti, the presidential advisor Cecilia Nicolini, participated virtually. Along with them was Vizzotti’s chief of staff, Sonia Tarragona, former head of the Mundo Sano Foundation, chaired by Sigman’s wife, Silvia Gold. When it was her turn to speak, the minister assured that it was an honor for the country that Sigman’s company had been chosen.

The Sinergium plant is located in Garín, province of Buenos Aires. The official information indicates which company selected by PAHO will work with mAbxience, the laboratory that was in charge of manufacturing the active ingredient of the AstraZeneca vaccine and is also based in Garín. From the contract signed at that time for the provision of 22.4 million vaccines, which were expected for the first quarter of the year, around 13 million doses have arrived so far, according to the numbers released by the government. Last April, when no doses had yet arrived in the country, a series of notes from elDiarioAR resulted in Sigman breaking the silence and giving his Explanation about the delay through social media.

As in August 2020, when Alberto Fernández and González García announced what appeared to be salvation from Covid-19 at the time, Sigman is now functioning again as the local leg of a global project. In this case, however, everything indicates that the firm of the owner of the Insud Group will play an inverse role because it will be in charge of packaging what the American multinationals Moderna and Pfizer manufacture, the two that so far offer the messenger RNA platform. It is not clear, however, what the technology transfer process will look like and who will bear the cost of that transfer. So far, the patent release has been nothing more than a letter of good intentions.

As reported on its website, Sinergium Biotech has in recent years sealed agreements with two multinational pharmaceutical companies: one is precisely Pfizer, for the production of the pneumococcal vaccine, and the other is MSD (Merck, Sharp & Dohme, an Argentine subsidiary of Merck & Co), for the production of the quadrivalent vaccine against Human Papilloma Virus (HPV). Different is the case of the production of monoclonal antibodies, where Sinergium integrates together with the Elea Laboratory, Chemo (with mAbxience) and PharmADN a public-private consortium together with the Roffo Institute (UBA), the University of Quilmes and the Ministry of Science and Technology .

The enthusiasm of Minister Vizzotti and the new Minister of Science and Technology, Daniel Filmus, coincides with the pride they say they feel in the pharmaceutical industry but, like everything else, it has its other side. “The role of Sigman conceptually is the same as in the case of AstraZeneca, although technologically it is reversed. Most likely, the Argentine State will buy from him what he manufactures. The borders between the public and the private are blurred ”, he told elDiarioAR an industry source. Consulted for this note, from the Insud Group they preferred to take shelter in silence.

As published The nation, Sinergium Biotech has a contract with the State for the provision of calendar vaccines such as the flu. The 10-year exclusivity agreement with Sigman’s company was signed in 2010 by then Minister Manzur.